Abhijit Iyer Mitra’s bail rejected: Are the feelings of religious people more important than the rights of the non-religious?

The SC saying ‘jail is safest place for you’ trivialises the reality of custodial torture.

On his first day in office, the Chief Justice of India, Ranjan Gogoi, while rejecting a bail plea by Abhijit Iyer Mitra, remarked that if his life was indeed in danger, what safer place to be than in jail itself?

Abhijit Iyer Mitra, a journalist, was caught in a storm after his remarks on the Konark temple went viral on social media. After his arrest by the Odisha police, he was granted bail by the magisterial court in Delhi, on condition that he would join the police investigation from September 28. Abhijit Iyer Mitra was arrested for his satirical remarks on the Konark temple. (Photo: Twitter)

He did not participate in this, opening up the possibility of being arrested again. Iyer-Mitra therefore approached the Supreme Court, citing danger to his life and therefore, the extension of his bail — seeking the protection of the court, which constitutionally has been vested with the guardianship of our Fundamental Rights.

But the CJI’s remark about jail being the safest place for Iyer Mitra now raises the question, “How safe is judicial custody for an inmate?”

India’s public personalities tend to ignore or deny the reality of custodial torture, and, if countered with facts, normalise and dismiss it.

While there is no official data on the extent and nature of the physical and psychological brutalisation of persons in custody, a 2015 report by the Human Rights Commission of India sheds some light on this. It says: “Custodial violence and torture continue to be rampant in the country. It represents the worst form of excesses by public servants entrusted with the duty of law enforcement.”

The reality of custodial torture is often denied by public authorities in India. (Photo: PTI/file)

The Supreme Court itself has had to take cognisance of the brutal treatment of prisoners in innumerable cases — from Raghbir Singh vs State Of Haryana in 1980 to Gauri Singh Sharma vs State of UP in 1990, Bhagwan Singh vs State of Punjab in 1992 to Munshi Singh Gautam and others vs State of Madhya Pradesh in 2005, the judiciary has constantly been forced to recognise this, and reprimand the government for taking no action against it. India is yet to ratify the United Nations Convention on Torture and frame an anti-torture law to protect prisoners in Indian jails.

Since Iyer Mitra’s case is related to the Odisha police, it is pertinent to point out that last year, according to an RTI report, 33 deaths were recorded in police custody in Odisha.

Given this track record, it is fairly unfathomable how the court now can guarantee Iyer Mitra’s safety in an Odisha jail, without even ordering provisions specifically for it.

The fear for Iyer Mitra’s safety is compounded by the highly political nature of the incident, apparently involving the ire of the BJD, the party in power in Odisha, against former MP Baijayant Panda. Abhijit Iyer Mitra, Panda’s friend, has become a convenient victim of this vendetta. 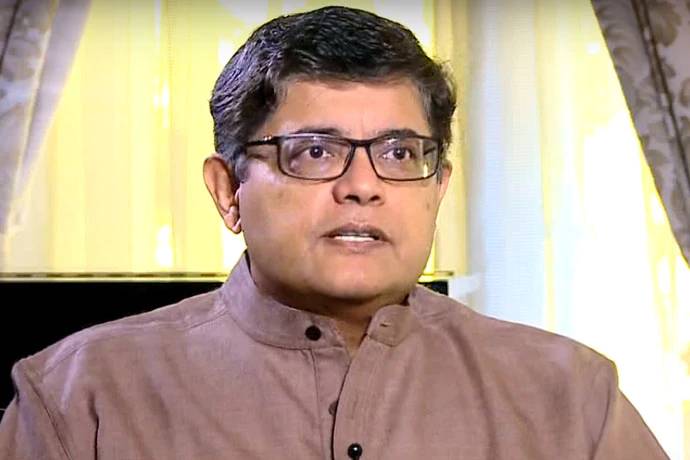 Justice Gogoi’s statement doesn't apparently take much cognisance of the record of inmate safety of Odisha’s jails, nor of the existence of the practice of political parties in India using jails to “fix” people. To observers, it is quite chilling for a Supreme Court justice to have so glibly guaranteed that jails are safe.

The Bench also observed that Iyer Mitra had indeed insulted the religious beliefs of Hindus, and therefore asked how he was entitled to bail.

In a society like India, where religiosity is so deeply entrenched, it is next to impossible to argue that “sentiments and emotions” do not, and should not, have rights. Yet, majoritarian societies have a vested interest in keeping exploitative structures in place, and therefore, continue victimising minority voices. This is why Section 153A of the IPC is here to stay, but what is shocking is the apparent judicial endorsement of the same.

The irony of protecting sentiments is that a devout Hindu, who truly believes in the celibacy of Lord Ayyapa, may feel extremely hurt if a menstruating woman is allowed to enter the sanctum sanctorum of the Sabarimala temple. Indeed, many “religious people” did come forward on social media and other platforms and spoke against allowing women's entry into the temple. Yet, that did not stop the Supreme Court from upholding the individual right of a woman to practice her religion.

Justice Chandrachud also observed that it may not be the jurisdiction of the court to determine the essential practices of a religion, but it surely should intervene if the practices trample on the rights of individuals, promised to them by the Republic of India. 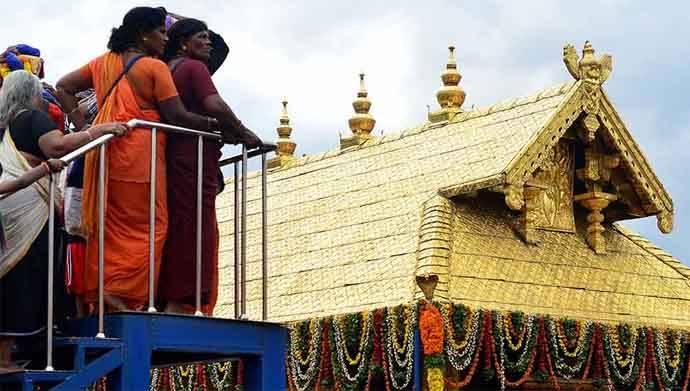 Like the SC ruled in the Sabarimala temple case, 'sentiments' of a group cannot be allowed to trample on individual rights. (Photo: PTI/file)

But Iyer Mitra’s rights — the fundamental right to freedom of speech and expression — seem to run the risk of being thrown under the bus to protect “religious feelings”.

What’s more dangerous is that the SC’s remarks will inflate the entitlement that religious groups all around the world feel.

Charlie Hebdo artists weren’t killed only because of their work — they were killed because a considerable number of people believed that it is justified to punish a person who has hurt others’ sentiments. This is a dangerous equalisation. Religious entitlement is real, and, instead of being encouraged, it must be halted.

IPC 295A, and a judicial acceptance of criminalising “hurting sentiments”, has the potential to further religious radicalisation in India.

Religious entitlement was fundamentally ushered in by including the right to propagate religion in the Constitution, without a counter right to, or even de-criminalisation of, the right to criticise it.

Vocal non-religious people often find themselves dead, like Narendra Dabholkar, or in jail, or harassed by the system, like Iyer Mitra. This contradicts the very basic rule of law, which rests on the notion of “absence of privileges for any person” and “equal subjection to law”.

Section 295 A of the IPC creates a section of people and puts their sentiments on a moral lawful pedestal — thereby contradicting the very basics of equality entrenched in our Constitution.

It is therefore time for the judiciary and legislature to step up — to protect the rights of the non-religious minorities of this country, to uphold freedom of speech, and most importantly, bring down undemocratic laws like 124A IPC (sedition) and 295A IPC.

Such arbitrary laws put each of us at risk of getting arrested any moment the state wants to put us away. An offence which may offend but does not have any real victim should not be a crime!