“If your life is in danger, then what better place to stay than the jail, you will be secure.”

This is what a Supreme Court bench headed by Chief Justice of India, Ranjan Gogoi, told defence analyst Abhijit Iyer-Mitra through his lawyers, who approached the court on October 4, seeking relief from possible arrest.

On October 23, Iyer-Mitra was arrested in connection with the two FIRs filed against him — one each in Konark and Bhubaneshwar — for an allegedly sarcastic video and comment on the Konark Sun Temple that he posted on Twitter on September 16. 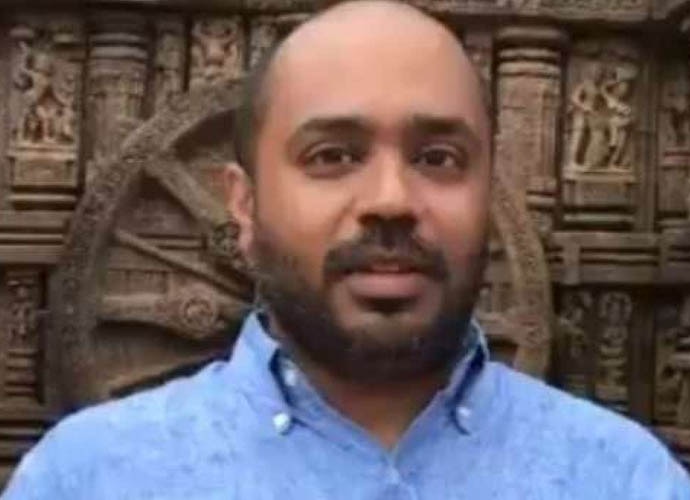 Iyer-Mitra, who was denied bail on November 13, may or may not be secure in jail — as the SC bench would have us all believe — but democracy surely isn't so safe in India.

This is the second time he has been denied bail in connection with the case.

The charges slapped against Iyer-Mitra fall under Sections 153A (promoting enmity between different groups on grounds of religion), 295A and 298 (criminalising acts or words uttered intended to outrage or wound the religious feelings of any individual or class), and 34 (acts done by several persons in furtherance of common intention) of the Indian Penal Code.

In a country where those accused of murders, rapes and robberies easily get bail, the denial of bail to Iyer-Mitra yet again is a blatant example of a state apparently hounding its citizens.

The content of the video that has landed Iyer-Mitra in trouble may appear stupid to some, distasteful to others, and just humorous to still others, but it doesn’t, for sure, merit incarceration without even the basic right to bail.

In its various verdicts, the Supreme Court of India has reminded us frequently that the basic rule is bail and not jail - except where there are circumstances suggestive that “the accused may flee from justice or thwart the course of justice or create other troubles in the shape of repeating offences or intimidating witnesses and the like by the petitioner who seeks enlargement on bail from the court”. The Supreme Court itself believes people should be given bail when ever possible. (Source: Reuters/Photo for representation)

Bail too is granted with riders. These include restrictions on the movement of the accused as well as monetary bonds.

Even incarcerated convicts in India are allowed to come out of jail on parole. Jessica Lal’s killer Manu Sharma could step out of jail on parole, despite a reported track record of trying to influence the investigation earlier on. Many others, including Bollywood actor Sanjay Dutt, jailed for illegal possession of arms, have been granted parole in the past.

Iyer-Mitra is not a convict. He is a victim of state high-handedness. His plight is an example of how vulnerable citizens are and how fickle are the rights granted to them because the state is powerful enough to strip citizens of their rights when it so chooses.

To firm up the case against Iyer-Mitra, a tweet, which is about a year old, has also been fished out and presented as an 'affront' to Odia pride.

Conspicuous by his silence on all this is Odisha chief minister, Naveen Patnaik. Reports suggest that Iyer-Mitra has seemingly become a victim of the power politics reported between Patnaik and former Member of Parliament, Baijayant Panda, whom Iyer-Mitra was accompanying on a trip to Odisha when the trouble occurred.

Iyer-Mitra has seemingly become a victim of the power politics between Patnaik and former member of Parliament, Baijayant Panda, who Iyer-Mitra was accompanying when the ‘objectionable’ videos were shot.

Old tweets of Iyer-Mitra, who tilts ‘right of centre’, recommending jail for ideological opponents, seemingly in jest, have been dug up to apparently justify his incarceration.

If the real intention is thus to ‘teach him a lesson’ due to politics, the same should be spelt out clearly.

Also, it will help people know for sure that 'free speech' is just a fancy concept, the stuff of ‘Alice’s Wonderland’ - not the land of India, or Odisha, for that matter.

The roles of custodians of religious, regional and national pride can be easily traded for political currency when elections come knocking. With Odisha just months away from both Assembly and Lok Sabha election, Iyer-Mitra could well be the bait, whose victimisation would be up for sale when campaigning starts full throttle.

Iyer-Mitra has already clarified — and apologised unconditionally — for the video before a house committee of the Odisha Assembly. “I beg apology because of my stupidity,” he said before the committee on October 23, soon after which he was thrown into jail.

The judiciary is the last resort for vulnerable people when the state denies them their constitutional rights. Iyer-Mitra has been told by the judiciary that he must stay in jail because he will be safe there. This could be wry humour.

But then, humour is punishable with jail. It is apparently so serious an offence that it doesn’t even warrant bail.