Honestly, politicos speaking at universities is such a bore. And dangerous too. Next, we'll all be thinking we live in a democracy.

’Tis spring, the season of love, and Valentine’s Day is nigh.

But so is Lok Sabha General Election 2019, and among our political class, there’s no love lost.

On February 12, Akhilesh was going to Prayagraj to attend a students’ union event at Allahabad University when the long arm of the UP administration caught him — literally caught him, with Akhilesh exclaiming ‘Don’t touch me’ — at Lucknow airport.

The SP chief was not allowed to go to the university.

I was prevented from boarding the airplane without any written orders. Currently detained at Lucknow airport.It is clear how frightened the govt is by the oath ceremony of a student leader. The BJP knows that youth of our great country will not tolerate this injustice anymore! pic.twitter.com/xtnpNWtQRd

Now, India is a democracy. Censorship is not officially allowed, unless under very special circumstances. But that doesn’t mean we let artistes, authors, political opponents, etc., say just anything they want. What if they end up speaking the truth? What if voters end up believing what they are saying?

But keeping an eye out for who is planning to invite whom at what function in this vast country of ours, and stopping them from doing so, is too much hard work.

So, the powers that be seem to have come up with a new solution — disinvite.

Thus, in January, author Nayantara Sahgal was invited to the Akhil Bharatiya Marathi Sahitya Sammelan, and then disinvited.

Amol Palekar made it to the stage of an NCPA event in Mumbai recently — but had to step off before saying whatever he had to say.

In Akhilesh’s case — because UP does everything better — he was bodily prevented from reaching the venue at all. 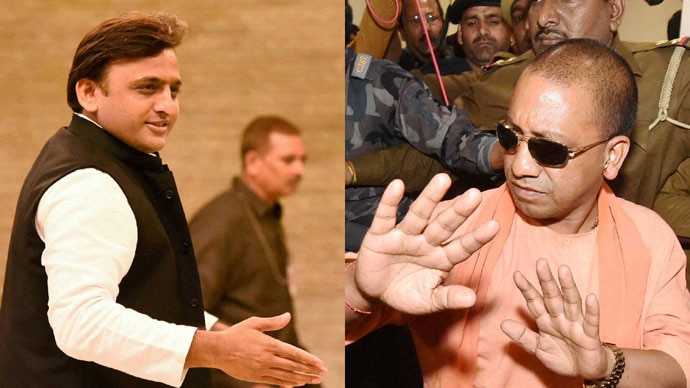 CM Yogi Adityanath offered an excellent reason for doing so: “The Samajwadi Party should refrain from its anarchist activities. Allahabad University said that Akhilesh Yadav’s visit may create law and order problem because of the dispute between student organisations. Hence, the government took this step," he said.

What can possibly be more ‘anarchist’ than giving a speech?

Some would say a state government apparently abdicating its duty of maintaining ‘law and order’, at an event organised by students, and instead cancelling the event itself.

But those saying this would be wrong — needing some disinvitations themselves.

And honestly, had Akhilesh made his speech, what would have come of it?

Some sloganeering, some charges made, some allegations which the BJP would have then had to respond to.

More sloganeering, more charges made. A waste of everyone’s time.

What the UP government did was so much better, and neater.

But what of freedom of speech, and the students’ right to interact with whichever leader they chose? Well, as is the new norm — the less said the better.