The Saudi royal is known for being so much more than just a Prince Charming.

Mohammed bin Salman (MBS), the Crown Prince of Saudi Arabia, is described as a most progressive reformer in several publications across the globe. Ever since he became his country's de-facto leader in 2015 — get this, critics suggest, by ‘eliminating’ rivals — most news about him in international media has been on the ‘economic and social reforms’ taking place in his conservative country.

But this prince is no simple Prince Charming.

Here are a few things you should know about the Crown Prince.

Saudi Arabia is not fond of Iran. Iran is fond of Yemen, and therefore, Iran would have wanted to send aid over to the nation especially in the time of the civil war that is plaguing the nation. But, as we know courtesy Bollywood, 'dushman ka dost dushman hota hai' — so, Saudi Arabia and the UAE have blockaded the strategic port of Hodeidah, which they believe is the main entry point of weapons.

Now, this is after Saudi Arabia’s aerial campaign targeting the Houthi rebels, and the over 16,000 raids in Houthi-held areas. With the ports blocked, Yemen may not get guns — but they are also brutally deprived of food. 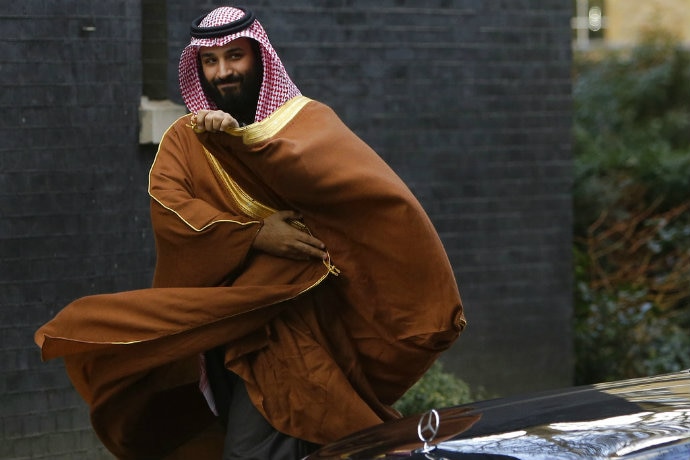 An enigma, cloaked in many mysteries. (Source: AP)

Reportedly, over 10,000 people have been killed in the Yemen war, but thousands more have died from the terrible famine resulting from the war.

Guess how MBS responded to such atrocities?

“In any military operation mistakes happen ... Of course, any mistakes made by Saudi Arabia or the coalition are unintended mistakes,” he told Time, in April 2018.

And we thought all 'mistakes' are unintentional — but perhaps only the Saudi’s mistakes qualify.

They say, “Don’t shoot the messenger.” But the Crown Prince apparently hasn’t heard this one, even though he is believed to read “one book a week,” as assigned by his father, King Salman.

Which is why, it seems, when Saad Hariri, the prime minister of Lebanon, landed in the Saudi capital in November 2017, his phone was confiscated on arrival, and a day later, he ‘mysteriously’ resigned from his post — live on a Saudi-owned television channel. What? It was just a vacation — Lebanese PM Saad Hariri with the Crown Prince and French President Emmanuel Macron. (Source: AP)

Reuters reported that Hariri was presented with his resignation speech to read on television, but the Crown Prince denied having anything to do with the fact that Hariri just resigned from his job in that peculiarly abrupt way. While he was in his country.

Of course, Michel Naim Aoun, President of Lebanon, rejected the resignation and demanded the return of the "detained" prime minister, which he was — except the PM then accused Iran and Hezbollah of destabilising Lebanon — remember Saudi’s war against Iran — and remained in the Saudi capital for two more weeks.

There were pics, too.

'Chilling' is the word.

If there was one piece of news that positioned MBS as the ‘millennial’ hero and a ‘social reformer’ , it's where he lifted the ban on women driving in the country. International media hailed him as ‘progressive’ with all glowing credit going to him. 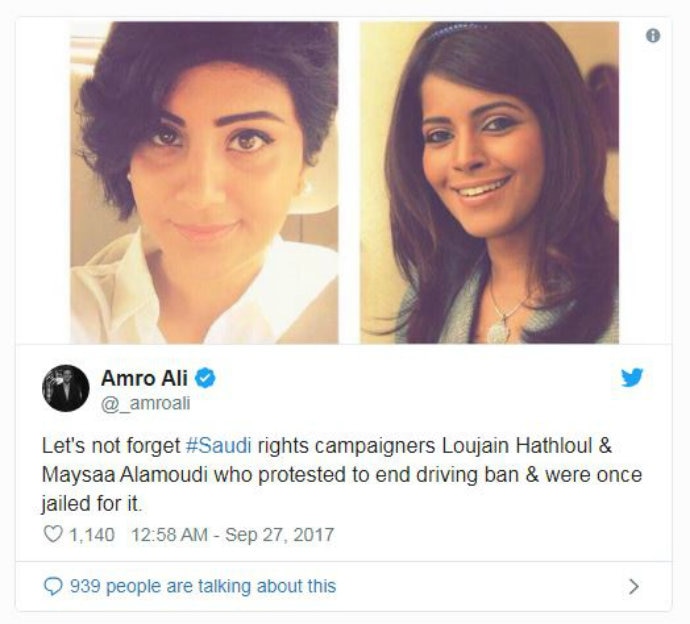 In actuality, however, there were scores of activists who’ve fought for this moment before MBS waltzed away with the credit. But guess what happened to them? Several activists, especially women, were arrested earlier this year, just weeks before the ban was officially lifted. They’re still in jail, along with other activists arrested on other grounds.

It doesn’t take a rocket scientist to understand what had happened — silence those raising a voice against the regime, then ‘allow’ what they were fighting for and claim credit for it. But what about those who were arrested? Turns out they were (of course) Irani spies!

“Qatar is one of those countries that recruited some of those people. And some agencies indirectly working with Iran. Those are the two main countries that are really recruiting these people,” he said.

So, Saud al-Qahtani has been named in the brutal murder of journalist Jamal Khashoggi at the Saudi consulate in Istanbul. Guess how the orders of the killing were apparently sent?

Okay, so Qahtani was removed by the Crown Prince, but to say that he was the mastermind behind this cold-blooded murder, with the Crown Prince completely unaware, then questions MBS's control over his own people. Jamal Khashoggi was brutally murdered in the Saudi consulate in Turkey. Who did that? (Source: Reuters)

And to say that the Prince was fully aware of whatever was happening inside the consulate in Istanbul, is, well...

Qahtani's own tweet alleges that his boss was in the know: “Do you think I make decisions without guidance? I am an employee and a faithful executor of the orders of my lord the king and my lord the faithful crown prince.”

“Bring me the head of the dog,” was Qahtani's apparent instruction to a 15-member hit team, as alleged by Turkish intelligence, who, reportedly, have a copy of that Skype call.

So much for working Internet!

This time, the Crown Prince is on a South Asian visit — with Pakistan ticked off his list, he is headed for India now, along with his ‘dushman ka dost dushman hota hai’ understanding of the world.

Given that he’s already ordered the release of Pakistani prisoners, against India’s ‘healthy’ relationship with Iran, perhaps even Bollywood films have a far less predictable climax.