The court's order stopping media from reporting on the land deal case impacts not just the freedom of speech but also hits hard at demand for transparency.

For a week now, there has been one incident which has been dominating Andhra Pradesh’s news cycle: the Andhra Pradesh High Court’s order in the Amaravati land deal case. In an interim order dated September 15, 2020, the High Court accepted a plea by a former advocate general against whom an FIR was registered by the Anti-Corruption Bureau (the FIR included several other high profile names as well) in the case.

The court not just stayed the ongoing investigation in the case, but also issued a gag order on the media from reporting on the case. The court in its order stated, “It is further directed that the news in regard to registration of FIR or in the context of the said FIR shall not be made public in any electronic, print or social media, to foist the office of a former Advocate General and also with respect to the other alleged accused persons.” Apart from this, there has been no explanation given as to how merely reporting on the facts of the case would harm the petitioner or the lack of it thereof would benefit him in any way. 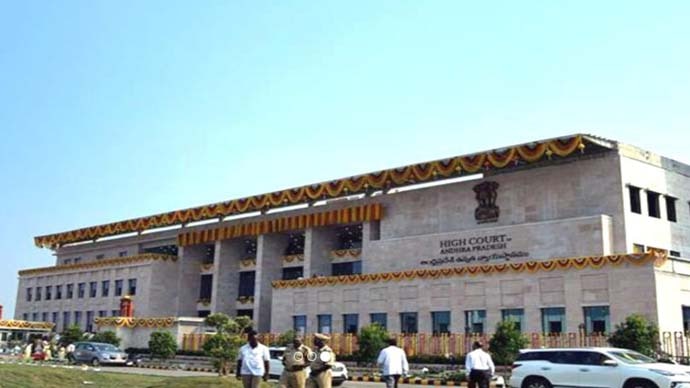 Putting a gag order on the media is a double-edged sword. It impacts not just the freedom of speech but also the citizen’s right to know. Firstly, in a democracy, the public has the right to know about what goes on inside the institutions that have been set up to protect the interests of the society they live in. This is especially true when a case deals with people in the upper echelons of a public office — the ones entrusted with the administration of the country. Secondly, the land in question, in this case, is that of Amaravati — the proposed legislative capital of the state. The significance of the case thus becomes manifold and any attempt to hinder the reporting on the case goes against the interests of the people of Andhra Pradesh.

Speaking purely in legal terms, a gag order infringes on the Right to Freedom of Speech and Expression conferred under Article 19 of the Indian Constitution, provided it is not justified by any of the exemptions mentioned in Article 19 (2). The clause states that reasonable restrictions can only be placed on the Right to Speech and Expression if it is the interest of the sovereignty and integrity of India, the security of the State, friendly relations with foreign States, public order, decency or morality, or in relation to contempt of court, defamation or incitement to an offence. However, the interim order by the Andhra Pradesh High Court simply fails to justify the gag order on any of the above grounds.

Though there aren’t clear laws that define when a gag order could be placed, there are certain cases that have guided the courts time and again in taking decisions on the same. The question of prior restraint on media first arose before the Supreme Court in 1988 in Reliance Petrochemicals Ltd vs Proprietors of Indian Express Newspapers Bombay (P) Ltd case. The court observed in the case that any preventive injunction against the press must be “based on reasonable grounds for keeping the administration of justice unimpaired” and that, there “must be reasonable ground to believe that the danger apprehended is real and imminent.”

Another key case that is often used as a reference in deciding grounds for a gag order is the Sahara vs SEBI case in 2012. The court, in this case, observed that “Given that the postponement orders (temporarily stopping the media from reporting on an issue) curtail the freedom of expression of third parties, such orders have to be passed only in cases in which there is a real and substantial risk of prejudice to fairness of the trial or to the proper administration of justice which in the words of Justice Cardozo is “the end and purpose of all laws”...The order of postponement will only be appropriate in cases where the balancing test (between the requirements of administration of justice and media freedom) otherwise favours non-publication for a limited period.”

In the context of this case too, it is important to understand that press is at the heart of any discourse in a society. It is the link between the institutions, which are primarily set up to safeguard the interests of society, and the society itself. Any attempt to silence the voice of the press corrodes transparency, that is the very foundation on which democracy functions. Besides, a delayed publication of news only makes it lose its value.

However, it must be mentioned that the Supreme Court on multiple occasions has overturned gag orders passed by lower courts. For instance, in 2018 the Patna HC restrained the media from reporting on the Muzaffarpur Shelter Home case. The SC set the order aside by asking the media to report in a responsible manner on the issue. Thus, in the Amaravati land scam case as well, the Supreme Court is the last recourse for justice for the people of Andhra Pradesh. The freedom of the press is of paramount importance in any democracy. What precedence does it set when a gag order is issued on the press of the world’s largest democracy? Besides, occurrences like these could open the floodgates to gag orders.

Leaving aside all the legal arguments of the case and the issue of a gag order and on what occasions it must be given, the whole incident boils down to just one question a common man is left wondering after this order, “Why am I, as a part of a society, being excluded from my basic right to know about the very society I live in?”

#Gag orders, #Andhra pradesh capital, #Andhra pradesh high court, #Amaravatilandcase
The views and opinions expressed in this article are those of the authors and do not necessarily reflect the official policy or position of DailyO.in or the India Today Group. The writers are solely responsible for any claims arising out of the contents of this article.

The writer is a Rajya Sabha MP and the national General Secretary of the YSR Congress Party.