Kashmir, an RSS laboratory? Abrogation of Article 35A, military build-up and tension suits BJP, but it hurts India

Articles 35 A and 370 are integral to Kashmir's accession to India. Talk of removing these is causing great tension. The BJP may profit politically, but the idea of India is suffering.

The entire argument about Article 370 — and, as a consequence, Article 35A — has been wrongly linked to the idea of complete integration.

This mistake was first made on November 27, 1963, when Jawaharlal Nehru boastfully announced that Article 370 has been eroded and Kashmir stands fully integrated.

His Home Minister, Gulzari Lal Nanda, while responding to NC Chatterjee’s comment on the floor of Parliament, reasoned that Article 370 is nothing more than a shell emptied of its contents. "Nothing has been left in it; we can do it in one day, in 10 days, 10 months. That is entirely for us to consider," he argued. 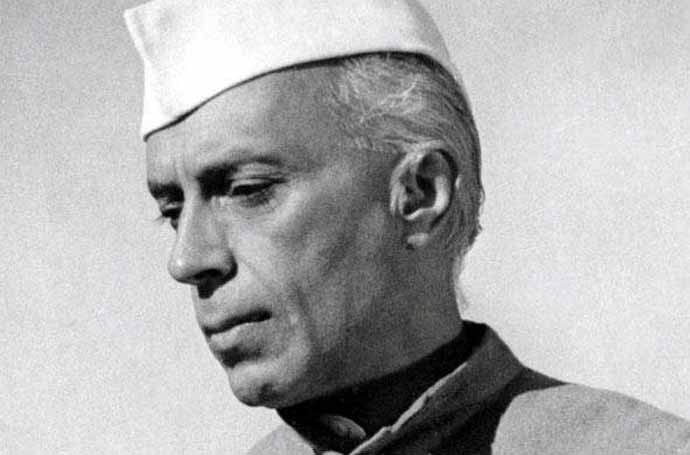 Did he get Article 370 wrong first? (Photo: India Today)

On June 28, 2019, Home Minister Amit Shah, while damning Nehru for his alleged blunders on Kashmir, asserted that Article 370 was a temporary provision — and as thus amenable to immediate Constitutional assault for delivering the final and permanent solution to the Kashmir problem.

It is more than a coincidence that two Home Ministers speaking 56 years apart are on the same page vis-à-vis abolishing the special Constitutional arrangements between the Union of India and the state of J&K in the interest of complete integration.

The anxiety associated with the failure to bring peace to Kashmir in the last seventy years has always compelled the Indian state to press the wrong buttons on Kashmir — and every time a new Presidential order was pushed across, the goal of integration became even further more elusive.

Revoking Article 35A — and threatening the reclusive ghost of Article 370 — is not going to do any good to the relationship, and, as suggests the historical experience, it will lead to further alienation.

The irony is that the BJP is not interested in knowing this at the moment. 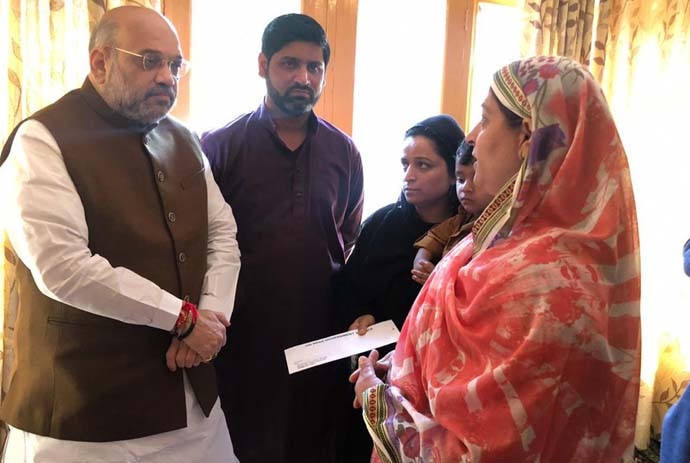 Reaching out in Kashmir: But why isn't the Centre sensing the region's unease? (Photo: ANI)

The right-wing has framed the debate around Article 35A in such a way that those who see it as an obstacle to gender parity and economic development lose sight of the larger designs of demographic change and a nationalistic urgency to force a sense of defeat on Kashmiris, by dismantling the last fortress of their empowerment from the Indian Constitution.

The sudden troop build-up in Kashmir, and rumors of a possible military crack-down in the wake of a likely assault on Article 35A, has therefore generated huge anxiety across Kashmir.

There is a genuine fear that the BJP might throw due process to the winds and engineer a Constitutional coup to revoke Article 35A in order to calm the hungry and unemployed millions in other parts of the country who are yet to witness the NDA’s economic miracle.

In fact, this might be for the first time that traditional sensitivities with respect to managing ‘Kashmir’ are being replaced by a policy of provocation and Kashmir is being turned into an Orwellian laboratory for testing the RSS agenda. Fortress state? The recent build-up of troops in Kashmir has caused panic among locals with fears over Article 35A. (Photo: ANI)

The political formations within Kashmir have been constantly agitating that let there be a popular government in place — the concerns with respect to the property rights of women will be duly addressed.

All political parties have been one voice about the need for bringing gender parity by incorporating relevant High Court Judgments in the property legislation of the state. We have said that let the state legislature do it. We have also said that issuance of a Presidential order on the subject will bring under a cloud all other Presidential orders issued since 1954, threatening the very foundations of the center-state relationship.

We have also argued that forced delimitation in contravention to the state legislature's freeze till 2031 will enhance the trust deficit. No one is against delimitation if it done while following due process and at the right time.

The BJP knows that while working around the regional faultiness, the revocation of Article 35A can help it in furthering Mission 44 in J&K, evidently to have a Hindu CM, not realising the larger implications of such unilateral assault.

The BJP doesn’t understand that when Kashmir stands up to defend Article 35A, what is being defended in essence is the relationship, howsoever sour, that Delhi has with Srinagar.

It is in India’s interest to retain these provisions that reflect the historical promises made to the people of J&K and a sacred covenant signed by the founding fathers. Scrapping the article means scrapping the relationship. The bedrock of accession: The importance of Article 35A to Kashmiris can't be over-emphasised. (Photo: IndiaToday)

The BJP must also realise that in 1947, it might have been for the first time in the history of mankind that a sovereign, Muslim-majority state ‘willingly’ acceded to a non-Muslim 'dominion' — and Articles 370 and 35A are the essential components of that contract.

Sheikh Mohammad Abdullah sided with a secular, democratic republic instead of an avowedly Islamic state, with the hope that ideals of the freedom struggle of India would endure.

But, in a bid to deform India into a majoritarian Hindu state, the BJP is forcing Kashmiris to challenge Sheikh Mohammad Abdullah’s wisdom one more time. To my mind, India’s descent towards a majoritarian Hindu polity is proving those presumptions wrong on which the Sheikh had agreed to go against the spirit of Partition.

It is the BJP that is reopening the accession debate in Kashmir — scratching old scars, despite knowing that the dissolution of J&K’s Constituent Assembly in 1957 had closed the road to these Constitutional adventures forever.

The BJP is trying hard to prove that Indian secularism is an iceberg without a base and had India proclaimed itself to be a Hindu rashtra in 1947 only, when Pakistan declared itself an Islamic republic, there would have been greater clarity in the politics of the subcontinent.

The façade of secularism on the one hand, and the attempts to foist demographic change on a Muslim-majority state without respecting the will of the people, by organising military crackdowns against an entire population, is simply an attempt to hurt the idea of India.

It needs to be remembered that India is not an imperialistic power out to conquer territories and oppress its own people. The Indian idea of 'adhikara' and 'ista-devata' is about winning hearts and minds. Driven by extreme ambition, the BJP should step back on Kashmir and not perpetuate the mistake of sacrificing Kashmir at the altar of national politics.

Kashmir needs to be left alone to heal.

Giving Kashmiris fresh wounds and attempting forced assimilation for getting a few more seats in the Assembly is a misadventure that the BJP can try — but India can’t afford.

Post your comment
#Amit Shah, #Troops jk, #Article 370, #Article 35 a abolish
The views and opinions expressed in this article are those of the authors and do not necessarily reflect the official policy or position of DailyO.in or the India Today Group. The writers are solely responsible for any claims arising out of the contents of this article.

The writer is a former IAS officer and president J&K People's Movement.