Our Kashmiriyat was pro-poor and anti-landlord: Article 370 enabled Kashmir to give land to the tiller. Today, that freedom is gone

Many promises were made to Kashmir, including Nehru's on a referendum and the freedom Article 370 gave to liberate Muslim peasants from landlords. That Kashmiri freedom is choked now.

The recent unilateral decision of Prime Minister Modi’s government to revoke Article 370 — which guaranteed the special status of Jammu and Kashmir — the dismemberment of the state, and its diminishment are, to my mind, flagrant violations of the sovereign Constitution of India.

These moves jeopardise the federal structure of India. The erosion of the rights and privileges of a state is an unhealthy precedent to set in a diverse and federal country.

The current curbing of political and civil rights in Jammu and Kashmir is deplorable and cringe-worthy.

On October 26, 1947, Maharaja Hari Singh signed the 'Instrument of Accession' to India, officially ceding to the government of India jurisdiction over defense, foreign affairs and communications. The accession of J&K to India was accepted by Lord Mountbatten with the provison that once political stability was established in the region, a referendum would be held in which the people of the state would either validate or veto the accession. 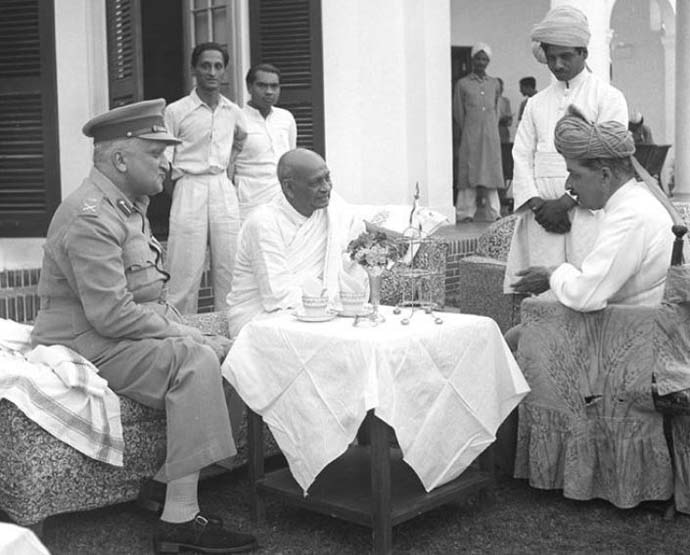 The Maharaja Agreed: There is a powerful history to Kashmir agreeing to accede to India. This can't be ignored. (Photo: India Today)

After signing the Instrument of Accession, the Maharaja appointed his political adversary, Sheikh Mohammad Abdullah, as the head of an interim government.

On November 2, 1947, Pandit Jawaharlal Nehru — the first Prime Minister of independent India — reiterated his government’s pledge to not only the people of Kashmir, but also to the international community, to hold a referendum in Indian and Pakistani-administered Jammu and Kashmir, under the auspices of a world body like the United Nations, in order to determine whether the populace preferred to be affiliated with India or Pakistan.

Nehru emphasised this commitment several times at public forums over the next few years.

In January 1948 India referred the Kashmir dispute to the United Nations (UN). Prime Minister Nehru took the dispute with Pakistan over Kashmir beyond local and national boundaries by bringing it before the UN Security Council (UNSC), and seeking a ratification of India’s legal claims over Kashmir.

The UN reinforced Nehru’s pledge of holding a plebiscite in Kashmir, and in 1948, the Security Council established the United Nations Commission for India and Pakistan (UNCIP) to play the role of a mediator in the Kashmir issue. The UNCIP adopted a resolution urging the government of Pakistan to cease the infiltration of tribal mercenaries and raiders into J&K.

It also urged the government of India to demilitarise the State by “withdrawing their own forces from Jammu and Kashmir and reducing them progressively to the minimum strength required for the support of civil power in the maintenance of law and order.”

The resolution proclaimed that once these conditions were fulfilled, the government of India would be obligated to hold a plebiscite in the state in order to either ratify or veto the accession of J&K to India.

In the meantime, the Government of Jammu and Kashmir negotiated with the central government to ensure that it would be allowed to function as a fully autonomous unit within the federation — Article 370 of the Constitution of India ensured that apart from defense, foreign affairs and communications, decisions with regard to other matters would be determined with the consent of the Government of Jammu and Kashmir.

There was a reason that special status was guaranteed to Jammu and Kashmir under Article 370 of the Indian Constitution.

On July 13, 1950, the new government of J&K, headed by Sheikh Mohammad Abdullah, made a landmark decision. A promise made: Pandit Jawaharlal Nehru had promised a referendum in J&K. (Photo: India Today)

"Between 1950 and 1952, 700,000 landless peasants, mostly Muslims in the Valley but including 250,000 lower-caste Hindus in the Jammu region, became peasant-proprietors as over a million acres were directly transferred to them, while another sizeable chunk of land passed to government-run collective farms.

By the early 1960s, 2.8 million acres of farmland (rice being the principal crop in the Valley) and fruit orchards were under cultivation, worked by 2.8 million smallholding peasant-proprietor households,” Kashmir: Roots of Conflict, Paths to Peace (Sumantra Bose).

This metamorphosis of the agrarian economy had groundbreaking political consequences.

This revolutionary measure, which greatly improved the human development index in the state, would not have been possible without Article 370.

The political logic of autonomy and Article 370 of the Indian Constitution was necessitated by the need to bring about socioeconomic transformations.

The legislative bill, which had orchestrated this transformation, won the unstinting support of thousands of erstwhile disenfranchised peasants — but displaced landlords and officials in the Dogra regime made no bones about their hatred of the political supremacy of the new class of Kashmiri Muslims.

This hatred unleashed a reign of terror and brutality against the Valley’s new political class.

The “defining moment in Jammu and Kashmir's post-Indian independence history” came in 1950, when disenfranchised peasants were freed from the shackles of landlords through a law that gave them ownership rights on the land they tilled. The sweeping land reforms under the 'Big Landed Estates Abolition Act' passed on July 13, 1950, changed the complexion of Kashmiri society.

The historical image of the emaciated local farmer in tatters, with sunken faces and listless eyes, toiling to fill the granaries of landlords changed overnight into one of a landowner who expected to benefit from the labor he had put in for generations.” When Kashmiri peasants got the land they tilled (F Ahmed). 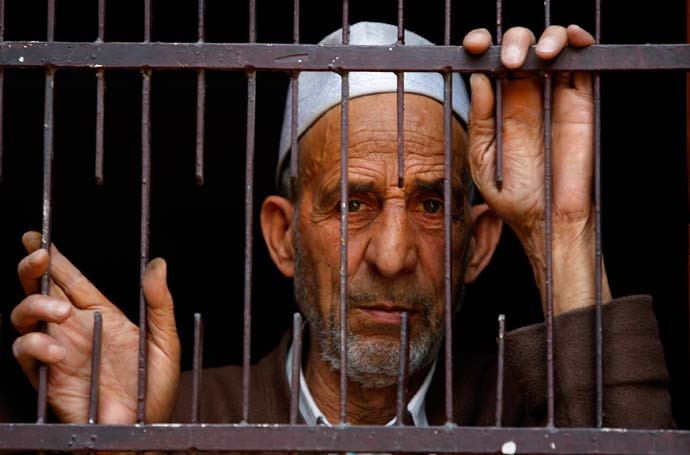 This programme emphasised the necessity of abolishing exploitative landlordism without compensation and enfranchising tillers by granting them the lands they worked on. Many policy makers in the Indian subcontinent, political scientists and economists have acknowledged the effectiveness and rigor of land reforms in Jammu and Kashmir, which benefited underprivileged farmers in all three parts of the state, Jammu, Kashmir and Ladakh.

In August 1952, the government of J&K reiterated the commitment to the principles of secularism and democracy which enabled the forging of ties with the Indian nation-state: “The supreme guarantee of our relationship with India is the identity of secular and democratic aspirations, which have guided the people of India as well as those of Jammu and Kashmir in their struggle for emancipation, and before which all constitutional safeguards will take a secondary position.”

For the layperson, the “new Kashmir”, where the hitherto peripheralised Muslim population of the Valley and marginalised women, would reinsert themselves into the language of belonging was a welcome development.

But the nationalist project of the Praja Parishad had sought the subsumption of religious minorities into a centralised and authoritarian state since the 1940s.

These integrative and centralist measures were met with massive opposition, which the government of India suppressed with bloody manoeuvres.

The volcanic nature of the protests in the Valley gave a veneer of legitimacy to its action of large-scale repression of leaders of the Plebiscite Front.

Sheikh Mohammad Abdullah was also arrested, for the umpteenth time, under the Defense of India Rules, to further hush the voices of dissent.

Sheikh Mohammad Abdullah underlined in his letter to Shyama Prasad Mukherjee, founder of the Bharatiya Jan Sangh, in February 1953:

“When talking about the constitutional aspect, it is sometimes conveniently forgotten that the Praja Parishad wants that Article 370 should be expunged from the Constitution. So far as we are concerned, we have maintained that the special position accorded to the State can alone be the source of a growing unity and closer association between the State and India. The Constituent Assembly of India took note of the special circumstances obtaining in the State and made provisions accordingly. To entertain the doubt that the Muslims of Kashmir would now give up their secular ideals would be uncharitable, although the statements and the pronouncements made by the leaders of communal parties in India from time to time and the inspiration and guidance they are providing at the moment to the Praja Parishad leadership in Jammu is, no doubt, giving them a rude shock. But let me assure you and the people of India that the Muslims in Kashmir will not falter from their ideals even if they are left alone in this great battle for secularism and human brotherhood.”

As I’ve said at other forums, the Constitution of India seeks to guarantee respect for the rule of law, the independence of the judiciary and the integrity of the electoral process.

But time and again, provisions of the Constitution of India have been breached in Kashmir, and the ideals that it enshrines have been forgotten.

In Kashmir, rights relating to life, liberty, dignity of the people and freedom of expression guaranteed by the Constitution, embodied in the fundamental covenants and enforceable by courts of law, have been flouted.

The revocation of Article 370, without consultation, makes it clear that the much lauded Parliamentary democracy in India has been unable to protect a genuine democratic set-up in Kashmir. Is this what you call freedom? Kashmir is a virtual fortress now. (Source: Reuters)

Heads of governments cannot avoid their ethical and moral responsibilities toward the peoples of states in a federal country. The lives of those people cannot be torn asunder by paramilitary forces and other “upholders” of the law.

"Kashmiriyat" was not handed down to me as an unachievable and abstract construct. On the contrary, it was crystallised for me as the eradication of a feudal structure and its insidious ramifications.

It was the right of the tiller to the land he worked on.

It was the unacceptability of any political solution that did not take the aspirations and demands of the Kashmiri people into consideration.

It was the right of Kashmiris to high offices in education, the bureaucracy and government; the availability of medical and educational facilities in Jammu, Kashmir and Ladakh.

It was the preservation of literatures and and historical artifacts that defined an important aspect of “Kashmiriyat."

It was the formation of the Constituent Assembly of J&K to institutionalise the Constitution of the state in 1951 — which was an enormous leap toward the process of democratisation.

It was the fundamental right of both women and men to free education up to the university level.

It was, constitutionally, equal opportunities afforded to both sexes in the workplace.

It was the nurturing of a contact zone in social, political and intellectual ideologies and institutions.

It was pride in a cultural identity that was generated in a space created by multiple perspectives.

Today, trust cannot be won and unity cannot be maintained by the display of national chauvinism — and the erosion of this Kashmiriyat.

Also read: India's pushed Kashmir to no return: If Karan Singh can have his view, why can't Shah Faesal?