'Article 370' Is How Liberals Oppress: Those supporting Article 370 support the caste, gender and sexual apartheid this enabled

Article 370 stamped on the rights of Dalits and the LGBTQ community. It treated women as second-class and non-Muslims with total contempt. Why do so many 'liberals' support it?

It has almost been one week since the historic Jammu and Kashmir Reorganisation Bill, 2019 was passed by both houses of Parliament with an overwhelming majority. With this move, the Modi government corrected a historical anomaly that had prevented the full integration of the state of Jammu & Kashmir.

While the overwhelming majority of India supports the decision, a tiny — but vocal — minority of leftists and liberals is opposing the move.

But even after one week, they haven’t been able to come up with any proper argument in support of Article 370. They have failed to even answer why the Constitution of India should not be enacted in Jammu & Kashmir and Ladakh?

Their objections rest on misinformation — and deliberate obfuscation of facts. It has been propagated for long that Article 370 couldn’t be removed because it was the condition of accession of the Kingdom of Jammu & Kashmir to India and that Article 370 will be valid till a plebiscite is held in the region. Nothing eternal about it: Article 370 was only a temporary provision. (Photo: India Today)

The instrument of accession of the Kingdom of Jammu & Kashmir was the same as the instrument of accession signed by other princely states, which had no provision like Article 370 or promise of plebiscite. Nor was there any promise by the government of India or the Parliament to conduct any plebiscite. The accession of Jammu & Kashmir to India was final and irrevocable. The UN resolution, from which the demand for the plebiscite comes, also asked Pakistan to remove its armies from PoK (Pakistan occupied Kashmir) and hand it over to India.

Instead, Pakistan separated the Northern areas — that is, Gilgit & Baltistan — and annexed this. It changed the demography of Kashmir by settling Punjabis and Afghans there and by doing ethnic cleansing of the local Shias in Gilgit-Baltistan. The demography in the Valley has also changed with the ethnic cleansing of Hindus by Islamist separatists.

That renders any argument for plebiscite null and void.

The repeated reference to the 'Kashmiri opinion' is also problematic. For all these years, this hegemonic Kashmiri identity was built and nurtured to privilege the Sunni male population of a few districts of south and central Kashmir over the multitude of the people who lived in Jammu & Kashmir.

Gorkhas, Sikhs, Dogras, Dalits, Tribals, Buddhists and Shias cannot be seen in this clamour of the ‘Kashmiri wish’ — it is a majoritarian, communal vantage point that the supporters of Article 370 have adopted. Due to Article 370, thousands of Hindu & Sikhs refugees of the Partition era were denied voting rights and residency rights while Muslim refugees from Tibet and Xinjiang of the 1950s were granted citizenship. Why this special treatment? When Constitutional laws apply to Muslims across India, why not in Kashmir too? (Photo: India Today)

Due to Article 370, Dalits were still forced to clean the drains because they were denied any government jobs, irrespective of qualifications. The denial of property rights meant they couldn’t do anything else. They still couldn’t buy land or settle in the cities while illegal immigrants, like Rohingyas, could. Due to Article 370, LGBTQ could still be thrown into jails as the historic judgement of the Supreme Court didn’t extend to the state.

Those who support Article 370 stand for such oppression and injustices.

The same people who supported the settling of illegal Bangladeshis in Assam and tribal areas of the North-East are arguing for protecting the ‘unique culture and demography’ of Kashmir.

What’s so special about Kashmir?

And pray, which region of India is not unique and has not had distinct cultural traditions? Gujarat, Malwa, Awadh, Haryana, Bihar, Goa, Kerala are all unique — have they ceased to exist after joining India? 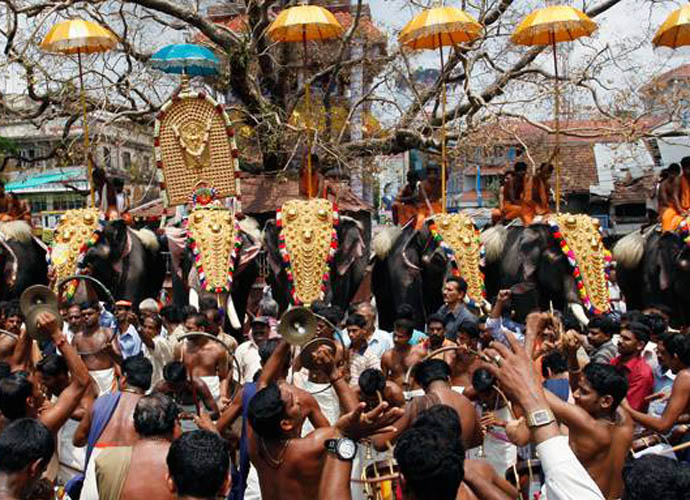 Seriously? Are we saying states like Kerala have nothing special about them? (Photo: India Today)

The Republic of India has no precedent of changing the demography of any region, despite insurgency or separatist demands. What’s being done in the case of Kashmir is plain scaremongering to provoke the local population. And the language of the liberals and the left today is no longer different from the propaganda of the ISI or Jihadi groups. The same people who see dangerous fanatics and terrorists in Dalits and the subaltern doing Kanwar yatra see 'freedom fighters' in crowds carrying AK-47s and flying ISIS and Jaish-e-Mohammad flags.

Another false argument is, why do states in the north-east have special provisions but Muslim-majority Kashmir can’t have this? Well, because those places are tribal belts and Jammu & Kashmir isn’t. One can’t treat them as the same. Also, in the case of the north-eastern states, those provisions were granted to negotiate peace and the end of separatism — and they succeeded, unlike Kashmir. Finally, those are special provisions in the Constitution — while Article 370 was a temporary provision.

Despite what the propaganda says, one can buy property in hilly states like Himanchal Pradesh. There are some restrictions on the purchase of agricultural land though — and certainly, women in these states don’t lose full property rights if they chose to marry outside the state.

Of late, a new argument has also been conjured up that Article 370 enabled land reforms. Well, land reforms happened in several states, most notably, in Kerala and Bengal. Did those states require Article 370?

The communal argument to advocate special status of ‘Muslim Kashmir’ is dangerous.

Also Read: Special Status for a special few: It was crucial Article 370 went and all the rights of Indian citizens reached J&K