Special Status for a special few: It was crucial Article 370 went and all the rights of Indian citizens reached J&K

Do you know how many Fundamental Rights people in J&K were deprived of under Article 370? They are fully eligible for each of these now. So, why are a few people so unhappy?

PM Modi's speech on the actions in J&K provided a much needed 'healing touch' to assuage hurt feelings and address the immediate concerns of the ordinary people in the newly formed Union Territories. It was necessary in the light of the 'darkest hour' theories being floated around by vested interests. Those who benefitted from Article 370 were making the loudest noise — and they will continue to do so. The issue will linger for some time — it is safe to expect turbulence.

But, in reality, whom did Article 370 benefit?

The people on the streets had no answer, experts pondered long and hard on television — did you get any real answers, concrete figures, clinching arguments? Did the trader peddling his wares in the state benefit from Article 370? Did the students benefit — or the government employees? No.

Strange, yet there was a howl of protests when the mere mention of doing away with the article came up for discussion. Special Status for whom exactly? Article 370 and Article 35A benefitted only a select few. (Photo: India Today)

There must have been people who benefited from it. One ex-Chief Minister poured out his anguish in the immediate aftermath of the abrogation, "..... my state is being burnt, my people are being punished..." The Hurriyat Conference was dead against the move. So were the separatists and some political parties. The 'special status' was probably for a special few. The political satraps and the quasi-political 'azadi' advocates reaped the benefits, while the commoners suffered.

Three decades, more than 40,000 lives lost to strife, yet these sections wanted Article 370 to remain.

And it suited the central government too. It was widely used to subvert and control the J&K constitution on numerous occasions. You paid for their security: Can you believe this? (Photo: India Today)

Yet, schools kept burning and people kept dying. The much vaunted 'Kashmiriyat' went for a toss when 'benign' stone pelters killed a tourist. Since decades, the central government provided grant in aids for the J&K budget. In the last count, that aid amounted to almost half of the state's revenue receipt. Between 2000 and 2016, J&K recieved over Rs 1.13 lakh crore in grants.

As it is, a huge majority of Indians support the government's decision to abolish Article 370. But what the PM said was shocking — even 'fundamental rights' were not extended to the children of J&K — the Right to Education was not applicable there.

Women of the state were not able to pass on their state subject rights to their children and non-permanent resident spouses.

Matters dealing with succession and property rights of women were decided by the Sharia law.

There was no reservation for SCs/STs in the state.

Laws protecting SCs/STs were not applicable in J&K, which followed the Ranbir Penal Code.

There was no Prevention of Corruption Act, no National Commission for Minorities Act or no Land Acquisition Act.

Every adult Indian citizen has voting rights, but in J&K, people without PRC could not vote in the state, local and civic body elections. It did not matter if one is a refugee or a serving IAS officer from outside J&K. 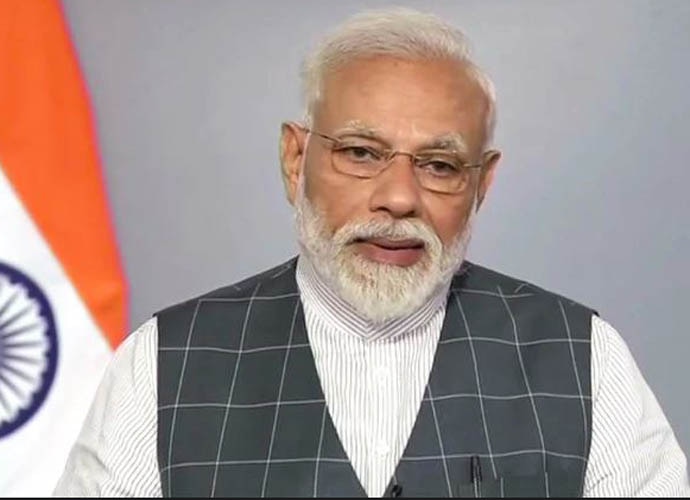 Enough is Enough: It took a bold leader to stop the farce of Article 370 and ensure J&K is the same as the rest of the country. (Photo: India Today)

Union Home Minister Amit Shah told the Lok Sabha that 106 central laws would now have effect in the UTs.

Even facilities for State government employees were not at par with other states and UTs.

They would now get house rent and leave travel allowances, allowances for their children's education, the proper benefit of health schemes.

Of course, the erstwhile collaborators would cry hoarse — this was one very special arrangement for them.

Leaders across party lines have reflected the mood of the nation. A few young Congress leaders, who have the pulse of the people, have backed the move. The only shame is that it took over seven decades, over a lakh people dead, lakhs of lives destroyed for someone to see sense and say — enough is enough.