Open letter to Amit Shah: Thank you for ending Article 370's discrimination and bringing a new hope to India

Under PM Modi's leadership, you have shown a tired and cynical electorate that nothing is impossible and political promises are made to be kept, not forgotten.

First things first — heartiest congratulations and heartfelt gratitude from the depth of a billion hearts and more, for seeing through the complete assimilation of Jammu and Kashmir with India.

As India witnessed history being made, it would not be an understatement to say that the abrogation of Article 370 will be remembered as the day when ‘The Sovereign Republic of India’ attained full freedom. While it was on August 15, 1947 that the Republic of India was declared independent of the colonial raj, it is now that India is a nation sans any breakages.

In my previous piece, I wrote about how you took Vajpayee’s Kashmiriyat, jamhooriyat, insaniyat and integrated it with people, peace and progress through development and delivery of governance. I appealed to the readers to be patient with the abrogation of Article 370 for if there was a leader who could see through it, it was Narendra Modi.

Little did I know that in less than a month, I would be writing you a thank you note!

While this is certainly a moment to celebrate, it is the seamless execution of the task under your leadership that, all of a sudden, makes the impossible appear so doable. Article 370 Abrogated: Thank you, for pulling off what seemed impossible. (Photo: India Today)

As Indians, we had gotten conditioned to unfinished business, hurdles, governance in circles and solutions that were more complex than the problem itself. Our politicians had set the bar so low that we didn’t even expect them to remember their promises — so fulfilling them did not even figure in the electorate’s wish list.

However, from 2014 onward, Narendra Modi successfully addressed the crisis of credibility. The “Jo Kaha So Kiya” was a first in Indian polity. By fulfilling promise after promise during the first five years, Narendra Modi convinced India that promises were meant to be kept and delivered to the last citizen.

During NaMo 1.0, India was able to touch the lives of 22 crore beneficiaries and bring an ease of living to the remotest sections of society through more than 120 Centre-sponsored welfare schemes.

The high-precision, zero-loss surgical strike and the air-strike assured us that if there is a leader who has the will and courage to deal with those who posed a threat to the security and integrity of India, it is Narendra Modi. It is this belief in our leader’s ability to see through the most complex tasks that inspired India to unequivocally vote for NaMo 2.0. 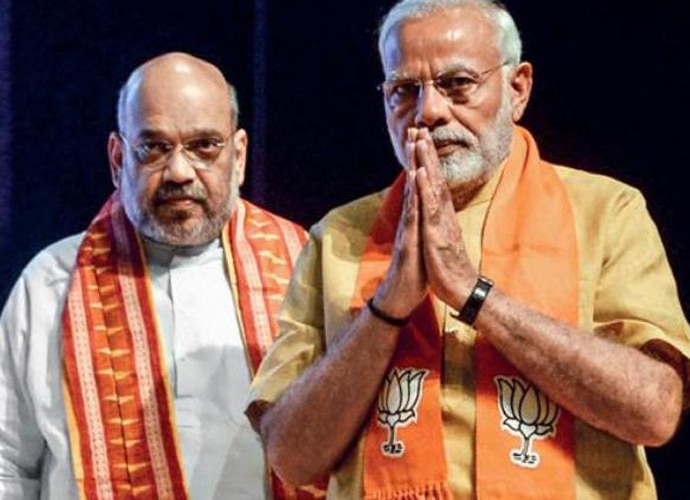 It is yet to sink in that in less than 75 days in office, you have dealt with a problem that had been deemed unsolvable by even international experts — and without shedding a drop of blood. The world took note of your unwavering spirit when you took all possible precautionary measures, erected a tight safety net and struck a blow on the piece of legislation that has claimed countless lives in the past seven decades.

Perhaps some people would have better understood the magnitude of your decision if this exercise had lingered for a year and you would have sold your efforts like wares in a shop. But then, those who inherit the selfless legacy of Syama Prasad Mookerjee, Sardar Patel and Atal Bihari Vajpayee are not trained to be shopkeepers; they work tirelessly without even telling the tale of pain and struggle.

The abrogation of Article 370 was inevitable for the cost of conflict in the state outweighed the zero-benefit legislature.

In the past so many years, there is not a single person who has been able to articulate the advantages of Article 370 — primarily because there were none. India has paid an astronomical price for the conflict in Jammu and Kashmir. The loss of valuable soldiers who had years of service ahead of them along with the pain and hurdles faced by their families, the months of curfew that impacted business, the loss of education and associated opportunity costs, fading local enterprises and crafts, an inability to attract investment along with high costs entailed in maintaining law and order put into perspective how the so-called link between Kashmir and New Delhi was nothing but a sponge that drained resources — yet kept Kashmir deprived.

Fear, frustration, hunger, corruption, displacement and injustice are some of the glaring consequences of conflict that riddled the State. Each one of them were costly outcomes, borne by the stakeholders of the already stunted economic sphere in Kashmir — i.e., the common citizens. As tourism and horticulture were wounded by bullets, the perils of an entire generation growing up with a trust deficit towards the sovereign republic of India was a cost that we, as India, could never be able to afford. 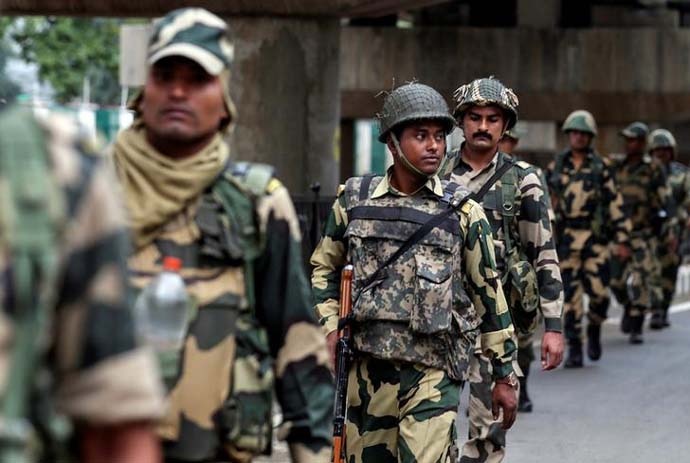 Enough pain: We paid for Article 370 in our soldiers' blood and Kashmir's own growth. It's time to turn a fresh page. (Photo: Reuters)

Despite receiving a significant share of grants from the Centre, dividends of trust and mutual interest could never be reaped. With the highest monthly average unemployment rate, decline in state government spending on industry as percentage GSDP, and decline in investment, there is little that has been realised by maintaining the status quo.

These zero gains are argument enough to compel us to look at the State of Jammu and Kashmir with a fresh lens.

But how does one overtake conflict or anxiety, without normalising the situation?

And how does one normalise the situation if the laws of the land were abnormal?

If 9 Constitutional amendments and more than 100 laws of the Centre are not applicable and dastardly practices — like child marriage — are still kosher, how can we expect a normal environment?

India has paid a huge price, in the blood of its soldiers and the future of its citizens, and we are in no position to continue with these resource drainages.

It was sheer will to work towards realising the dream of Syama Prasad Mookerjee, who sacrificed his life for ‘Ek Vidhan, Ek Pradhan, Ek Nishan’ that has brought his vision to fruition. The NDA’s commitment to ‘Ek Rashtra, Sreshta Rashtra’ manifested in multiple ways in the past five years.

Taking Sardar Patel’s dream forward, who integrated 562 princely states, Narendra Modi sought to integrate the entire nation through one tax — i.e., GST — fought for the equality of women by declaring instant Triple Talaq an illegal practice and is now keenly advocating for one nation, one election. The discriminatory nature of Article 370 and Article 35A is glaring on multiple fronts. Right from depriving women of property rights if they married a non-Kashmiri to compromising on the right to choice of the Valmiki community by forcing them to work as Safai Karamcharis generation after generation, to lack of representation of the region of Ladakh, the Article was not just a wall between New Delhi and Kashmir — it was an agent of inequitable governance even in the land.

The Kashmiri Pandit exodus is a blot on the history of Jammu and Kashmir, and with its abrogation, one is positive that soon, not just the Pandits, but even people like me from Uttar Pradesh or elsewhere will be able to envision a future for ourselves there, just like we do in any other state. The disappearance of Sufi culture, a complete annihilation of the seat of Sanskrit and Saraswati from the state, and little feet hands forced to hold bullets instead of books, had been normalised. 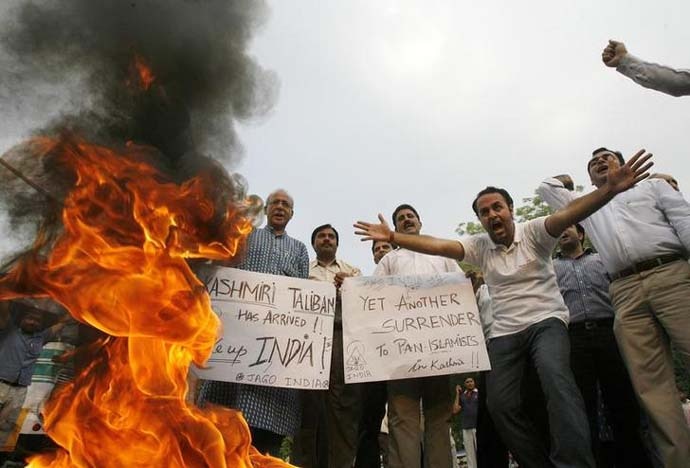 They fought a lonely battle for decades. But they were not alone. (Photo: Reuters)

But this cannot be normal under any circumstances. As a dedicated disciple of ideology, you undid the historical blunder, convinced the lawmakers in both Houses and ensured the return of a long-lost cousin to the family.

As a young girl brought up on a healthy diet of news, I had lost hope many years back. I would travel to mountains abroad, disheartened that I couldn't see the mountains that crown my own country. It is unfortunate that even today, certain politicians fail to understand that Jammu and Kashmir is not just a piece of land — it is a full-blown emotion that runs high across India. History will remember their naivety accordingly.

The way you executed this landmark decision is a lesson for all us that nothing is impossible, it is all about intent and commitment.

I am aware that we may face challenges, resistance, attempts to thwart the peace and even create social delinquency. However, this time, the entire country is in this together and thus, it will certainly not be back to square one.

Today, I fall short of words as I thank you for rekindling that hope and fulfilling it too.

From here, the only way is towards a better tomorrow — and Hon’ble Home Minister, we all owe it to you.

— A Proud Daughter of India

Also Read: Article 370 revoked is a humiliation for Kashmiris: Why gag us like this? Does BJP think Muslims should have no rights?

#Amit shah section 370, #Article 370 revoked, #Jammu and kashmir news, #Jammu and Kashmir
The views and opinions expressed in this article are those of the authors and do not necessarily reflect the official policy or position of DailyO.in or the India Today Group. The writers are solely responsible for any claims arising out of the contents of this article.