Article 370 is out, Kashmir is in: Why all eyes are now on Pakistan

A bold and historic decision has been taken by the government to scrap Articles 370 and 35-A, separate Ladakh from Jammu and Kashmir and make both Union territories. Removing these two articles was entrenched in BJP’s political thinking and the party’s agenda since long, and bifurcation/trifurcation of the state have been envisaged as possibilities. But it remained unclear when the government might implement its agenda and, indeed, whether it would have the political courage to eventually take this momentous decision in view of its many repercussions.

Just as we conducted our nuclear tests within a few days of Atal Bihari Vajpayee becoming Prime Minister, the Modi government has taken this epoch-making decision a few weeks into its second term.

If Vajpayee had delayed the decision to conduct nuclear tests too long, the arguments for and against may have sapped the resolve to take that fateful step.

The Modi government, too, has rightly taken this capital step in the wake of its overwhelming electoral victory, rather than wait and allow the process of thinking and rethinking erode the determination to end the prolonged blood-letting in Kashmir by external and internal enemies.

The government has, no doubt, considered deeply the internal and external repercussions of its step. 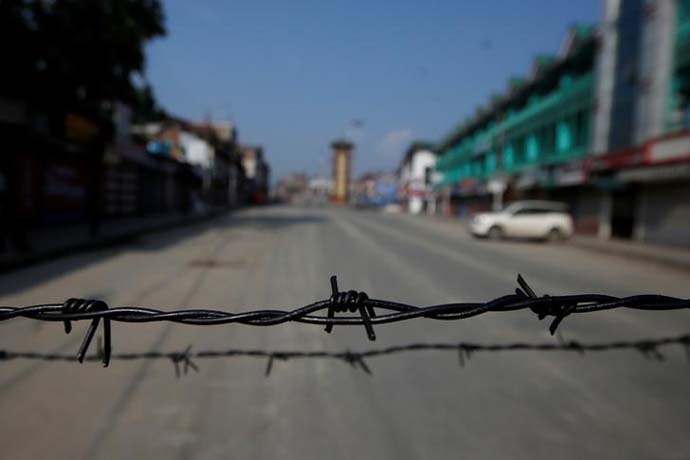 For the moment, it may contain violence because of stringent security precautions but the Valley is bound to erupt sooner or later.

The Kashmiris have been pampered far too long by the government of India and their sense of entitlement has grown immeasurably.

The Valley has become Islamised over time, reflecting the growing radicalisation of the Islamic world in general.

We have long failed to find an answer to Pakistan’s sponsorship of terrorism against us.

Even Balakot has not buried the demons of Pakistani instigated terrorism fully, as reactions from Pakistan on our latest move shows.

Pakistan Prime Minister Imran Khan, the pretentious peacemaker, has reiterated his country’s support for the Kashmiri people, and, according to the Pakistan government, has “invited attention of world leaders and international bodies towards irresponsible, unilateral and irrational behaviour of the Indian leadership.”

Pakistan has warned that it will exercise all possible options against India’s “illegal” steps.

What these options are realistically is not clear.

Pakistan will try to raise the matter with the UN Secretary-General, but to what end?

A change in India’s domestic law on the status of J&K within the Indian Union is not an international matter.

We have always maintained that J&K is an integral part of India, a position not challenged by the UN. In any case, Article 370 was inserted in the Indian Constitution in 1954, years after the UN resolutions on J&K, and so there is no nexus between the two.

All eyes on Pakistan

Pakistan will have to argue that international peace and security is being endangered by the Indian move.

But this step is not an act of aggression against Pakistan.

If peace and security are likely to be endangered, then it will be because of Pakistan’s intervention in any form, especially by stepping up jihadi activities against India on which Pakistan’s record is well known to the international community.

One cannot see the UN Security Council being seized of the matter at Pakistan’s urging.

The position of all major powers, be it the US, France, the UK, Russia, and even China, is that Kashmir is an issue that India and Pakistan have to resolve bilaterally.

India’s international standing has grown and so have the stakes, especially economic, that these countries have in India. They would not want to jeopardise their ties, in some cases, with increasing strategic content, for the sake of giving some satisfaction to Pakistan. Countries like the US and the UK may talk to us privately on the subject to understand our position and what our assessment is of future developments. 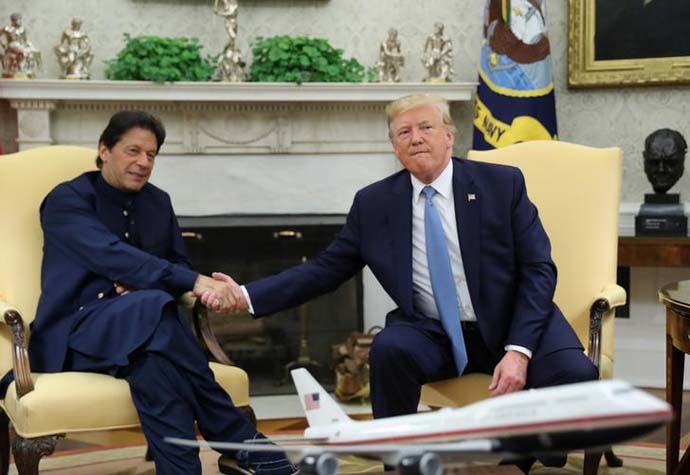 A change in India’s domestic law on the status of J&K within the Indian Union is not an international matter. (Photo: Reuters)

We can expect Pakistan to do its best to instigate violence in the Valley to provoke a response from the security forces so that it can unleash propaganda on human rights violations in J&K and take the matter to the UN Human Rights Commission (UNHRC), which has already shown its bias against India on more than one occasion on this issue.

We need not take UNHRC’s adverse comments too seriously, remembering that only recently a whole host of countries, including key Islamic ones, moved a resolution lauding China for treating well the Uighurs in Xinjiang!

The OIC at large will be reticent in view of our highly improved understandings with major Gulf countries who are enlarging their stakes in India.

If they can ignore China’s conduct against Uighurs in Xinjiang, it would make little sense for them to target India on its latest move. These countries supported us on Pulwama and are active in counter-terrorism cooperation with us. All in all, the Modi government’s step in integrating J&K more firmly with the Indian Union is both courageous and timely.

Also Read: Azaadi from Article 370: Finally, a new dawn and a new identity for Jammu and Kashmir