Arun Jaitley has been a key political support for Narendra Modi and Amit Shah. Although poor health made him step out of govt formation, speculation is rife over the informal role he could play.

Sushma Swaraj and Arun Jaitley, the two politically heavyweight ministers in the previous Modi government, have had to opt out this time for health reasons. Both of them reportedly have serious health concerns, they are apparently severe diabetics and have had kidney transplants.

While both the ministers played an important role in the previous government, the Prime Minister shares a very different equation with each of them.

Sushma Swaraj is a senior colleague and is treated with the respect she deserves — however, the former Finance Minister is somebody whom the Prime Minister leans on for support.

He was Modi’s go-to person when it came to legal troubles in the wake of the 2002 riots. Jaitley continued to be his eyes and ears and his troubleshooter even when Modi was Chief Minister of Gujarat, and also when he moved to Delhi. 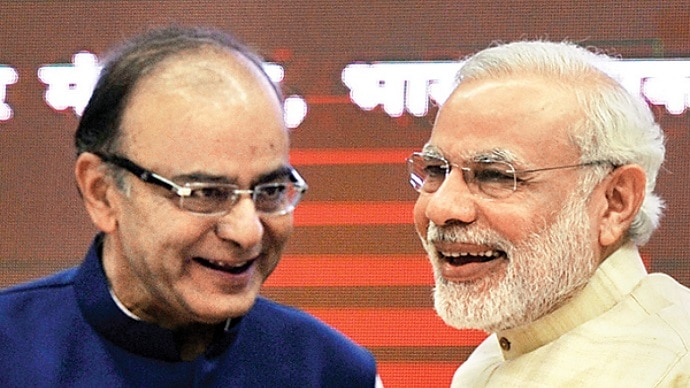 It’s not just Modi — Jaitley was instrumental reportedly in bailing out Amit Shah during the time he was externed from Gujarat. It was a common sight in those days to see Shah in Jaitley’s Kailash Colony office and the two would share meals several times a week. On the day of the 2014 election results, it was evident that the BJP would be forming the next government and Shah spent a considerable amount of time at Jaitley’s house, reportedly commiserating with him over his defeat from Amritsar.

In the months preceding the formal announcement of Modi’s name as the BJP’s candidate in 2014, Jaitley worked discreetly behind the scenes to bring around Rajnath Singh, Shivraj Singh Chouhan and Nitin Gadkari. After Modi became the Prime Minister, he entrusted Jaitley with the all-important job of Finance Minister — overlooking and disregarding the likes of Arun Shourie and Subramanian Swamy. 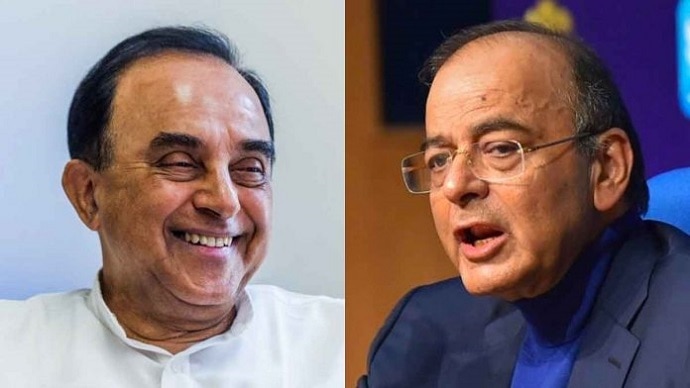 Tug of War: Subramanian Swamy and Jaitley share one of the most enduring political rivalries. (Photo: PTI)

The PM also weighed in on the side of the former Finance Minister in his face-offs with Shourie and Ram Jethmalani, eventually leading to the parting of ways with the two.

Swamy-versus-Jaitley is in fact one of the most enduring rivalries within the saffron parivar.

The RSS leveraged its position to get Dr Swamy back into the BJP, but mindful of Jaitley’s sensitivities on the issue, Modi refused to oblige. Dr Swamy and his admirers believe he is the best Finance Minister the country never had, and he makes no secret about his poor opinion of Jaitley handling of the economy. Jaitley as the leader of the Rajya Sabha, of which Swamy is a member, not only relegated him to the back benches but also apparently ensured that he did not get a chance to speak on behalf of the party in Parliament.

Jaitley was said to also have been of great help to Modi during his early days as the PM. The former Finance Minister used his extensive networking skills and cross-party linkages to help Modi find his feet in Delhi. He was also instrumental in bringing together President Pranab Mukherjee and the Prime Minister, and in persuading Nitish Kumar to return to the NDA as well as repairing his deeply fractured relationship with Modi. 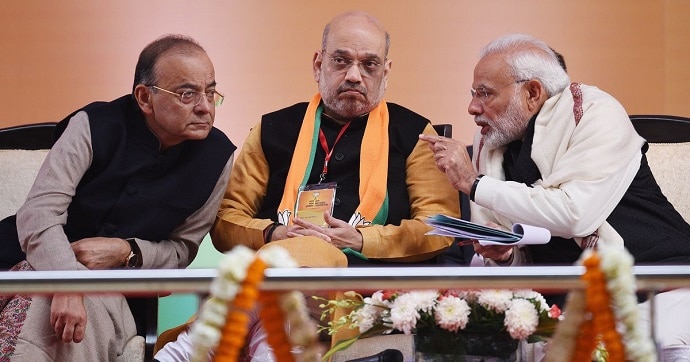 Mr Jaitley may have had to stay out of government on account of his ill health, but will, in all likelihood, continue to play a role, albeit an informal one.

Don’t be surprised to learn of the Prime Minister leaning on his political management skills, to win over a disgruntled colleague or bring around the Opposition in the Upper House.

Also read: Troll Bhai, modernise! Mimi and Nusrat being trolled for Western clothes in Parliament shows our critics are just not with it!