Why Delhi feels let down by Arvind Kejriwal

The CM is still maintining that the IAS officers were protesting at the behest of the L-G on the directions of Prime Minister Narendra Modi.

The people of Delhi finally heaved a sigh of relief as chief minister Arvind Kejriwal ended his nine-day dharna on June 20. The government machinery had come to a standstill following the sit-in protest at Lieutenant Governor Anil Baijal’s office for nine days by Kejriwal and three of his cabinet ministers.

Kejriwal, along with deputy chief minister Manish Sisodia, public works department minister Satyendar Jain and development minister Gopal Rai, camped out at Raj Niwas, saying they would not leave the L-G's office until their demands were met. Their demands included a direction to IAS officers working in the Delhi administration to end their “strike”, action against officers who have struck work for “four months” and approval to AAP government’s proposal for doorstep delivery of ration to the poor. Striking while the iron is hot

To add to the stand-off, the BJP too went on a strike while the Congress was busy with demonstrations against Kejriwal’s dharna. India has rarely seen a situation in which both a government and its Opposition go on protest just to oppose each other.

Kejriwal is still maintining that the IAS officers were protesting at the behest of the L-G on the directions of Prime Minister Narendra Modi.

Attacking the L-G, Arvind Kejwial said, “With one phone call from the L-G, the officers attended the meetings.” But the truth is that when the IAS Association had held a press briefing and kept their demands, the only option before Arvind Kejriwal and Aam Aadmi Party was to somehow break this deadlock. Kejriwal assured Delhi bureaucrats that he will ensure the “safety and security” and dignity of all officers, to which the IAS Association had responded positively. Now, the question that comes to everyone’s mind is — why did Arvind Kejriwal sit on a dharna and his colleagues go on fast? 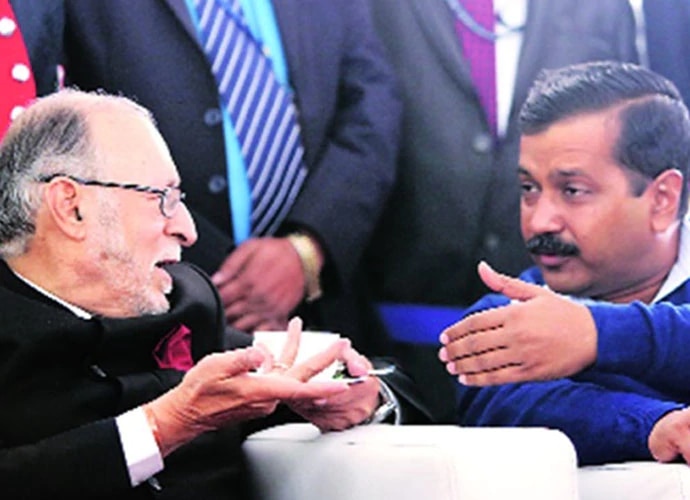 Had Kejriwal wanted, he could have ended the deadlock and found a way much before. The onus to end the stalemate by holding talks with IAS officers was obviously on the CM of the state. Had he done so, he could have bridged the trust deficit between the IAS officers and the government. But one should not forget that Kejriwal is an astute politician. Time and again he has shown his ability to accurately assess situations and turn them into his advantage. With his strike, Kejriwal tried to hit many targets with one stone. He deftly garnered people’s sympathy, reaped support of other political parties and more importantly to galvanised a nationwide "movement" for AAP politics.

To gain people’s sympathy, Kejriwal alleged that the prime minister is creating hindrance in Delhi government’s administrative work, that IAS officers have been on strike on PM’s direction through the L-G, and that he and his colleagues were protesting on behalf of the people of Delhi. Although this was far from the truth, he was reiterating it again and again. For many days, Delhi and Kejriwal became the subject of public discourse and in media.

The impact of the darna was such that he succeeded in getting the support of chief ministers of four states —  West Bengal CM Mamata Banerjee, Andhra Pradesh CM N Chandrababu Naidu, Karnataka CM HD Kumaraswamy and Kerala CM Pinarayi Vijayan.

Many political parties spoke in favour of Kejriwal. But had he resolved the issue without creating much fuss, this situation would not have arisen. Without doubt, Kejriwal and his partymen would be a happier lot now that their hidden agenda has been fulfilled. Also, discussions over failure of the AAP government in Delhi have taken a backseat for sometime.

However, those who expected clean politics from Kejriwal and considered him a man of high ideals have been let down once again.

Post your comment
#Delhi, #BJP government, #Aap-l-g tussle, #Arvind Kejriwal
The views and opinions expressed in this article are those of the authors and do not necessarily reflect the official policy or position of DailyO.in or the India Today Group. The writers are solely responsible for any claims arising out of the contents of this article.