Seven Reasons Why Asaduddin Owaisi is wrong on Triple Talaq

Mr Owaisi's arguments do not hold real ground. As I see it, if he was really concerned about the plight of Muslim women, he would support the govt's Bill against Triple Talaq.

Asaduddin Owaisi, Member of Parliament and head of All India Majlis Ittehad ul Muslimeen, recently delivered a spirited speech in Parliament opposing the Triple Talaq Bill moved by the BJP Government, calling it anti-women and unconstitutional.

That Bill proposes to make the pronouncement by a Muslim husband of triple talaq to his wife a criminal offence punishable by a jail sentence upto 3 years.

Mr Owaisi reportedly gave several reasons for his opposition to the Bill — but in my opinion, they are all specious.

I may deal with these one by one:

First, he says that by the judgment of the Supreme Court in Shayara Bano vs Union of India (2017) triple talaq has already been declared illegal. What are you then punishing the husband for?

The answer was provided by the Union Law Minister Ravi Shankar Prasad. He told Parliament that despite Shayara Bano's judgment, the practice of triple talaq was continuing among Muslims, and 229 cases of triple talaq had been reported to have taken place after the Supreme Court verdict. Thus, it is obvious that the judgment was not sufficient to stamp out this barbaric, feudal, reactionary practice — and some teeth had to be given to Shayara Bano's verdict.

Second, Mr Owaisi argued that if the husband goes to jail, who will provide for the wife and her children?

If the logic of this argument is accepted, then no married man should ever be sent to jail for any crime, whether it is murder, rape, robbery, cheating, etc., because then he will not be able to provide for his wife. A married man who commits an honour killing of his daughter for inter-caste or inter-religious marriage, or a dowry death of his daughter-in-law by burning or strangling her, should not be hanged or sent to jail, nor should a married policeman be punished for committing a fake encounter or a custodial death. No doubt a law may have some adverse effects, but that does not mean it should not be enacted.

Third, Mr Owaisi says Article 14 and 15 of the Constitution will be violated by this law. Articles 14 and 15 are directed against discrimination. But where is there discrimination in this? Who is being discriminated against, and how? Surely not Muslim women, for the law is being enacted to protect them against being thrown out by husbands without even specifying any reason. 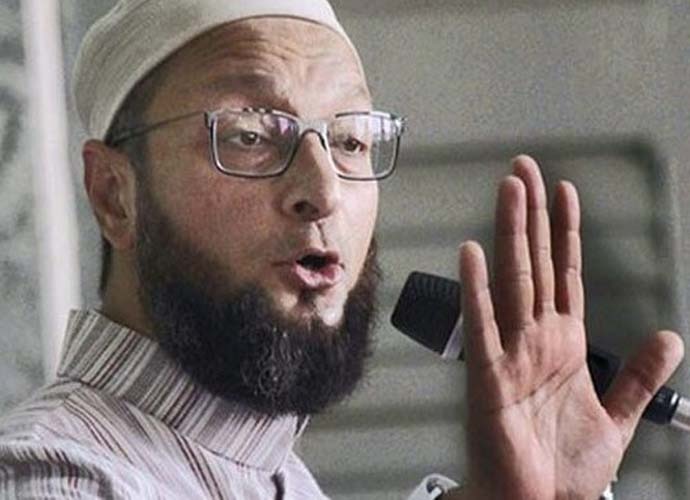 Fifth, he says there are already laws like the Prevention of Domestic Violence Act, section 125 Cr.P.C. etc., so where was the need of this new law? But those laws do not deal with triple talaq at all.

Sixth, he says that 24 lakh wives have been deserted by their husbands, of which 22 lakh are Hindus, but their welfare has not been provided for. No doubt their welfare should be provided for — but what has this to do with triple talaq?

Seventh, he says that marriage is a civil contract among Muslims, so it is wrong to make its dissolution by triple talaq a criminal offence. Once again, one fails to see the sequitur. The Triple Talaq Bill seeks to effectively eradicate an evil practice, as the Hon'ble President of India, Ramnath Kovind, said in his address to the Joint Houses of Parliament. What has this to do with marriage being a civil contract among Muslims?

Lastly, he said that the BJP has shown great affection for Muslim women — but scant regard for Hindu women's right to visit Sabarimala.

One fails to see the logic.

Sabarimala pertains to religious faith, triple talaq pertains to the law. Where is the link between the two? The truth is that people like Mr Owaisi, Shashi Tharoor, etc., are politicians, and so they have to keep an eye on their Muslim vote bank. If they were really concerned about the plight of Muslim women, they should have supported the Bill. Just because the Bill has been moved by a BJP government does not mean it must be opposed, even if it is for the benefit of a section of the people.

The truth is that most Indian Muslims are still backward and poor, as the Justice Sachar Committee Report said.

To get over this, all Muslims should support moves by any government, BJP or otherwise, to abolish backward, feudal practices among them like triple talaq.

Hence, the Bill should be supported.

#Triple talaq discussion in parliament, #Owaisi on triple talaq, #Asaduddin Owaisi, #Owaisi against triple talaq
The views and opinions expressed in this article are those of the authors and do not necessarily reflect the official policy or position of DailyO.in or the India Today Group. The writers are solely responsible for any claims arising out of the contents of this article.