Modi no longer appears invincible. How the BJP is beginning to lose the narrative

The biggest warning sign for the party could be coming from the urban areas, once believed to be the party’s stronghold.

The Assembly election results for the three states of the Hindi heartland have brought in a cold, shivering chill for the BJP and early Christmas bells for the grand old party ensuring preparing for a tight contest in 2019 general elections. The results have shown the BJP is no more invincible, and the Modi-Shah the win machine can be taken on and challenged. The Congress has shown that with a positive narrative, commanding leadership, and an understanding of the local pulse, it can swing the most difficult of the battles.

This was no easy battle for either party, and the fact that the Congress has trumped the organisationally strong, BJP, in its citadels, with popular faces, speaks volumes about how tides have turned. Rahul Gandhi has shown the hunger to win, and Congress has risen like a phoenix from the ashes.

India is a complex country. It is difficult to predict what could have led to a party’s win or loss in India’s fragmented democracy. But the results do point to a deep anti-incumbency brewing at all levels.

Is it emanating mostly from local factors, and Prime Minister Narendra Modi is still popular, or has the Modi aura diminished?

The BJP’s performance in 2013, particularly in Madhya Pradesh and Rajasthan, indicated that a wave was coming in 2014. It won 62 out of 65 parliamentary seats in the three states, making for 22 per cent of the 282 seats it won in 2014.

When translated to Assembly constituency level, these correspond to 72, 192, and 180 in Chhattisgarh, Madhya Pradesh, and Rajasthan, respectively. From the high of 2014, to a loss of 2018, is a significant fall. The victories in three states has given Congress hope that winning 2019 is indeed possible. (Source: India Today)

There are some loud warnings for the BJP in these losses, and these could very well be a mirror for 2019.

The growing disenchantment has gone beyond rural frontiers

One of the boldest headlines from this election should be the silent and strong disenchantment against the BJP among the urban voters. While disenchantment in rural areas was evident and much talked about, there was a silent wave against it in its urban strongholds. In the three states, BJP won only 46 per cent urban assemblies, as compared to 80 per cent in 2013.

Urban areas are usually considered BJP strongholds with the business class as its core vote base. The erosion of the urban base could prove to be the death knell for BJP. From demonetisation, to poor implementation of GST, which broke the backbone of small business and enterprises, to local factors like anger among the upper castes, the list of reasons is long. A lot of this could come to cost the BJP in 2019.

The rural side of the story first came to the forefront in the Gujarat elections, which at one stage looked to be going the Congress way. It was the urban support the saved the BJP in Gujarat.

But Gujarat being a highly urbanised state is an anomaly. In general elections, where the BJP and Congress will again be locking horns in about 150 seats, the electoral landscape will be largely rural. The agrarian crisis may thus come to hit Modi hard.

Vikas has failed and Hindutva can’t take its place

The economic follies, benign neglect of the agrarian crisis and the policy flip-flops, have ensured that BJP has run failed to deliver on the development narrative which it stuck too in 2014.

The promise of vikas has either been forgotten or lost, and blatant steps have been taken to replace it with hardcore Hindutva. The toxic themes of chest thumping nationalism, radical Hindutva, and a deep feeling of xenophobia, have been dished out to replace the narrative of vikas. 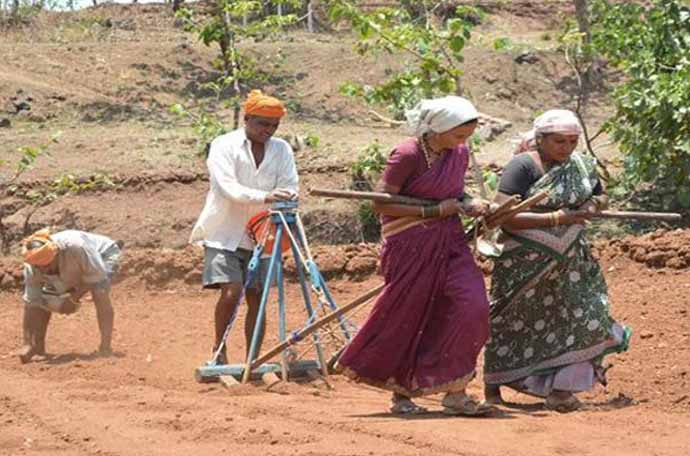 There is anger against the BJP government in rural India. (Source: India Today)

From saffron-clad Yogi Adityanath, and his ‘Ali versus Bajrangbali’ speeches, to the ideas of a Hindu Rashtra, the BJP to polarise at every opportunity. The states of the Hindi heartland where election were held, perhaps have the most number of Hindus, but the Hindutva narrative failed to cut ice.

Allegations of graft and cronyism to get louder

The Modi government is battling allegation of cronyism and the perception of it actually being a ‘suit boot ki sarkar’. The government-corporate nexus is for real, and had shadowed all other themes in Rahul Gandhi’s speeches. Gandhi has used all his speeches, press conferences, election rallies and social media to attack Modi on an array of alleged scams — from the controversial Rafale deal to the Punjab National Bank case, to shielding the capitalists such as Nirav Modi, Mehul Chowksi, and Vijay Mallya. 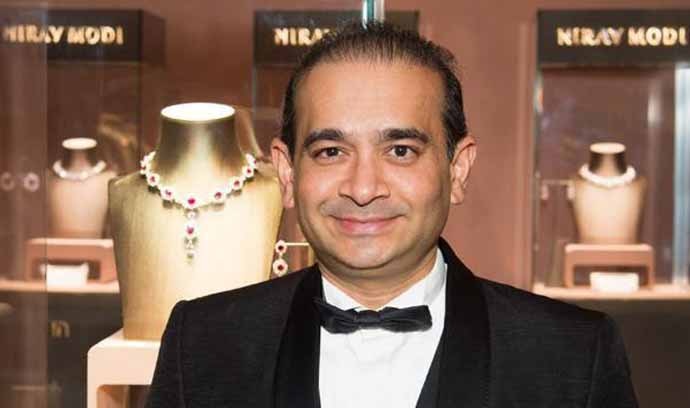 There is a widely accepted theory in cognitive sciences, of availability cascade, which is basically ‘a self-reinforcing process in which a collective belief gains more and more plausibility through its increasing repetition in public discourse’. While Gandhi left most of the local issues to his state campaign managers, with his words, he ensured that a considerable anti-incumbency develops against the Modi government.

The loss of the gains

In my earlier articles (read here and here), focused mainly on the Madhya Pradesh elections, I had argued how BJP is losing on the electoral gains it made in 2014, especially among the tribal and dalits. Tribal votes clearly swung in favour of the Congress allowing it to deliver a major blow to BJP in Malwa and Nimar regions. Congress won 35 (up from 9 in 2013), out of 56 tribal seats in MP, and swept the tribal heartland of Bastar in Chhattisgarh.

It wiped out BJP in Jhabua and Alirajpur, the mostly tribal districts of MP. Jay Adivasi Yuva Shakti (JAYS) spared no efforts in rallying tribal support in favour of the Congress.

A similar tribal uprising was witnessed in Rajasthan, with tribal leader Chhotubhai Vasava’s outfit Bharatiya Tribal Party (BTP) winning two seats out of 15 it contested, and upsetting many trends in Dungarpur, and Pratapgarh areas. Evidence from the Mood of the Nation (MOTN) surveys, and these assembly results, and tribal marches in different parts of the country, especially in Jharkhand where the tribals seem to be up in arms against the state government against the new land bill, indicate that the BJP loosening its grip among the tribals.

I will still restrain myself from calling these elections a prelude to 2019, but these definitely are cues of the change in political landscape.

The wins have provided the momentum to the struggling organisational structure of the Congress giving a fillip to its ability to make political allies, and positioned it as a competent challenge to take on the electoral machinery of the BJP. And more than anything, these elections have shown, the battleground is still wide open, and for BJP, 2019 is no more a cakewalk.

Also read: Leaders are quitting the BJP one by one. Is the ship finally sinking?

#Madhya Pradesh Assembly elections, #Congress, #BJP, #Assembly election results
The views and opinions expressed in this article are those of the authors and do not necessarily reflect the official policy or position of DailyO.in or the India Today Group. The writers are solely responsible for any claims arising out of the contents of this article.