Madhya Pradesh is caught in a caste whirlpool: Which party stands to lose the most

A visit across the state is enough to tell that anti-incumbency will hit the BJP hard. But the anti-BJP mood may not translate into a pro-Congress mood.

If we believe the verdict of the opinion polls, Madhya Pradesh is all set to see some tightly contested elections — and every trivial development could become a game changer.

Political observers have already prophesied that these would be the toughest elections fought by Shivraj Singh. Learning from its earlier mistakes, the Congress, too, has busied itself in burying the differences among leaders, and presenting itself as a united house, and a credible alternative to the present government.

A visit across the state is enough to tell that the BJP is on a sticky wicket this time, and anti-incumbency against the government and sitting MLAs will hit it hard. SAPAKS is a political movement against reservation. (Photo: SAPAKS website)

The last two years have seen many caste realignments, and coming up of caste groups, potent to sway the wind in one direction, and sail the other party to the winning line. One such development is the SAPAKS effect. Christened as Samanya, Pichda, Alpasankhayak (Sapaks), a brainchild of Hiralal Trivedi, SAPAKS is a political movement against reservation, which intensified after the SC/ST protests on the amendments in the SC/ST Act, and Shivraj Singh’s overt support to the status quo for the amendments.

The movement mainly draws its energy from the upper castes, which have been the pillars of the BJP’s unchallenged hegemony in the state politics for over a decade. On the lines of other socio movements like Jai Adivasi Yuva Shakti (JAYS) for the tribal, SAPAKS is believed to have disturbed the equations for the ruling party.

Creating a whirlpool, instead of winning seats

The idea of SAPAKS poses a bigger question of its viability, and to what extent it could hurt the prospects of the BJP.

The movement has limited itself to the elite section of the upper castes, and specifically to the government employees, though it has raised many eyebrows.

While the caste wars are heating up, the recent rally of the Brahmins in Ujjain got the BJP notice the SAPAKS. And this did make the BJP go on a course-correction mode with a series of steps to win back the Brahmin loyalty.

It was a photograph that set Madhya Pradesh’s political circle abuzz — chief minister Shivraj Singh Chouhan meeting former BJP minister Laxmikant Sharma, a key accused in the Vyapam scam, in Vidisha in September. This was soon followed by his meetings with Anup Mishra, a forgotten Morena MP, and Rakesh Chaturvedi, a former Congressman. The meetings seemed like an action to neutralise the SAPAKS effect, which, if realised, would hurt the BJP the most in these elections. There are many reasons for the BJP to worry. (Photo: India Today)

If political observations are to go by, the SAPAKS may not conjure up enough magic to win seats or split votes, but it could manage to create a political whirlpool for the BJP, by creating an atmosphere against the party among the upper caste, urban youth. SAPAKS has risen from disenchantment among upper castes against the stance of the BJP government, and this anti-BJP mood may not necessarily translate into pro-Congress mood. And SAPAKS could just add fuel to this mood, and may have varying implications — from swing of votes against the BJP to abstinence from voting.

The cobweb of caste arithmetic

The Rajput-dominated Karni Sena is also up in arms against the government. With the upper castes forming almost 17 per cent of the voter base, and Rajputs having a sizeable presence in the Mewar region, it spells bad news for the ruling party. These votes may not swing to the Congress side, as the grand old party has failed to take a firm stand on the aspirations of the upper caste, but it can still remain on comfortable grounds, if the core votes of the BJP get frittered.

After the Supreme Court sought answers on the SC/ST amendments, which was largely seen as dilution of the Act, and made all parties come forth against it in unison, the Dalit-upper caste schism has widened in the state and led to violent protests by the upper castes.

The stance gradually changed from 'against the instant arrests', as advocated in the SC/ST act, to 'anti-reservation'. The BJP soon found itself in the muddy waters, as it went overboard to show solidarity with the SC/ST, to retracing its stand to provide contestable legitimacy to a dubious sense of victimhood among the upper castes. But assurances don’t live long in Indian politics. The BJP’s desperation to hold voter bases, in an election seen as the toughest in decades, saw it swinging from one side to the other. The gambit, however, is fraught with the risk of it losing credibility among both the groups. The rise and rise of caste-cum-ideological groups like JAYS and SAPAKS speak of that fear turning into harsh reality for the ruling party. 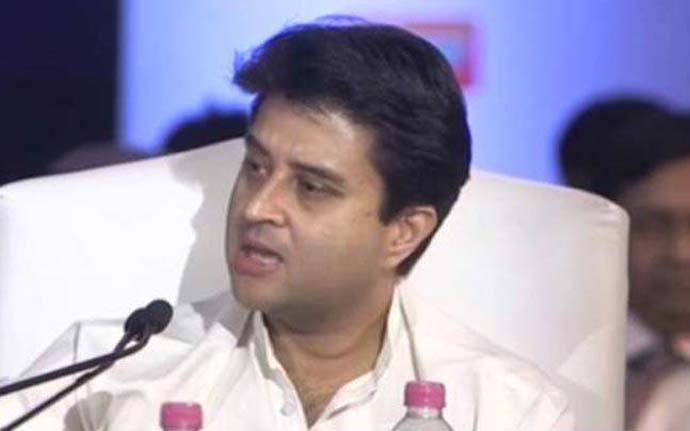 The votes may not swing to the Congress side as well. (Photo: India Today)

The 2013 state elections and then the 2014 general elections were significant because of their political readings. The upper castes and the OBCs have been the BJP’s traditional voter base, while the SC/STs have preferred to vote for the Congress. However, this pattern changed in 2013 when the BJP gained 36 per cent SC votes in comparison to 31 per cent in 2008, and then 46 per cent in 2014 elections. The party also managed to increase its voteshare among the ST, with securing 54 per cent of the ST vote, which traditionally went to the Congress.

Since 2017, the BJP has seen the tides change, with consistently losing its gain among the SC/ST votes. As pointed in my previous article, as of May 2018, the BJP had lost almost 13 basis points, and the Congress gained 16 basis points, among the two groups. With such significant shifts in votes, any loss in its core votes only adds to the worries of the saffron party.

For now, the saffron party may feel content in the fact that every anti-BJP vote may not turn into pro-congress vote, but what it seems that the caste conundrum has got the BJP caught between a rock and a hard place.

#Assembly elections 2018, #Madhya Pradesh Assembly elections, #Congress, #BJP
The views and opinions expressed in this article are those of the authors and do not necessarily reflect the official policy or position of DailyO.in or the India Today Group. The writers are solely responsible for any claims arising out of the contents of this article.