Assembly election results: I have right leanings, but I think you did a remarkable job, Rahul Gandhi!

I am not your fan or supporter. And, it is unlikely that I will have a change of heart or become a convert in a hurry. I have been a consistent critic of you, your family and the Congress party from the right of centre. But, undeniably, December 11 was a big day for you and the Congress. Rahul Gandhi has shown exceptional leadership in the recent past. (Source: PTI)

Much of the credit for this performance must go to you, as the leader. Many facetious comments are flying in the air — from the very flippant “Pappu na sirf pass ho gaya, IAS ban gaya” to the more sober “Rahul Gandhi has finally arrived”. But, I do think you deserve a more objective and non-partisan appraisal.

Unsolicited as it may be, I shall attempt to do so not as a political analyst but a long-time student of management and leadership.

The first quality of a leader is energy. Your grandmother had loads of it. Even your mother, despite her health issues, has shown a similar will and spirit. 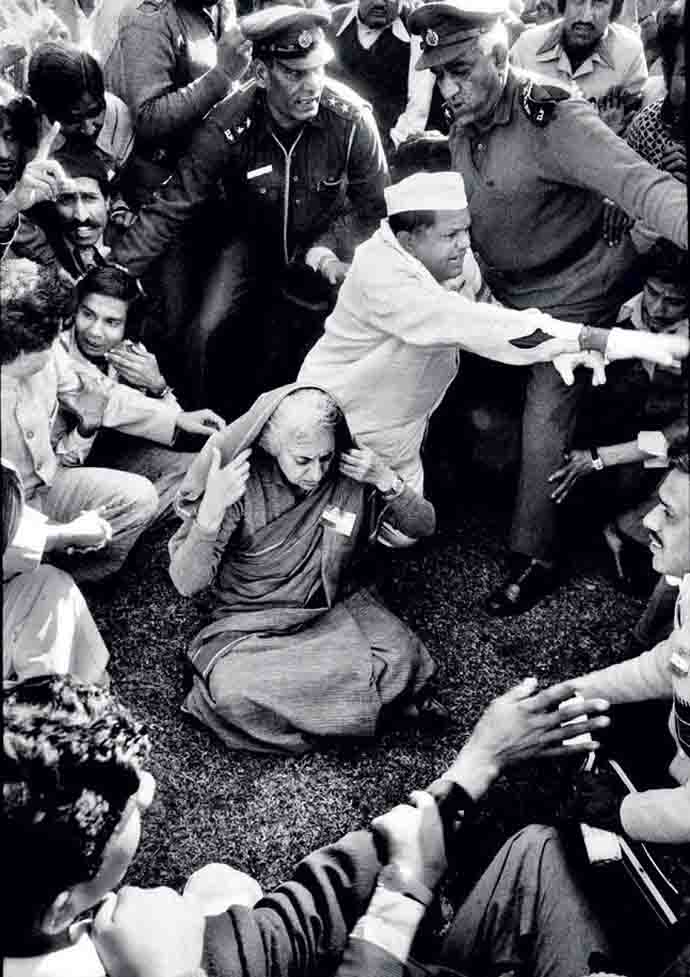 In the past, you have been criticised for being an ‘absentee leader’, who frequently went off on vacations. Often unannounced and mostly to undisclosed destinations. Ever since the Gujarat elections, one observed a course correction. You were continuously on the road. Showing little signs of fatigue or boredom.

Whether it was Vipassana or Aikido that contributed to this transformation, one cannot say. But, the change was visible. More importantly, it showed openness to feedback and willingness to learn.

Energy is infectious. It easily transmits to the team. The leader’s primary job is to enthuse the soldiers and imbue it with the will to win. After that they only need direction. In Gujarat, one noticed you were beginning to develop a connect with the people. There were the first signs of your ability to bring a moribund Congress organisation, in a state where it was out of power for over 15 years, back to life. (It is not something one realises in hindsight. This columnist had written about it soon after the Gujarat elections as well).

Modern-day management gurus say – a leader need not look ‘invincible’. People appreciate authenticity. So, it is alright for a leader to reveal his vulnerabilities as well. It increases empathy among followers and willingness to forgive mistakes that a leader is bound to make from time to time.

No wonder, people are much more forgiving of your gaffes nowadays and willing to give you a free pass even on a faux pas like Kumbhakarna. Your supporters are increasingly accepting you as one of their own. So, they are willing to take a more indulgent view of your hits and misses.

Again, it was during the Gujarat campaign when you started feeling more comfortable in your own skin. One heard you acknowledge on a couple of occasions that Modi ji is a better communicator. You slowly developed your own style without trying to match his oratorical skills.

This is the age when a high premium is placed on EQ or emotional intelligence, self-awareness –which involves knowing and accepting one’s own limitations is an invaluable asset.

There are clear indications that you have put yourself in the hands of a competent team of coaches and mentors. But what is admirable is the willingness to learn. Even more impressive is the rigour of follow through. It would be clear to any discerning observer that you are working as per a script prepared by or with the help of expert advisors.

Managing the second line of leaders is among the top tasks of a CEO. Some do it by manipulation. But that is an outdated concept. It can be dysfunctional and damaging in the long term. Smart leaders do it differently.

It all starts with the realisation that a leader can neither do everything by herself/himself nor does s/he have all the answers. They need a talent pool of sufficient width and depth. To use a cliché, there are horses for courses. So, a range of competencies in the leadership team and clear role assignment are vital.

One sees a great deal of clarity and discipline in the Congress organisation today. There are backroom men like Jairam Ramesh and Nikhil Alva working away quietly and invisibly in the war-room. Even spokespersons are selected with a lot of thought and they rarely tread into each other’s areas. So, you have P Chidambaram and Manmohan Singh taking on finance and economic issues. Kapil Sibal and Abhishek Singhvi are used for Rafale and other political controversies. And, freelancers like Yashwant Sinha and Arun Shourie are drafted selectively to supplement internal efforts.

Notably, motor-mouths like Sidhu and Raj Babbar are quickly brought to book averting need for major damage control during the campaign trail. Even a Digivijaya Singh and Mani Shankar Aiyar were successfully neutered.

Finding a self-effacing but mature and experienced leader like Ashok Gehlot as the ‘sherpa’ was an inspired decision. A bigger coup has been in retaining Ahmed Patel as the master strategist and the de-facto No. 2 in the team.

Many thought you may sideline Ahmed Patel. It is natural for a new leader to feel insecure of a veteran with larger than life image. Often the older person, who has enjoyed unbridled power in the previous era to be comfortable with the next generation boss.

The onus is usually on the younger leader to retain the loyalty of the old family faithful. It takes a great measure of self-confidence, maturity and humility on the part of the scion to keep the old guard engaged. You managed it beautifully. It can be done only with another rare leadership requisite — respect for colleagues.

However, the area you excelled in was the handling of regional satraps with colliding ambitions and conflicting agenda. The Kamal Nath-Jyotiraditya Scindia collaboration in Madhya Pradesh and Sachin Pilot in Rajasthan was copy-book team-play. Sometimes, leaders have to take hard calls. Cutting down CP Joshi and Digvijaya Singh to size, both your close aides till not so long ago, was a courageous but necessary decision. Reengineering an organisation needs a few radical surgeries.

Finally, a very critical attribute of a leader is a sense of realism. It calls for a flexible mindset. Stubbornness can be a treacherous failing for a leader.  Combined with arrogance — it is sheer hubris.

One saw this at the time of Karnataka government formation and even before during the alliance – albeit unsuccessful – with Samajwadi Party during the Uttar Pradesh elections. This will stand you in good stead in the days to come when you have to negotiate your way through senior stalwarts in the Mahagathbandhan.

A streak of pragmatism on display during your temple visits is also welcome. However, flexibility and pragmatism carried to an extreme compromising on core values can be problematic.

But I shall stop here and not venture into offering gratuitous advice or pious sermons.

However, I will add a couple of pointers on a few things that might win over some people like me, but not me, to the new Congress.

The first is a culture of meritocracy based not on academic qualification and pedigree – but on actual grassroots strength and political acumen. Inner party democracy cannot be just lip service.

However, if the reality is that the Congress will remain the privately held organisation of one family, then it is best to come clean with it. People of India have no problem with accepting private political parties – as we see in many states. After all, as a nation we have a ‘feudal’ or ‘gulam’ DNA. So, we are happy to be ruled by nobles and royalty.

Second, it was refreshing to see you openly embrace ‘Hinduism’ and not being apologetic about visiting temples. Even if it was tactical and only for optics, that is the way it should be. Personally, I feel it has earned you much respect. But secularism has to be practised in a balanced manner without fear or favour. Rahul Gandhi has not been apologetic about visiting temples. (Source: Twitter/@INCIndia)

So, when the Congress defends interests of other communities by proxy through its lawyers or is selective about outrage, it affects credibility and raises questions about the honesty of intentions.

That was the old Congress.

One expects things to change with the new generation.

Finally, the Congress has to leave behind the socialist-era politics of doles and freebies. A young leader like you has to confront the elephant in the room and find real solutions to the agrarian distress and jobs rather than just waiving loans and setting up mobile phone factories in every district.

Wish you the very best in the run up to 2019. The country needs a strong second national party and younger leaders with a vision for a new India.

(Views are personal and do not reflect those of the author's employers.)