Why 'Tipu' Akhilesh Yadav is afraid of being called 'Aurangzeb'

Five reasons why the CM is still looking for an olive branch from the rival camp of his father.

Tipu, as Akhilesh Yadav is fondly called at home, has shown the might of his sword as the young warrior of the Samajwadi PariWar. He has slashed his opponents into pieces, gained a vice-like grip over the party, cornered the trio of father, chacha and uncle and emerged as the most popular choice as the next chief minister of Uttar Pradesh.

Yet, far from being content and elated - Akhilesh is rattled. And it is just one word that is making Akhilesh nervous in spite of being victorious.

Tipu is afraid of being called Aurangzeb - the Mughal emperor who incarcerated his father Shah Jahan to win the battle of thrones.

Here are five reasons why Akhilesh is still looking for an olive branch from the rival camp of his father, even as he is all geared up to walk alone:

1) Aurangzeb the traitor: Elections are all about perception. Even as the supporters of Akhilesh chant Jai,  Jai, Jai Jai, Jai Akhilesh, the young leader can see that a wave of sympathy for Mulayam can sweep across the state if the patch-up bid fails and Mulayam goes to the polls as an old, dejected father who was dumped by his own son.

The image of Akhilesh as a decent, soft-spoken and amiable young son can come down crumbling, wiping off his goodwill in one stroke. With an aide like Amar Singh, it's quite possible Mulayam breaks down publicly in a rally during campaigning. That one viral video, Mulayam crying publicly with Shivpal by his side, because he was ditched by his son in his sunset years, can leave Akhilesh defenceless.

The BJP and BSP are already ready with the punchline – "one who can ditch his own father, can ditch anyone else!" Akhilesh is not so naive that he doesn't sense the peril. It is well known that when an English newspaper published an article in which Akhilesh had been compared with Aurangzeb, he was furious. What will he do when the same word echoes across the hinterland?

2) Nothing dependable as the cycle: The Akhilesh Yadav government in UP may have hugged the limelight by landing fighter jets on the expressway, but the CM knows well that to navigate the labyrinth of UP politics, nothing can beat the good old cycle.

With the war to wrest the cycle, the SP election symbol, already at the door of the Election Commission, Akhilesh may not get to ride it this time. If the tug of war continues, the Mulayam faction may get the symbol. 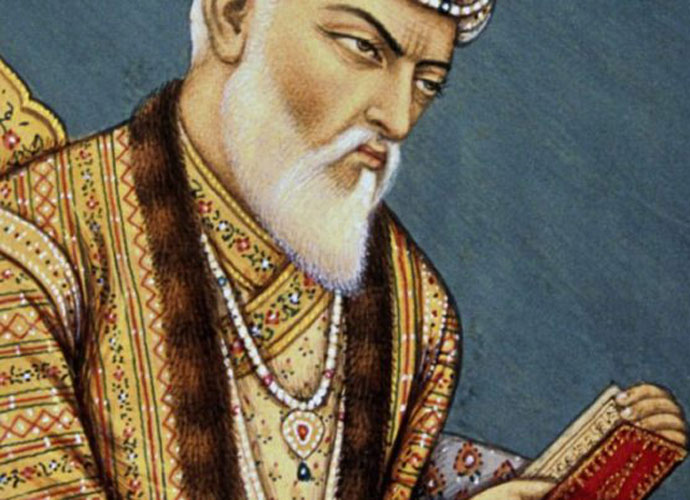 Aurangzeb, the Mughal emperor who incarcerated his father Shah Jahan to win the battle of thrones.

Akhilesh's supporters may boast they will go to the polls on the strength of brand Akhilesh, yet it is easier said than done. With the election process already on, it may be an uphill task for Akhilesh to take a new symbol and make his voters aware about it. The "motorcycle" may sound fancy, but the cycle is tried and tested.

3) Yadav No. 1: Akhilesh Yadav may be the youth icon and the development champion, but anyone in the cowbelt will tell you that the Yadavs consider only and only Mulayam as the real hero of the Yadav clan. Mulayam's politics has always been blatantly cast around the caste calculations and Yadavs have been the cornerstone of the MY winning formula mastered by MSY.

Without the blessings of Mulayum, Akhilesh is sure to lose a big chunk of Yadav votes, especially in the Etawah, Mainpuri, Etah and Agra belt where the SP is most dominant.

4) M for Mulayam, M for Muslims: The opponents of Mulayam may have coined the term "Mulla Mulayam" to ridicule him, but the senior leader prefers to wear this identity on his sleeve. He doesn't miss a single chance to mention how he ordered firing on karsevaks in Ayodhya to protect the Babri Masjid in 1992.

Muslims have seen the Muzaffarnagar riots under Akhilesh but would have still voted for the SP to halt the BJP's march in Uttar Pradesh. But without Mulayam, will they be confident enough to vote for the party?

To make things difficult, the BSP is betting heavily on Muslims and giving them about a 100 seats. If sensing confusion in Samajwadi Party, the Muslims decide to switch over to the Dalit-Muslim combine of Mayawati, Akhilesh has absolutely no chance of winning UP again.

5) Family comes first: Where ever you go, you come back to family. Akhilesh may have isolated Mulayam and Shivpal politically, but at home Mulayum still commands maximum respect. You may have noticed that Dharmendra Yadav, who was constantly standing by Akhilesh during the feud, is missing for the last few days. The reason being that his father Abhay scolded him for being part of the conspiracy to sideline Mulayam.

Challenged by Akhilesh, Mulayam has summoned both his brothers, Abhay and Rajpal, to Lucknow from Etawah. Both are solidly behind him along with Shivpal in his hour of need. So there is tremendous pressure on Akhilesh from within the family to bow down before his father, who made him CM and mentored his political career.

Deep inside his heart, Akhilesh also knows that at the end of the day, family is family. He also knows that many of the people he is surrounded with these days, like Naresh Agrawal, Kiranmoy Nanda, Azam Khan and Gyatri Prajapati, are only good-weather friends and will not be around if things turn against him.

It is also well known that earlier Akhilesh was not very fond of Mulayam's cousin Ram Gopal, who is his chief adviser these days. It was only to neutralise his bete noire Amar Singh that he has joined hands with Azam Khan and Ram Gopal.

Also read: Will Shivpal Yadav be the biggest loser in Mulayam-Akhilesh battle

#Aurangzeb, #Samajwadi Party, #Assembly elections 2017
The views and opinions expressed in this article are those of the authors and do not necessarily reflect the official policy or position of DailyO.in or the India Today Group. The writers are solely responsible for any claims arising out of the contents of this article.