Assembly elections 2018: Why Congress should not celebrate the results

The elections are over. The results favour Congress in three States (Chhattisgarh, Madhya Pradesh and Rajasthan) and regional parties in two others (Mizoram and Telangana).

A Chanakya is needed to pull together a "mahagathbandhan". Congress ministries have been formed, but the BJP presence in these states is far from idle.

The BJP was jubilant after the Supreme Court judgment of December 14 on Rafale.

But Rahul’s reaction was immature.

Luckily, the Supreme Court judgment on Rafale came after the election. It declared, “We do not have any substantial material on record to show that this is a case commercial favouritism to any party by the Indian government as the option to choose IOP does not rest with the Indian government”. 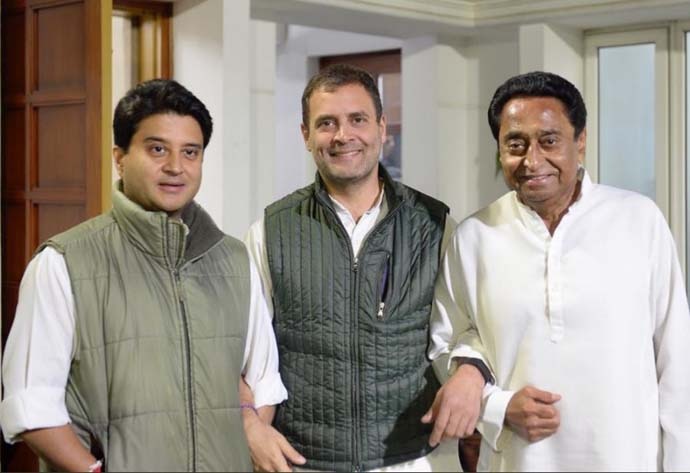 In this election, Rahul has shown energy but not necessarily wisdom. (Photo: Twitter)

It “found no reason for any intervention by this Court on the sensitive issue of purchase case of 36 defense aircraft”, but left the substantive issues untouched.

The judgment was cautious, but sends a message consigning the issue to politics if so advised.

Rahul attacked the BJP on Rafale in the no-confidence vote and made it a pivotal election issue.

He thought that Rafale was to Modi as Bofors was to his father, Rajiv. It was not.

Bofors was carried by the investigative journalism of Chitra Subramaniam, The Hindu and The Indian Express in full flow. No one accepted the Joint Committee on Bofors exonerating Rajiv.

Rafale is not yet open and shut.

His allegation “chowkidar chor hai” is reminiscent of the charge against Rajiv: “Raja chor hai”.

But the charge there was that Rajiv was personally complicit. There is no trail yet to Modi, rather than an alleged conspiracy to ingratiate Anil Ambani.

Rahul’s infantile barbs on Rafale about the missing PAC and CAG reports do not give him credit.

He cannot make this controversy shrill rise and should insulate himself from backfire. Rahul has every reason to claim a pivotal role in these state elections. But these elections were low on quality. Bombastic in every way from both the sides, sporting personality cults. In this election, Rahul has shown energy but not necessarily wisdom.

His histrionics were no match for Modi and Amit Shah. His jibes and counter-jibes were overdone and his grasp of the political issues was dramatic. Far from targeting people, his main target was Modi, who was all but willing to make it ‘Rahul vs Modi’, who outclassed Rahul in that kind of dogfight. 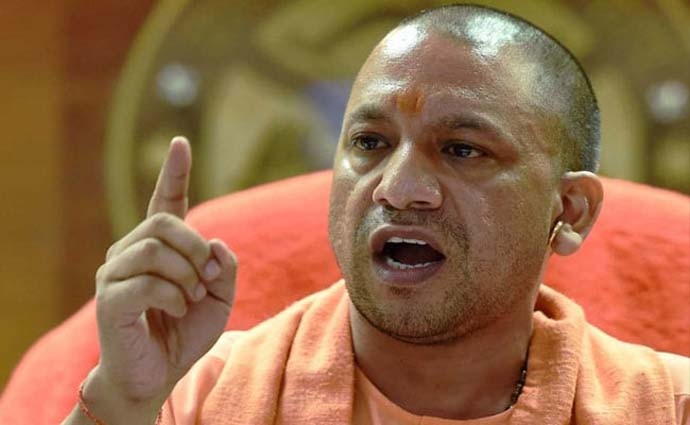 The top-heavy BJP imposed Adityanath in UP. That is an example not to be emulated. (Photo: PTI)

But Rahul’s presence was significantly persistent as the national face of the Congress.

It was his high-profile team in Madhya Pradesh (Kamal Nath, Scindia, Digvijay et al) who delivered. This was a difficult combination, but they worked together, identifying strongholds and marginals. Likewise, in Rajasthan Pilot flowered, as did the teamwork in Chhattisgarh.

Building a makeshift party cadre for these elections is not enough for the future.

The Sangh Parivar has a formidable electoral army. The Congress and other parties have an enormous task ahead to build their electoral army in three months. No leader can be without an electoral army of some permanence, not flotsam and jetsam.

In the selection of CMs, Rahul has manouvered an old-young combination with Kamal Nath–Scindia for MP and Gehlot-Pilot in Rajasthan. This is the correct approach, but the process was top-heavy with Delhi calling the shots.

The Assembly MLAs' posts should have been in the forefront. This was necessary as tactic and democracy.

The top-heavy BJP imposed Adityanath in UP. That is an example not to be emulated. It does not matter how long you take – as, indeed, the BJP did. But political federalism demands an interplay, instead of Delhi’s dominant inner party autocracy.

Kamal Nath should not head any state, as he was hauled up for diverting a stream for his property and escaped a huge fine.

There is more than a suspicion in peoples’ minds for his role in the Sikh riots when murder walked the streets.

He may be efficient and worked well during elections, but his name will be connected with the riots.

True, Modi is more than associated in the carnage of Gujarat and history has not caught up with him.

But the Modi example does not make Kamal Nath right.

Surely, the Congress is different. Maybe, this matters less in Madhya Pradesh but more so nationally.

Congress triumph from 2004-2014 was based on issues and delivery. Placing an old-young combination at the helm of the states is the correct approach, but the process was top-heavy with Delhi calling the shots. (Photo: Reuters)

The 2018 election is a springboard amid competing realities.

The regional parties have to be respected with alliances.

This is certainly true of the North-East and Jammu and Kashmir. There can be a democratic front in the Valley to ward off the BJP’s influence in Jammu.

The BJP juggernaut still exists — not to be underestimated. It has the Sangh Parivar behind it.

The temple issue is not dead. Strategy is as, if not more, important than histrionic personality cults.

In the past five years, the BJP had become an elected dictatorship, which has to be brought down.

Also Read: Challenges for Congress, lessons for BJP: How the state polls’ verdict will impact 2019 elections