Assembly polls 2018: What the future holds for outgoing BJP CMs

Outgoing Madhya Pradesh and Chhattisgarh CMs may want to move to the national stage. The only question is whether the top bosses in Delhi would want them there?

As the dust settles on the election results in Madhya Pradesh (MP) and Chhattisgarh, one can now try and look ahead to see what would be the political future of the outgoing chief ministers of these states. Will they stay on in the state and try and wrest them back in 2023? Or will they find a place for themselves at the national level?

Outgoing MP CM Shivraj Singh Chouhan is a member of the soon-to-be constituted 15th Vidhan Sabha and speculation is rife that he may take up the responsibility of the leader of the Opposition. Shivraj Singh Chouhan will have to defend many of his decisions in the House, besides trying to bring the new government to account on lapses if there are any. He has never been a member of the MP Vidhan Sabha as an opposition MLA. When he was first elected in 1990, his party, the BJP, was in power. He has however been part of the Opposition in the Lok Sabha between 1991 and 1996, then in the United Front government years between 1996 and 1998, and finally between 2004 and 2005 when he was appointed CM.

Outgoing Chhattisgarh CM Raman Singh has however been a member of the assembly as an opposition MLA between 1993 and 1998 in undivided Madhya Pradesh. He was later elected to the Parliament and became a union minister only to return to Chhattisgarh to become the state's CM.

With Lok Sabha elections due in May 2019, the outgoing CMs could want to contest them and move to Delhi for larger national goals. In MP, Minister for External Affairs Sushma Swaraj has already announced that she will not contest from Vidisha, which means Shivraj Singh Chouhan can contest from his old Lok Sabha constituency. 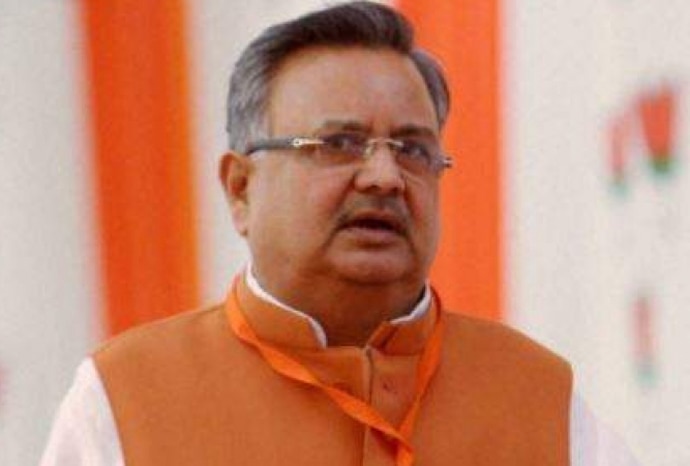 Will the outgoing Chhattisgarh CM move to the national stage? (Photo: PTI)

In Chhattisgarh, Raman Singh’s son Abhishek Singh is the sitting MP from Rajnandgaon. He could leave the seat for his father and instead enter the Vidhan Sabha. There is no dearth of constituencies in MP or Chhattisgarh from where both Singh and Chouhan can contest and win.

Both ex CMs have tremendous experience in their states which could be of help to the party at the centre. The only question is whether the top bosses in Delhi would want them there?

Post your comment
#Raman Singh, #Shivraj Singh Chouhan, #BJP, #Assembly polls 2018
The views and opinions expressed in this article are those of the authors and do not necessarily reflect the official policy or position of DailyO.in or the India Today Group. The writers are solely responsible for any claims arising out of the contents of this article.