In all, credit should go to the PM for finally turning his 56-inch chest to face tough questions and answering them patiently and with grace.

In stark contrast to the earlier interviews that the PM has given, the questions touched almost every issue which he has been cornered on recently, and PM Modi, to be fair, chose to answer all.

Here are the five key issues the PM addressed, and their significance.

Faced with recent defeats in the Hindi heartland, the PM chose to downplay the emergence of the Mahagathbandhan.

Instead, he called it a motley group of people, with no similar ideologies, coming together only for their own political survival. 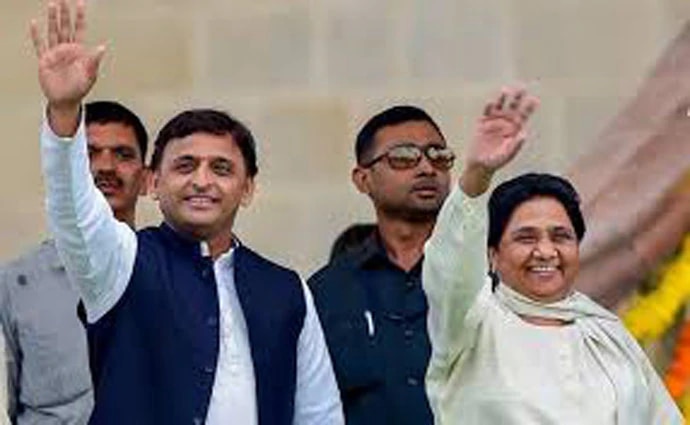 The PM has called the mahagathbandhan a motley group of people coming together for their own political survival. (Photo: PTI)

Perhaps resassuring his party cadres about the BJP's chances in the 2019 polls, Modi tried to pit the upcoming Lok Sabha elections as a fight between the janta and the mahagathbandhan.

Feeling the heat on issues like agrarian distress, demonetisation and GST, and often potrayed by arch rival Congress as 'suit boot ki sarkar', it was a clever ploy to reassure voters that the BJP stands with the common person.

The PM chose to play good cop to the RSS' bad cop on the Ram temple issue.

On being asked if his govenment would bring in an ordinance for building the Ram temple, something that the Sangh has been pitching for, Modi played safe and put the ball in the SC's court. He said once the judicial process gets over, his government would do what is appropriate.

While making sure his core Hindutva voter base is not antagonised, the PM did not indicate that the buck stops with the apex court's order. Not pitching directly for an ordinance also gives the PM elbow room while taking on his detractors when they accuse him of not respecting the judiciary.

The BJP seems to be testing the waters on the Ram temple issue.

The party realises that while the issue may not be as emotive as it was in the 90s, it still has the potential to push the party across in case anti-incumbency seriously hits home in 2019.

The PM would in all likelihood like to keep the issue alive, while not actively pushing for a definite deadline.

3) Women's rights vs matter of faith: Triple talaq and Sabarimala

The BJP has pushed the introduction of the Triple Talaq Bill in Parliament as a major achievement of PM Modi's government.

According to the party, the Bill is supposed to be a panacea for Muslim women who were earlier denied their rights by the Rajiv Gandhi-led Congress government that bowed down to fundamentalists and enacted a law to overturn the landmark SC judgement.

The criticism for the bill is more for the penal provisions laid out for Muslim men rather than doing away with the regressive practice of instant triple talaq, which has no provision in the shariat.

But the BJP would not have you go into the finer details, and instead make any criticism for the bill appear as a generic mindset against the rights of Muslim women.

The PM played to the gallery by pitching it as the same.

On Sabarimala, however, Modi played it safe and made this an issue of faith.

The party understands its right-wing patriarchial support base and can hardly afford to anger them. In this scenario, clearly, women rights may go fish.

Ever since the BJP's 2014 victory, both Modi and party president Amit Shah have repeatedly called for a 'Congress-mukt Bharat'.

A feat the BJP did realise, almost.

The Congress was reduced to 44 seats in the 2014 polls. It could barely cling to a few states in the country.

But come 2018, the emergence of Rahul Gandhi, and the sudden realisation by regional satraps of the devastating electoral powers of the Modi-led BJP, forcing them to join hands, turned the tide. Modi did not let go of the opportunity to tell the people that the 'first family' of the Congress is out on bail. (Photo: PTI)

When asked about his own comment, the PM said he meant a 'soch' (thought). To be fair to the PM, the Congress does portray itself as a soch.

Modi said he meant ridding the country of the culture of casteism, dynastic politics, undemocratic nepotism, something that the BJP thinks the Congress represents.

Fair enough, but the truth may be a little bit more practical.

The recent electoral defeats seem to have mellowed the BJP. The PM clearly did not want to come across as arrogant, something the BJP has frequently accused the Congress of.

Especially when the Congress president has been pitching hismself as a farmer-friendly anti-corruption crusader.

Yet, while sounding concilatory, the PM did not let go of the opportunity to tell the people that the 'first family' of the Congress is out on bail.

No mean achievement this.

The PM has long been accused of carrying out a monologe with no two-way communication on real issues.

The PM now spoke on all the contentious issues that have cropped up during his tenure.

The answers may not have been up to some people's expectations, but he did sit through all the pointed questions and patiently answered all.

He said he has already spoken on the Rafale deal, and moreover, the Opposition's accusations were against his government and not him personally.

No chink in his armour yet.

The very fact that he spoke on demonetisation, GST and the autonomy of the RBI (mentioning his cordial terms with former RBI head Urjit Patel as well) indicated that the PM has realised these are burning electoral issues that do need to be addressed.

Shying away from these, or shouting down detractors, simply won't help. 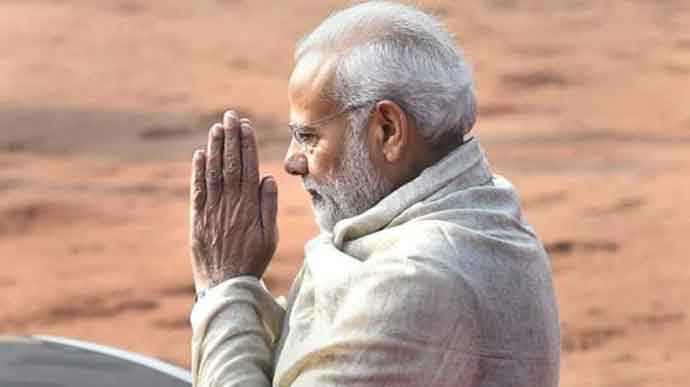 That he spoke on demonetisation, GST and RBI autonomy showed the PM has realised these are burning electoral issues that should be addressed. (Photo: PTI)

On the issue of lynchings, the PM was categorical.

It was wrong. Period. No matter in whose name it was carried out.

But, playing to the gallery, the PM did sneak in a retort to the questioner about whether such incidents were only happening since 2014.

No follow-up questions on his ministers' daliances with violent vigilantes also helped his case.

In all though, credit should be give to the PM for finally turning his 56-inch chest to face all questions and answering them patiently and with grace.

So what if it's an election year.

Also read: How Modi has set the tone for 2019: The Pradhan Sevak is back

Post your comment
#Mahagathbandhan, #Rahul Gandhi, #2019 Lok Sabha elections, #Narendra Modi
The views and opinions expressed in this article are those of the authors and do not necessarily reflect the official policy or position of DailyO.in or the India Today Group. The writers are solely responsible for any claims arising out of the contents of this article.