The BNP and India have a history of immense trust deficit.

As parliamentary elections in Bangladesh draw closer, (polls are expected at the end of the year), political activities are reaching fever pitch, amid heightening antics by the ruling Awami League (AL) and the opposition Bangladesh Nationalist Party (BNP). 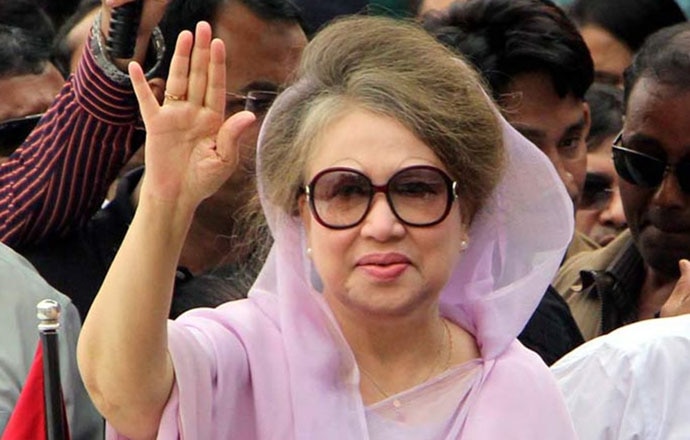 The BNP has been struggling to find its feet ever since Khaleda Zia was jailed in a corruption case. Photo: PTI/file

The BNP has so far not declared whether it will fight the elections. Its mysterious silence has led to a flurry of speculations, keeping the government and the AL on tenterhooks, and making the political scenario murkier. The BNP is also making efforts to reach out to Indian policy-makers, to gain greater acceptance and solicit support to contest the polls.

The BNP and India have an immense trust deficit, owing to the party’s track record of anti-India posturing and supporting and harbouring anti-India elements. It has also incurred the wrath of the Indian establishment for partnering with the right wing radical Jamaat-e-Islami (JeI), which has been very vocal with its pro-Pakistan rhetoric and its open opposition to liberals and seculars.

But now, to mend fences, the BNP has made several overtures to India. As a part of this – as already reported in these columns – a high-level BNP delegation visited India in early June and interacted with several think tanks and Bangladesh watchers.

This was also an apparent attempt on its part to elicit moral support from India, and to find its feet and bearing, which it seems to have lost in the aftermath of several corruption and criminal cases slapped on BNP leader and former Prime Minister Khaleda Zia. Zia is now in prison and her exiled son Tareq Rahman is calling the shots from London.

With no imminent signs of Begum Zia being freed, the BNP has doubled up its efforts to secure her release, and is dispatching delegations to several countries.

In furtherance of this objective, the BNP leadership is reported to have contacted a section of the BJP leadership through a serving minister, and held parleys in an Indian city. The party is trying to convince the Indian government to use its good offices to give some degree of legitimacy to the BNP. If that happens, it is likely that the party will enter the fray in the upcoming elections. In other words, it wants to use India as its crutches to walk the political corridor. Meanwhile, the AL too has entered into the offensive mode and is trying to neutralising the BNP’s efforts to come closer to India.  In another significant election-related development, the AL has swept the Gazipur civic elections held on June 26. Its mayoral candidate, Mohammad Jahangir Alam, defeated his BNP rival Hasanuddin Sarkar by a huge margin. This election is seen as a pointer towards the upcoming polls, and the convincing result has bolstered the morale of the ruling AL, although the BNP has alleged snatching of ballot papers and other malpractices.

Meanwhile, several activists suspected to be close to the BNP have been arrested on drug charges and the Election Commissioner has come under scathing criticism for his “partisan attitude”. Under these circumstances, it looks like canvassing for the General Elections will see the AL and the BNP lock horns violently, should the latter decide to participate.

The military in Bangladesh has always been politicised. Of late, however, the Armed Forces is being seen as apolitical, probably because a large number of officers are currently on UN missions, leaving them little time for domestic politics.

Yet, the recent appointment of Aziz Ahmad as the new army chief is being viewed as a comfortable aspect for the AL, as he is thought to be a professional and unlikely to take sides in the elections.

Earlier, the BNP had been demanding deployment of the Army for ensuring free and fair elections. The Army’s role, therefore, would be interesting to watch under Aziz’s leadership.  All said and done, the period preceding the elections would be fraught with excitement and interest, and India and its actions would be watched closely.

Against this backdrop, Prime Minister Sheikh Hasina’s most trusted confidante and political affairs advisor, HT Imam, is expected to be in India in early July, to interact with and address a couple of think tanks. His views would help see the straws in the wind for the future course of action.

Also read: Why the church has no faith in Modi