BIMSTEC: Sea of trade and connectivity opportunities waiting to be explored

The fourth BIMSTEC summit can be a step towards better integrating the group.

The Bay of Bengal for Multisectoral Technical and Economic Cooperation (BIMSTEC) is an inter-regional sub-grouping of South Asian and South East nations territorially linked to the Bay of Bengal, or having access rights to it as governed by the UN Law of Seas. It was founded in 1997 as BIMST-EC, established by the Bangkok Declaration. It comprises Bangladesh, Bhutan, India, Myanmar, Nepal, Thailand and Sri Lanka. Myanmar joined in 2002, and Nepal and Bhutan joined in 2004. Its Secretariat was established in Dhaka in 2014. Technically, Laos and Malaysia are also eligible to apply for membership. 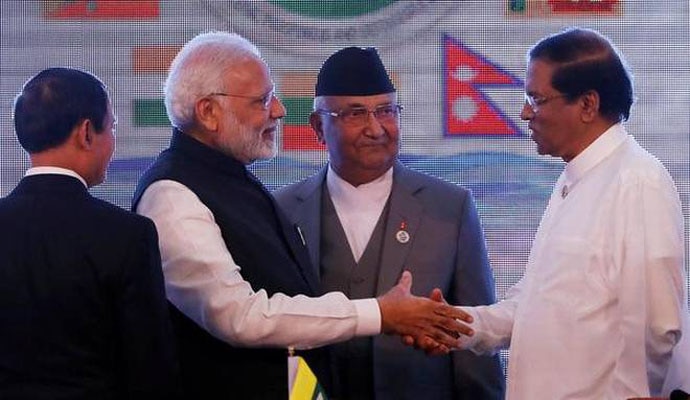 Geopolitics was the raison d’être for the birth of the BIMSTEC.

This is because the Indian Ocean has become the strategic pivot where rivalry between China and India are paramount. As much as 60% or more of China’s oil sources traverse the Indian Ocean, and have to pass the Malacca Straight, which is under the control of the US Navy. China, thus, needs and finds alternate access points in Myanmar, Sri Lanka, Pakistan, Maldives and Bangladesh. This displeases India, which considers South Asia as its exclusive sphere of influence.

It’s believed that the Indian Ocean is the "Chicken’s Neck", so to speak, of China’s national security. India’s control over the Indian Ocean could critically threaten China’s energy security, with or without the US. India’s "Look East" policy is, therefore, primarily a counter to China’s "String of Pearls" strategy.

With BIMSTEC, India hopes to get China to pull back in the Indian Ocean. India’s unprecedented recent investment in its Naval force is proof of this desire.

India’s 1993 “Look East” policy coincided with Thailand's 1996 "Look West" policy. Thailand targeted Myanmar, India and South Asia for its markets, in its desire to be an industrial state by the early 21st century. In tandem, it also sought to reduce the dominant hold of China in Myanmar, as well as to get it back in the international arena with the open support of the EU and the US. 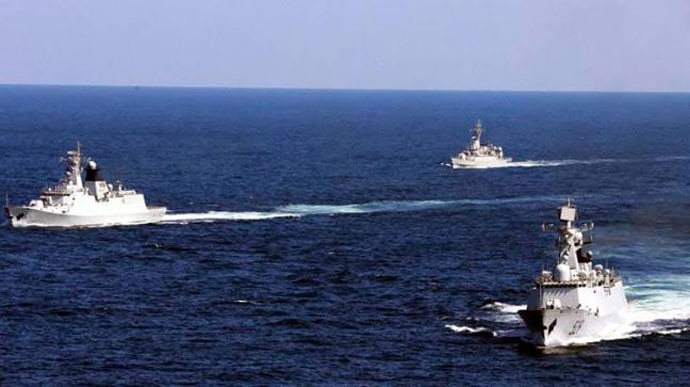 We may recall that Myanmar — then Burma — had played a prominent role in international politics from its independence in 1948 till the early 1960s.The selection of U Thant as the UN Secretary General in 1961 is sound testimony to their successful role in international politics. It all changed with the military coup in 1962, led by General Ne Win and his vision of a one-party Buddhist socialist state that chose to remain a hermit-like country, isolated form international affairs and discouraging all foreign contacts by its citizens.

Then, with the fall of the USSR, the military government changed the name of the country from Burma to Myanmar and introduced multi-party elections in 1990, where the National League of Democracy, led by Aung San Suu Kyi, won a landslide victory. This was hugely supported by the EU and the US as a step towards Myanmar entering the liberal global world order, with the so called "end of history".

Myanmar joined the World Trade Organization (WTO) in 1995. Both India and Thailand seized the geopolitical and geoeconomic opportunities arising from this, as, in jointing the WTO, Myanmar sought to open up to trade and investment to the whole world and move away from the stranglehold of China.

In sum, the Myanmar factor is the most vital in Sino-Indian geopolitics, as this is where India meets China, and BIMSTEC is a sub-regional innovation to gain leverage over Myanmar. So central Myanmar is to India that it has acquiesced to dropping its own soft power diplomacy, relying on appeals to human rights and democracy, when dealing with Myanmar.

Nature and Scope of BIMSTEC

3. Internal security and political problems in Bangladesh, India, Myanmar and Thailand retard progress, demonstrating a lack of political will.

4. BIMSTEC does not represent the same order of priority to all member nations.

5. Although centred on the Bay of Bengal, yet no sea connectivity so far.

What Nepal has done as Chair since 2014

Focused as it is on the Bay of Bengal, Nepal joined the BIMSTEC for the possible grand opportunity to exercise its sovereign rights to marine resources, and the possibility of sea transportation with its own flag carrier. The Bay of Bengal is crucial to all BIMSTEC member states. (Photo: Reuters)

BIMSTEC’s progress is abysmally poor. Beyond being an instrument of India’s "Look East" and now "Act East" policies, and Thailand’s "Look West" policy, there is no grand vision where all members feel comfortable with what is to be the mission of the Bay of Bengal sub-region, where the Indian subcontinent meets with the Indo-China peninsula with all the civilisational contacts of yore.

Nepal must prioritise on how BIMSTEC fosters its national interest, and how it can contribute to BIMSTEC. Nepal should make it clear that it seeks the identification of its maritime territory under the Law of Seas. What are its sovereign rights under the United Nations Convention on the Law of the Sea (UNCLOS) is a strategic concern in Nepal's national interest, and probably the main reason for it joining the BIMSTEC, in addition to influencing transit states like Bangladesh, India and Thailand to accede to the New York Convention on Land Locked States. For air connectivity, it should create air hubs centred on sub-regional airports as hub and spokes. Also, Nepal should not despair with no FTA.

The BIMSTEC summit may be an opportunity to target a few industrial products for either value addition or supply chain formation, or both, either for exports or import substation. A preferential arrangement can be innovated to suit each project. Barter arrangements could be designed to help LLDCs with BOP problems. For this, a BIMSTEC Preferential Trade and Investment should be negotiated, to allow the private sector to take a lead for economic integration.

BIMSTEC should be more meaningful for all involved, with genuinely innovative bottom-up P2P programmes. Trade and transport connectivity is meaningful and desired by people across categories, in all member countries.