The BJP always boasts of its “chaal, charitra and chehra” (behaviour, character and face/ideology) to claim that it is a “party with a difference". Going by such weighty catchphrases one would expect nothing but highly dignified public discourse from BJP leaders.

However, in a single day two BJP ministers and an MLA seem to have lifted the veil off the party's much-flaunted chaal, charitra and chehra, with their belligerent remarks.

Union minister of state for employment and skill development, Anant Kumar Hegde, while addressing a gathering in Karnataka's Koppal district, said: "Those claiming to be secular and progressive do not have an identity of their parents and their blood. One will get self-respect through such identity."  He further said, "I will be happy if someone identifies as Muslim, Christian, Brahmin, Lingayat or Hindu. But trouble will arise if they say they are secular."

Crossing all limits of decency, the minister not only described seculars as "people who don't have an identity of their parental blood", but went on propose changes in the Constitution by doing away with the idea of "secularism".Such language from a central minister is not only unacceptable, but unwarranted. The minister for skill development certainly lacks civility skills.

Hansraj Ahir, the minister of state for home affairs, was speaking at the inauguration of a store for generic medicines at a government-run hospital in Maharashtra's Chandrapur. Much to the chagrin of the minister, the district civil surgeon, Dr Uday Nawade, and dean of the medical college, Dr SS More, were not present at the event. Upset over their absence, the minister said such people should join the Naxals if they don't believe in democracy, and the government will then shoot them down.

“What do the Naxals want? They don’t want democracy... So these people (the absent doctors) don’t want democracy, then they should join the Naxals. Why are you here? Then (once you join the Maoists) we will pump you with bullets, why you are dispensing pills here?” According to this Hindustan Times report, Ahir was "punning on the Marathi word 'goli', which means both a pill and a bullet". 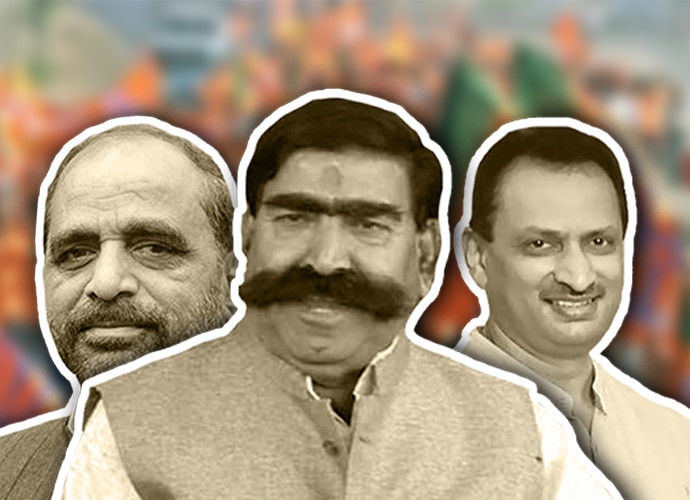 The minister also questioned whether it was appropriate for doctors to go on leave when a "democratically elected" minister was on a visit. Later, clarifying his statement, Ahir said that he respects doctors and his outburst was triggered by the absence of a few doctors.

Of course, the irony was not lost on the people who heard Ahir fuming - the minister of home, whose prime responsibility is to look after the law and order situation, sounded more like speaking the language of an outlaw.

Gyandev Ahuja and his 'cow row'

BJP's three-time MLA from Ramgarh in Alwar district of Rajasthan, Ahuja was upset over an alleged incident of cow-smuggling in Alwar district. He said, “Mera to sidha sidha kehna hai ki gau taskari karoge ya gau kashi karoge to yun hi maare jaoge (I say this clearly: if you smuggle or slaughter cows, you will be killed)."

Two years ago, when Pehlu Khan was lynched to death, MLA Ahuja said he had no regrets. “Kanoon humko haath mein nahi lena chahiye. Lekin uski maut hui. Uske liye humko koi afsosh nahi hai. Aur afsosh karoonga bhi nahi kyunki jo gau taskar hain, gau hatyare hain, aise paapiyon ka yehi harsh hota raha hai, hota rahega (We should not take law into our hands. But we have no regret over his death because those who are cow-smugglers are cow-killers, sinners like them have met this fate earlier and will continue to do so).”

Ahuja is a lawmaker, but is clearly seen justifying mob lynching and speaking the language of law-breakers. What is Rajasthan CM Vasundhara Raje doing? She should follow "Raj Dharma" and must take action against him.

A dignified political discourse is the life of a healthy democracy. Electors often idolise their elected representatives. These leaders are supposed to lead by example. But sadly, they seem to be further lowering the level of political discourse.