Public squabbles that are customary for other parties haven’t come to rock BJP’s boat in a big way so far. Jugalbandi: The BJP Before Modi answers why.

Ahead of the 1996 Lok Sabha elections, LK Advani announced to a BJP meet that Atal Bihari Vajpayee would be the party’s prime ministerial candidate. He did so without even asking Vajpayee for the fear that he might say no. He did so even without consulting the leadership of Rashtriya Swayamsevak Sangh (RSS) knowing all too well that the party’s ideological arm would be hard to convince. Atal Bihari Vajpayee and LK Advani looked convincingly at ease to sacrifice India’s most sought-after chair for each other.

The vijay never came but the two looked convincingly at ease to sacrifice India’s most sought-after chair for each other. A picture-perfect friendship that was anything but perfect. In his book Jugalbandi: The BJP Before Modi, Vinay Sitapati delves into what shaped and then steered this friendship.

More interestingly, Sitapati introduces the readers to the many hurdle races this friendship failed to complete. From watching movies together after electoral losses to spending time at each other’s homes, it was all about living happily till the ever after arrived. At the perch of power, the friendship is put to test and begins to falter – but it never breaks.

Sitapati finds parallels between the camaraderie that Atal and Advani shared and the bond shared by Shyama Prasad Mukherjee and Deen Dayal Upadhyay in the past, and that which exists between Narendra Modi and Amit Shah in the present. Sitapati calls it the Hindu Fevicol.

The secret ingredient of the Fevicol, the author says, is the focus RSS lays on unity in the absence of which “Hindus could be ruled” by Mughals. “The longest-serving head of the RSS, MS Golwalkar, was so obsessed with teamwork that he worried having a ‘blood’ family would distract RSS members from the only cause that mattered: Hindu unity,” Sitapati writes.

RSS members are encouraged to travel and sleep in beds placed close to each other for camaraderie to strengthen. All characters, including the two protagonists of Sitapati’s book, had had their introduction to the Hindu Fevicol. 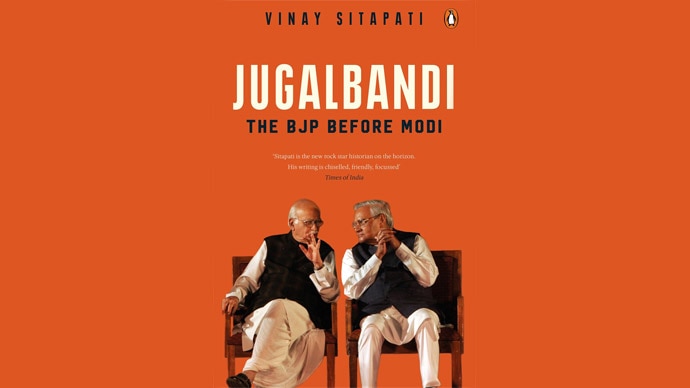 Public squabbles that are customary for other parties thus haven’t come to rock BJP’s boat in a big way so far. The party’s culture of solving internal differences internally is followed. And sacrifices are made when the unity of the party is threatened.

Jugalbandi, as Sitapati has explained at various points since the release of his book, is the story of different instruments doing what they do best to ensure the music is melodious despite having no similarity between them.

He goes on to tell the so-far untold story of Rajkumari Haksar, who Vajpayee met in college and who many years after that encounter moved into Vajpayee's house, much to the annoyance of RSS. In a country where private lives, especially the controversial aspects, of politicians remain out of bounds, the story is safest to be told with the main characters now gone.

Sitapati’s new book is as captivating and compelling a work as Half-Lion: How PV Narasimha Rao Transformed India was.

While the book traces the roller-coaster ride of Vajpayee and Atal’s relationships, it allows readers a sneak peek into the influence RSS holds on BJP and how that influence keeps the BJP together and individual ambitions in check.

You may disagree with the author’s many deductions but he keeps you hooked with the many stories – the corridor gossip - that you may not have heard of about “Vajpayee cutting Advani to size” and how the two men ensured the BJP presidentship remained between them for most part of the 1980s and 1990s.

Many answers about the equation between Shah and Modi could emerge from the reading of Jugalbandi. But that relationship is still unfolding and will have to participate in its own hurdle races.

The relationship between Advani and Atal ended with the demise of Atal, with Advani describing the equation as an “act of ideology”. There are lessons here for other parties to take. Only they are too hard to follow.