Is Britain hurtling towards a suicidal no-deal Brexit? The signs are many, none of them good

The drama is devoid of all sobriety and staidness, which, we were told, were enduring characteristics of British politics.

In the 1970s Bollywood movie Sholay, there is a scene in which Dharmendra, after his proposal for marriage is turned down, climbs onto an overhead water tank and threatens suicide. One of the onlookers turns to the person next to him and asks what ‘suicide’ means. The other replies: ‘Jab angrez log martey hain to ussey suicide boltey hain.' (When an Englishman dies, they call it suicide).

The unfolding saga of Brexit, in its most recent twists and turns, is one of a country with a relatively stable system of governance, inflicting self-harm to a degree that its democracy now seems on the verge of suicide. Who knew Brexit would one day look like this? (Photo: Screengrab/Sholay still)

No wonder political theorist Mark Chou argued that democracies are capable of sowing the seeds of their own destruction.

A week after Prime Minister Theresa May postponed the meaningful vote on her Brexit deal, there are looming signs that Britain may be headed for a no-deal Brexit on March 29, 2019.

The rather irresponsible talk of a no-deal seems calculated to prevent the collapse of Theresa May’s government, in the very likely scenario of her deal being rejected by the House of Commons. It is also calculated to appeal — over the heads of May’s own dissenting cabinet colleagues, party members and Parliament itself — to a section of the electorate perhaps fed up with the protracted wrangling over Brexit, and which want to ‘just get on with it’, meaning the process of leaving the EU. There can be sensed in May’s political maneuvers a populist appeal to protect her own political position.

Despite the insipid nature of May’s leadership, she does seem to be garnering sympathy for her untiring efforts to secure a Brexit deal with the EU. She has further committed to ‘respect the verdict of the British people’ as expressed in the June 2016 referendum, notwithstanding many allegations of the referendum result being flawed, on account of willful misinformation by the Leave campaign and the suspicious use of social media to skew the vote.

A no-deal scenario would likely be an unmitigated disaster for the country. There are eerie echoes of one of the many inane one-liners that Theresa May habitually makes, such as ‘no deal is better than a bad deal’.

This is itself in line with another that she made even earlier — ‘Brexit is Brexit’.

The fact that Theresa May is even contemplating the possibility of a no-deal Brexit could either mean that she is trying to drive a harder bargain with the European Union — through impossibly tough posturing, and by being, again in her own words, ‘a bloody difficult woman’. 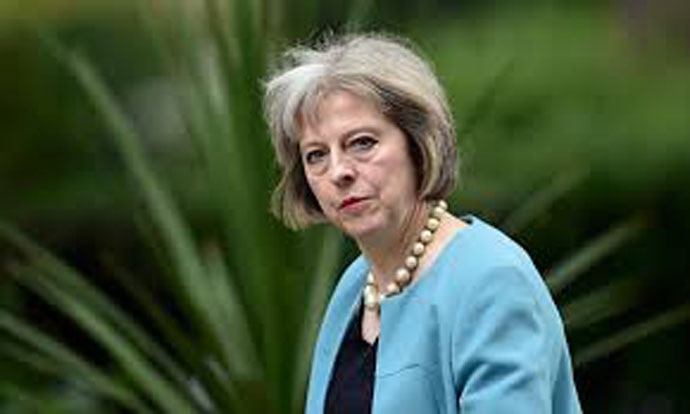 Theresa May once called herself a 'bloody difficult woman'. The difficulties, however, have so far been Britain's. (Photo: Reuters/file)

It could mean she is bluffing — or worse, if her bluff is called, that Britain really is headed down a road that runs off a cliff.

We will have to wait for the next few months to see if this is a cliff-hanger, or ends in a loud crash, bang and wallop. If some fervent Brexiteers are to be believed, Britain will run off this road not to crash, but to gloriously spread its wings, far too long chained by the silly regulations of the EU, to soar off into the lofty blue sky of trade agreements with countries across the world, dying to do deals with this once-upon-a-time imperial power.

The rather loose talk over a no-deal Brexit is surprising, as there was a feeling gaining ground that there might be a second referendum, that Brexit could be called off, and that the European Union would be happier to see the back of Brexit rather than Britain backing out.

The European Court of Justice even suggested that Britain could unilaterally revoke article 50 — through which a country can nullify its proposal to move out — thereby putting an end to this whole sordid Brexit drama.

The likelihood of a no-deal Brexit is being flagged by a succession of developments, such as the announcement on December 18 that 3,500 armed forces personnel would be put on standby to deal with the difficulties involved and the possibilities, it is presumed, of civil unrest. It was also announced that provisions would be made for emergency food and medicine supplies. All this sounds rather melodramatic, given the fact that until recently, a no-deal Brexit was considered a very remote possibility.

The government sent directions to all departments that they should put no-deal plans above all priorities, further advising businesses to start drawing up their own plans. Interestingly, this ramping up of the rhetoric on a no-deal situation began on a more cautious note, when it was suggested by work and pensions secretary Amber Rudd that, “just because you put a seatbelt on doesn’t mean you should crash the car”. 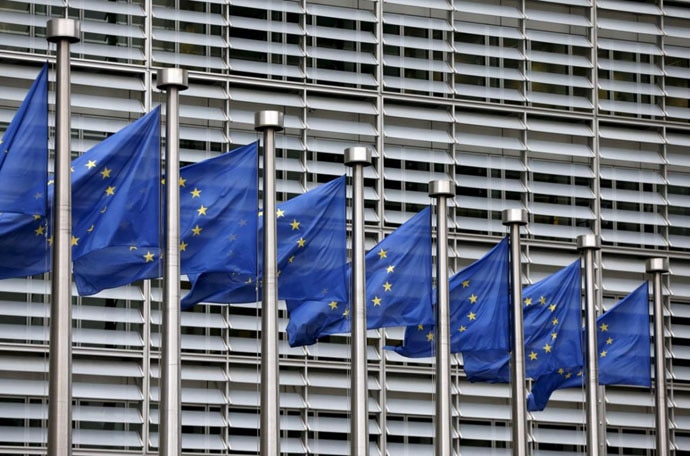 The EU has announced its own no-deal Brexit plan — which obviously protects European interests. (Photo: Reuters/file)

What is intriguing is the note of almost apocalyptic finality being struck by the Theresa May government.

When the government contemplates ideas like informing citizens through television adverts and social media about coping with a no-deal situation, the rhetoric is similar to a war-like situation, or the onset of an epidemic. Late on December 19, the EU responded by announcing its own no-deal Brexit plan, to protect European, and not so much British, interests.

Those opposed to the idea of a no-deal Brexit have responded with their own incredulous, disbelieving rhetoric.

Labour MP David Lammy tweeted late on Tuesday night that he felt like running through the corridors, screaming, “Wake the **** up people”. In an article in The Guardian, Jolyon Maugham has suggested that the only way to force the government to change course would be to resort to a mass strike, reminiscent of the 1926 general strike.

I just want to run through the corridors screaming “ wake the **** up people” but I’m stuck in Parliament and would likely get arrested. I’m going to get a chocolate bar instead. Aaaagghhh https://t.co/0kKoYccTjj

Good politics in the 1990s was summed up in the slogan, ‘It’s the economy, stupid’. Using such a yardstick, most reports on the economic effects of Brexit are dire.

On December 19, Opposition leader Jeremy Corbyn was accused of muttering ‘stupid woman’ during the Prime Minister’s question time. He has denied this, claiming that he said ‘stupid people’.

We don’t know who is being stupid — but the Brexit episode is certainly devoid of sobriety and staidness, which, we were told, were enduring characteristics of British politics.

Also read: The jury's out on whether Jeremy Corbyn called Theresa May a ‘stupid woman’. But those outraged by it really must look east

Post your comment
#No-deal brexit, #European Union, #Brexit referendum, #Theresa May
The views and opinions expressed in this article are those of the authors and do not necessarily reflect the official policy or position of DailyO.in or the India Today Group. The writers are solely responsible for any claims arising out of the contents of this article.