The great theft of India by imperial Britain – Part 2

In part-1 of this article (December 3, 2018), I wrote about new evidence that has emerged quantifying the economic value of plunder during the 190-year British occupation of India and asked how colonial reparations could be effected.

In 1988, I wrote a piece for The Illustrated Weekly of India called 'Debt and Dishonour of the British Empire' in which I computed the colonial reparations due to India at around £3 trillion. 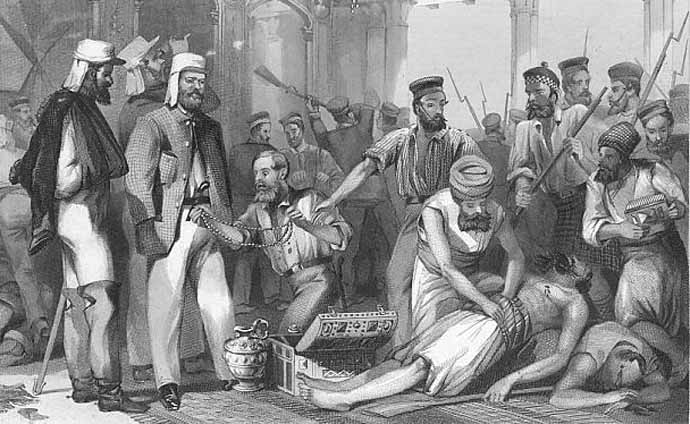 Nearly 30 years after that piece, Shashi Tharoor, former minister of state for external affairs, spoke on the subject at the Oxford Union in 2015 and later developed the theme into a book, excoriating the British Empire for its plunder of India. Shortly thereafter, I wrote for DailyO: “Shashi Tharoor, the Congress MP from Thiruvananthapuram, in his book An Era of Darkness: The British Empire in India, says reparations aren't needed; an apology and a token payment of one pound sterling a year for 200 years will suffice. He is wrong. Reparations are needed. An apology and tokenism won't suffice.”

This is what Tharoor wrote in his 2017 book: “India should be content with a symbolic reparation of one pound a year, payable for 200 years to atone for 200 years of imperial rule. I felt that atonement was the point – a simple 'sorry' would do as well – rather than cash. Indeed, the attempt by Minhaz Merchant to compute what a fair sum of reparations would amount to came up with a figure so astronomical – £3 trillion in today's money – that no one could ever reasonably be expected to pay it. (The sum would be larger than Britain's entire GDP in 2015).” Shashi Tharoor's book, An Era of Darkness: The British Empire in India, in which he wrote about reparations.

Tharoor is wrong on both the figure and the modus, as we shall shortly see.

Professor Utsa Patnaik has done painstaking research on the Indian economy which she began 50 years ago as a student abroad. She has arrived at an inflation-adjusted figure of £9.2 trillion for the wealth siphoned out of India by the British.

In an oped for the Hindustan Times published on October 30, 2018, Professor Patnaik elaborated on how she arrived at this figure: “How exactly did the British manage to diddle us and drain our wealth? That was the question that Basudev Chatterjee (later editor of a volume in the Towards Freedom project) had posed to me 50 years ago when we were fellow students abroad. After decades of research I find that using India’s commodity export surplus as the measure and applying an interest rate of 5 per cent, the total drain from 1765 to 1938, compounded up to 2016, comes to £9.2 trillion; since $4.86 exchanged for £1 those days, this sum equals about $45 trillion.”

Professor Patnaik goes on to explain the modus operandi: “The exact mechanism of drain, or transfers from India to Britain was quite simple. The key factor was Britain’s control over our taxation revenues combined with control over India’s financial gold and forex earnings from its booming commodity export surplus with the world. Simply put, Britain used locally raised rupee tax revenues to pay for its net imports of goods, a highly abnormal use of budgetary funds not seen in any sovereign country."

"The East India Company from 1765 onwards allocated every year up to one-third of Indian budgetary revenues, net of collection cost, to buy a large volume of goods for direct import into Britain, far in excess of that country’s own needs. Since tropical goods were highly prized in other cold temperate countries which could never produce them, in effect these free goods represented international purchasing power for Britain which kept a part for its own use and re-exported the balance to other countries in Europe and North America against import of food grains, iron and other goods in which it was deficient." “The British historians Phyllis Deane and WA Cole presented an incorrect estimate of Britain’s 18th-19th century trade volume by leaving out re-exports completely. I found that by 1800 Britain’s total trade was 62 per cent higher than their estimate, on applying the correct definition of trade including re-exports that is used by the United Nations and by all other international organisations. When the British Crown took over from the East India Company (in 1858) a clever system was developed from 1861 under which all of India’s financial gold and forex earnings from its fast-rising commodity export surplus with the world was intercepted and appropriated by Britain.”

Jason Hickel, a columnist with The Guardian, wrote a piece for AlJazeera.com on December 14, 2018, titled “How Britain stole $45 trillion from India: And lied about it.”

The piece laid bare the deceit with which Britain accomplished its plunder of Indian wealth over nearly two centuries and the disgraceful lack of acknowledgment in British society and among British historians of this crime.

Let’s turn now to other methodologies to compute the imperial theft. The Gandhian economic philosopher JC Kumarappa in a detailed note to the Congress in 1947 estimated Britain’s colonial debt to India at Rs 5,700 crore. This was largely undisputed at the time by both the Indian and British authorities – but the matter never went into arbitration.

The exchange rate in 1947 was Rs 13.33 to one British pound. The debt of Rs 5,700 crore computed by Kumarappa in 1947 was therefore equivalent to 430 crore pounds sterling or £4.30 billion. Adjusting for inflation and 5 per cent compounded annual interest over 71 years, the total British debt to India in 2018 would be over £5 trillion. 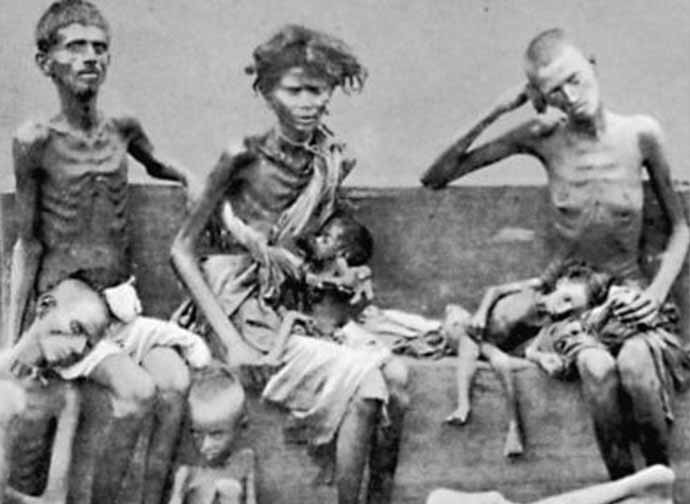 Professor Patnaik’s figure of £9.2 trillion ($45 trillion adjusted for dollar-pound exchange rates as well as interest) is significantly higher because she correctly computes the cost of exports and re-exports by Britain using extorted tax revenue from Indian peasants, farmers and workers.

Moreover, the cost of human suffering, through famines and the loss of Indian lives in wars waged by the British to capture Indian territories, from Punjab to Assam, has not been computed.

Even if a consensus is arrived at on the final reparations figure, how would post-Brexit Britain pay? Consider the discounted figure of £5 trillion. Spread over 50 years, Britain would need to repay the Indian treasury £100 billion (Rs 9 lakh crore) a year – that is an entirely affordable 3 per cent of Britain’s GDP. With every passing year, as the British GDP grows, the burden on Britain as a ratio to its GDP will shrink.

Why is compensation so important 71 years after the end of British colonial rule in India?

It is important because just as Germany was forced to pay reparations to the allies after World War I, justice must be served.

Colonial reparations by Britain have a precedent. In 2013, the British government paid $20 million to Kenyans tortured by British colonial forces during the Mau Mau uprising in Kenya in the 1950s. The amount was small, the precedent it set large.

American historian and philosopher Will Durant toured India in 1930. This is what he wrote: “The British conquest of India was the invasion and destruction of a high civilisation, utterly without scruple or principle, careless of art and greedy of gain, overrunning with fire and sword a country temporarily disordered and helpless, bribing and murdering, annexing and stealing, and beginning that career of illegal and 'legal' plunder which now (1930) has gone on ruthlessly for one hundred and seventy three years."

Colonial reparations to India won’t fully heal the wounds of India’s ‘high civilisation’ that Durant wrote so feelingly about. But they will be a step in the right direction to correct a historical wrong.