Why replacing BS Yediyurappa will not be easy

If ever anyone can find a replacement for Yediyurappa, it will be the chief minister himself.

While speculation is rife that the BJP central leadership is keen on finding a suitable replacement for Karnataka’s Chief Minister BS Yediyurappa whenever he decides to quit, it will not be an easy task. The speculations grew stronger during the last week of May, as the government was criticised for its flipflop decisions on Covid-19 related regulations. There were even reports that the central leadership planned consultation meetings to identify a replacement for Yediyurappa.

Those aware of the BJP’s rise in Karnataka in the last two decades admit that the party will never find a suitable replacement for Yediyurappa (77). His political experience, community backing, connections at the grassroots level, as well as the influence he wields with the powerful Lingayat seers and backdoor negotiations with rivals, is unmatched. If ever anyone can find a replacement for Yediyurappa, it will be the chief minister himself. 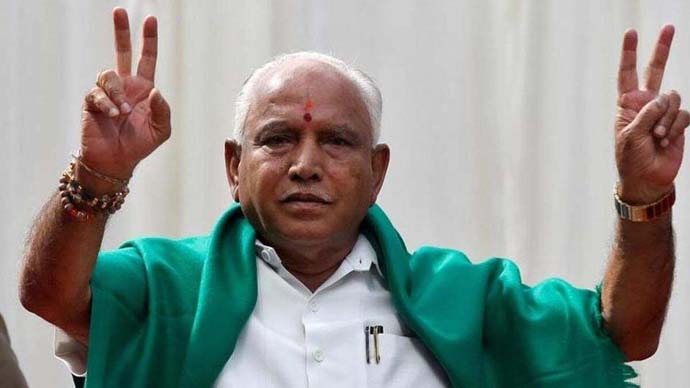 Those aware of the BJP’s rise in Karnataka in the last two decades admit that the party will never find a suitable replacement for Yediyurappa. (File photo: Reuters)

Yediyurappa knows that he has to eventually make way for a successor in the next two years before the state goes to polls in 2023. But he is in no hurry to vacate the CM’s chair, as is being speculated by his detractors. He has completed one year in office after assuming power by toppling the Congress-Janata Dal (Secular) coalition government. It will not be a surprise if Yediyurappa gives up his post just months ahead of the next Assembly polls.

The BJP cannot risk invoking Yediyurappa’s wrath by asking him to vacate his seat; it has already experienced that result when he quit the party in 2012, leading to the national party’s debacle in the 2013 Assembly polls. Yediyurappa will not embark on such a political adventure now if he is asked to quit the CM’s chair. But the BJP central leadership knows that a successor cannot be found without Yediyurappa’s cooperation. At the same time, the party leaders are clipping his wings by interfering in the state’s BJP affairs. Yediyurappa will not mind as long as his interests and his chair are protected. There are several aspirants to take over the reins from Yediyurappa. It is for sure that the CM will make them wait rather than simply handing over the baton to his successor.