Budget 2019: Some commentators are misreading Budget 2019. They still haven't got PM Modi's vision of growth

Most experts have failed to realise that ‘growth’ has acquired a new meaning and new measures under PM Modi. The people who have noticed the change voted Modi back.

Finance Minister Nirmala Sitharaman’s first Budget,  which is also India’s first by a full-fledged women Finance Minister, has elicited a host of reactions from economists and experts of various hues. Some say there is no clear message in the Budget and that it is confused and marked with incremental and not big-ticket steps. Still others have found it a bundle of contradictions and silent on job creation. Then Modi's goal of making India a three trillion dollar economy in the next five years is also being questioned by the skeptics.

Modi in turn has categorised them as 'permanent pessimists suffering from hopelessness'.

Many have, of course, also lauded it. But a clear indication that comes out of these reactions is that most experts have failed to realize that growth has acquired a new meaning under Prime Minister Narendra Modi in the past five years.

The Sensex or the GDP growth rate are no more the final indicators of growth under Modi. The new Modi parameters of the nation’s prosperity and progress are how far the welfare schemes have reached the poor and the common citizen, how honest and efficient the bureaucracy is and whether the nation’s common person is part of the development journey or not, whether the people get a feel of the changes that have come in the form of good governance and finally, whether there is a level playing field for big business players at the expense of crony capitalism.

This doesn't mean that the requisite financial parameters for measuring growth including investments don't matter for Modi — but he differs with others in attaching paramount importance to last mile delivery of the fruits of development, especially to the poor and the common people. And, he is not off the mark in thinking so, if one goes into the history of India's growth story after the opening up of the economy in 1991. In spite of massive growth that one saw since 1991, the gap between the rich and the poor didn't narrow down to the levels that many economists had expected. The past five years of course have been different.

There has been a massive weeding out of middlemen from the system. 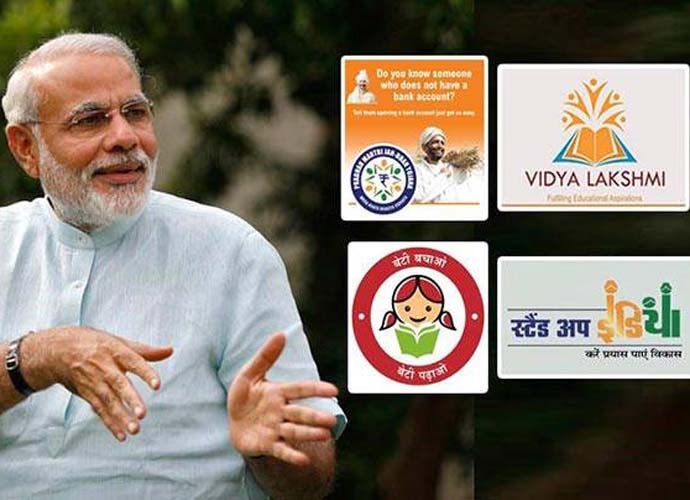 In the past seven decades, the story of the delivery of welfare schemes in India has been too dismal. It has apparently never gone beyond 40% or 50% when the government in power claimed 100% — many experts now agree that due to tight monitoring using digital power and strict supervision from a relatively honest bureaucracy from top, the last mile delivery of welfare schemes has apparently crossed 80% and even 90% in some cases like the PM’s housing scheme for the poor.

The nation’s electorate has just given its verdict on the new Modi brand of governance based on actual delivery.

The analysis by some that the Balakot air-strike changed things for the BJP is wrong because all the electoral surveys till the final results came clearly showed that the support for Modi came more from his good governance and his government’s transparent image than the Balakot air-strike. The BJP president and now also the Union Home Minister, Amit Shah, deftly capitalised on the success of these schemes by converting the people’s goodwill into votes through a well-oiled BJP machinery. 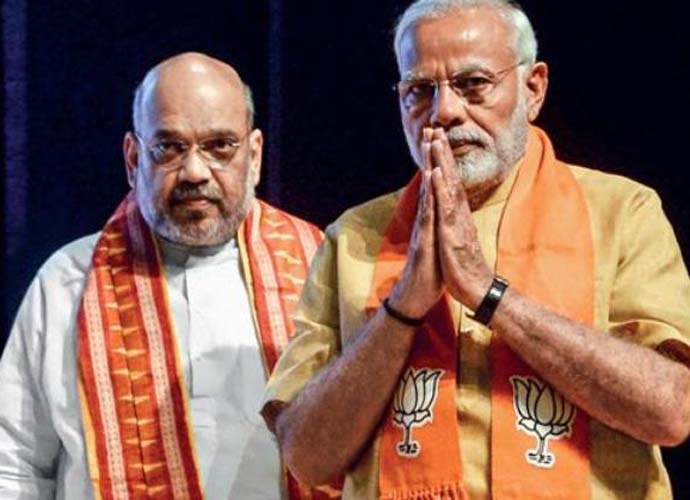 In my 2017 book on Narendra Modi’s governance as Prime Minister, published by Penguin Random House and titled Marching With A Billion, Modi explained his development vision and told me that when he takes the first step in a particular direction, he knows what will be his fifth or even the tenth step in the same direction. So, when he brought the Jan Dhan scheme for opening bank accounts for the poor or many other schemes for the common citizen, he knew about their multiple impact on governance and future steps needed to reap the final fruit.

Poverty elimination by taking the welfare schemes till the last beneficiary through an empowering — and not a dole-based — model remains one of Modi’s chief aims.

The other is to raise or secure government money by attacking black money and corruption and by leveling taxes on the upper class, using the available funds to eliminate poverty even while empowering the medium and small entrepreneurs, particularly the start-ups, and also creating a level-laying for the big players in the corporate world by ending crony capitalism.

The other main aim is to enjoin common people with the development journey of the nation by appealing to their individual and national pride and bringing out the latent energy present in them. An ongoing objective is, of course, transparency at all levels.

2019 is the continuation of the past five years of the Modi growth story: An empowering model Think outside the box: Budget 2019 should be read in continuation with the story of growth under Modi in the last five years. (Source: India Today)

So, the 2019 Nirmala Sitharaman Budget should be seen in continuation of his government’s steps taken during the past five years and the March 2019 interim Budget presented by the then-interim Finance Minister Piyush Goyal. The unspoken aim of the Budget is to continue the growth journey that began in 2014, while continuing to strengthen the once shattered governance edifice, so necessary for the last mile delivery of schemes.

When the 2019 Economic Survey, smartly explained by two relatively young economists, the Modi government's Chief Economic Adviser KV Subramanian and Principal Economic Adviser to Union Finance Ministry Sanjiv Sanyal, spoke about creating a ‘self-sustaining virtuous cycle‘, one couldn’t lose sight of the Modi strategy of having a chain of inter-linked schemes to attain a development or governance objective — a strategy he has demonstrated in multiple areas over the past five years.

Banks: Cleaning up, strengthening of the edifice, recapitalisation are interlinked

On banks, for example, Sitharaman has revealed an excellent strategy — continuing with the ongoing cleaning up of the banking sector and strengthening it alongside, by recapitalising it gradually. Only Rs 70,000 crores have been allocated for recapitalisation as against a possible higher amount. This is because the government believes that the quantum of recapitalisation has to be commensurate with transparency in the sector so that the money doesn’t become NPA again.

Then, there is also a firm talk about the Development Finance Institutions which are necessary in the present times. It has been promised, yet again, but never implemented.

“The budget has presented an empowering model for the small and medium entrepreneurs in keeping with the RSS philosophy to build an eco-system which results in institutionalization and, as a result, becomes self-sustainable,” said an RSS leader. 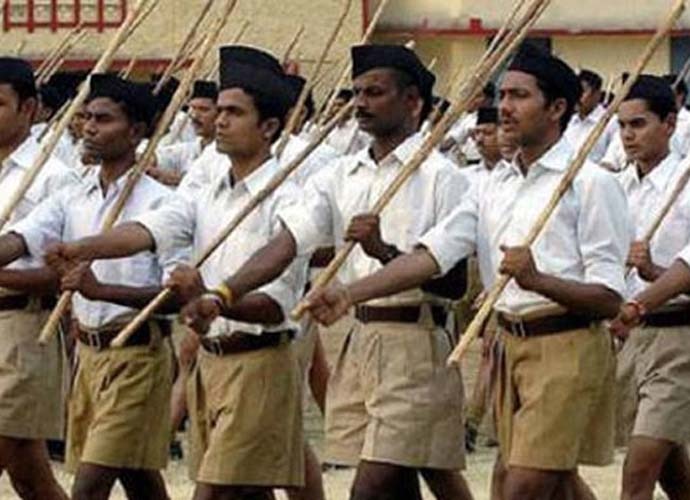 The RSS vision: The organisation is also a stakeholder in vision for economic deveopment and growth. (Source: India Today)

The steps taken on the Non-Banking Financial Institutions (NBFCs) are also not big-bang but aim at strengthening the edifice. The government has indicated an FRDI law for resolution of the problems of financial institutions, including banks and NBFCs, so that the government doesn’t have to persevere when NBFCs like IL&FS are in trouble and use tax payers' money to save them when sudden problems crop up in these institutions. Clearly, it is out to make an ‘Insolvency Code’ kind of law for financial institutions.

On the issue of FDI in insurance, aviation and other institutions, the government has taken a consultative route, indicating it will proceed on this after speaking to the stakeholders — one of which is the RSS which has opposed FDI in crucial sectors.

The incentives to encourage the growth of the electric vehicle sector and to make India a global hub of E-vehicles are, in a way, historic. They are similar to Modi’s now much appreciated but risky step of encouraging solar generation in Gujarat by giving very high incentives in 2008 as the state's Chief Minister, in keeping with his Climate Change vision. The E-vehicle plan comes with an entire ecosystem roadmap over the next decade-plus. But what is good is that the larger plan also has short-term targets till 2022.

Then, the Budget reflects the Connect-India vision by strengthening transports systems — Aviation, Railways, Waterways, rural roads and State Highways — which was the emphasis of the previous Modi government too. Similarly, the fillip given to the housing sector is also along the same lines. What is eagerly awaited are the steps for encouraging exports, which will be the key driver for accelerating growth, investment and job creation.

The lead given to the start-ups, in the form of high incentives, is in keeping with the core of the Modi vision of ensuring pride and success amongst young entrepreneurs, with a view to linking their skill and energy with the development journey of the nation.

There are also a couple of worrisome proposals in the Budget — like allowing the government to go for external borrowings in eternal currency for meeting the developmental objectives. The fear is in view of the past history of countries like Mexico, Argentina, Brazil and Indonesia which had to pay heavily after they went for external borrowing in external currency route. This step, in turn, is rooted in the slowing down of investments which has a direct impact on job creation. Investments are important for Modi's five trillion dollar dream.

Clearly, this Budget is supplementary to Modi’s own brand of a successful growth story that he carved out in his previous term and won encomium for it directly from the people, if not from the experts and economists.

How experts misread the Modi model

Soon after the thumping 2019 Modi victory, some experts did admit that they had misread the extent of delivery of Modi's schemes. That reminded me of an episode in June 2017 when, in a seminar on growth including growth under Modi, I found myself isolated as a speaker amongst a host of economists and thinkers when I said that for the first time, the foundation of a new model of good governance was being laid by Modi, based on transparency, delivery, innovation and pride creation.

I had a very clear view of the model as I had just finished my book mapping Modi's governance. However, most speakers disagreed with me on that day and even pointed out holes in my view — without caring to furnish any evidence. After May 23, 2019, at least two people who were associated with the organisation of the event admitted that most speakers on that day were off the mark and that I was the only one who was precise.

What is good for Modi is that Finance Minister Nirmala Sitharaman has a good record of implementation in Commerce and Industry as a Minister in her earlier stint and she has also demonstrated a strong sense of propriety.

She will walk on the direction of the PM, which means working decisively in the areas assigned to her for independent decision-making and on the other hand not deviate even an each from the PM’s agenda in other areas.  So there will be perfect synergy between the two.

In addition to this, Sitharaman has an economics background and also an MPhil in international relations and, therefore, understands economics in the global context too. She has been remarkably diligent and sincere while executing the task assigned to her and also consultative but firm in decision-making. Clearly, despite the enormity of the challenge in her new assignment, Sitharaman appears to be the right person for the kind of delivery that Modi wants in one of his most crucial ministries.

Also Read: Union Budget 2019 is not populist but can increase the pace of development in the country