They haven't been taxonomically updated since Independence.

Reference collections are the backbone of biological sciences. Biodiversity studies cannot proceed without them. Taxonomy and nomenclature, which are concerned with the naming of things, depend entirely on such collections, where material can be compared and identified. Modern technology has given us high-resolution digital photographs, which can be magnified hundreds of times, but such technology cannot supply the DNA, the internal parts or details of physical structure that are often used to distinguish species.

European colonisers were instrumental in putting together vast reference collections of the flora and fauna of their colonies and initiating studies about them.

The aim was, more often than not, the economic exploitation of resources, but the effect was to create a vast knowledge base of global fauna and flora.

The British were particularly assiduous in their collection, so that today the Natural History Museum in London houses the largest collections of most life forms on earth. For many years, it was customary to deposit a specimen of any newly described life form from any part of the globe in that collection, to facilitate reference by workers in that field. If a creature was not in the collection there, it was reasonably safe to assume that it was new to science. 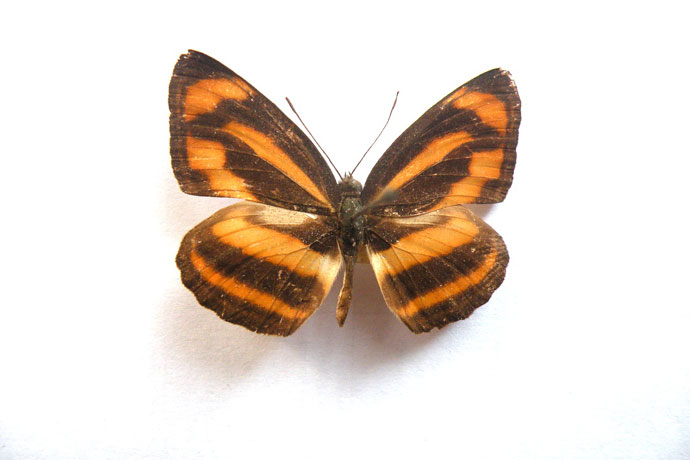 Prior to Independence, natural history was thriving in our country, collections were growing and data was being collated. The British divided some governmental collections, such as that at the Imperial Forest Research Institute, Dehra Dun, between India and Pakistan, leaving substantial holdings to each.

However, these collections were by no means complete, since work on them had only started some decades before Independence.

Little was done subsequently, except for birds, so that today we do not possess a complete collection of the mammals of our country at any institution. The same can be said for reptiles, birds and insects. While the National Collections contain the largest collection of bird skins, according to experts, they are not well maintained. The collection of the Bombay Natural History Society, a non-governmental organisation, is usually considered the best collection in the country, with 29,000 bird skins of 900 species, out of a total of 1313 species for the subcontinent. This means we still lack specimens of about 30 per cent of the species found on the subcontinent.

Although the ZSI is the custodian of the National Collections, not much is said or known about them, so that even on their website, the collections are dismissed with a terse reference in the “Primary Objectives” section stating “Maintenance & Development of National Zoological Collections”. Butterflies and moths (Lepidoptera) are perhaps the best studied group of insects after commercially important species like honeybees. Using them as a yardstick, I discovered that the best collection in India is probably at the Forest Research Institute, with 3,800 species; the next best, comprising mostly material also at the FRI, is at the IARI, with 3,200 species.

These seem large holdings, but one gets a true perspective if one considers that India is home to 1318 species of butterflies and an estimated 18,500 species of moths, totalling around 20,000 species. Our best collection holds around 20 per cent of the Indian fauna. The remaining 80 per cent is held in collections around the world.

Out if the 20 per cent that we hold, many species are represented by one or two specimens. For any sort of meaningful taxonomic work, one needs at least eight pairs, showing the range of variation, if any. Therefore, our meaningful holdings are reduced even further, to perhaps half or two thirds of our current holdings. This is the reason why very little taxonomic work is going on in India. Out of roughly 250 new taxa of butterflies described from the Indian subcontinent and Himalayan-Pamir complex since 1947, Indians have described two species and three subspecies.

Of these, only one was described by a professional scientist. The first valid butterfly taxon to be described by an Indian was in 2004.

A major drawback is that our collections are restricted to the Indian subcontinent. We do not have comparative material from distant or even adjoining areas.

This is the reason we do not have international authorities among the Indian biological community. Nature does not recognise the nation state concept and therefore, taxonomy is necessarily an international study.

Internationally, exchanges of specimens used to regularly happen between museums and research institutions, thereby augmenting each others’ collections. In India, this rarely happens even between Indian institutions.

All these concerns become minor, however, when one discovers that the collections have not been taxonomically updated since Independence. The IARI collection has been partly updated, but the FRI one has not — the labels in the cabinets are as the British left them. I drew the attention of the then President APJ Abdul Kalam to this problem, where in some cases, three different species were grouped under one name in one of the collections. This resulted in denials by the people in charge of the collection rather than any effort to improve things.

The Zoological Survey of India recently celebrated its centenary. If this is all they could achieve in a century, it would be naïve for us to expect things to start improving now. It is up to private citizens to build reference collections that may be used by the upcoming generation for study and conservation. One of the maxims of conservation is that you cannot protect what you do not know about, so in order to conserve Indian biodiversity, we private citizens will have to step forward. A major source of museum collections all over the world is donation by private individuals. Private citizens are international authorities in many fields, since governments cannot fund everything.

Some people with vested interests circulated rumours that Indians needed permission to make collections of any life form. This is not true, for among the fundamental constitutional duties of citizens is to improve the scientific temper, spirit of enquiry and reform and to protect and improve the natural environment including forests, lakes, rivers, wildlife and to have compassion for living creatures.

In areas protected by the forest departments such as reserve forests, sanctuaries and national parks, one requires permission from them to even remove a dead leaf. To collect species listed on the Schedules of the Wildlife (Protection) Act, 1972, one requires permission from the chief wildlife warden of the state or country. Besides these, there is no restriction on collecting for non-commercial purposes. For commercial purposes, under the Biological Diversity Act, 2002, one needs to inform the state biodiversity board about what one is doing. They can ask for clarification, but cannot forbid, or give permission for, such activity.

At present, the state of knowledge of our biodiversity is so poor that we do not have a complete list of moths for even the national capital, nor do we have enough reliable distributional data to write national level treatises on Indian moths.

The nomenclature of some groups is in such confusion — for example, in the Euproctis group, scientists are reduced to naming them as Species 1, Species 2, ad infinitum when referring to them.

Of 72 species of the well-known Giant Silk Moths or Emperor Moths (Saturniidae) known from the Indian region, 19 were described in this century, but not one of them by an Indian.

Also read: Why India is 70 years behind in understanding its butterflies

#Taxonomy, #Conservation, #Butterflies
The views and opinions expressed in this article are those of the authors and do not necessarily reflect the official policy or position of DailyO.in or the India Today Group. The writers are solely responsible for any claims arising out of the contents of this article.