CBI crisis: The controversy will end, but will the probe agency’s image ever recover?

The ongoing row has tarnished the CBI, the government, as well as the Opposition.

The recent happenings at the CBI are unprecedented. Never has the premier investigating agency of the country been in similar crisis. These events will have ramifications on the dignity, discipline and image of CBI.

Dealing with crisis is a part and parcel of officialdom, a daily routine, almost. The negativity of the situation is not because the CBI is embroiled in it. It is the type of controversy that makes one squirm. Never has the premier investigating agency of the country been in similar crisis. (Photo: India Today)

The question that should be troubling us is how are things so opaque within our investigative agency? With serious charges and counter-charges flying thick and fast, the ordinary citizen may be left wondering as to what really goes on behind closed doors at the CBI.

It is not as if the agency’s neutrality and transparency are being put under the microscope for the first time. From time to time, establishments and individuals have questioned its role. But, in an organisation that is mandated to be on eternal vigil against crime and corruption, top officials having a go at each other in full public view — levelling charges of corruption against one another, registering FIRs, moving court, removing one, arresting one — is unprecedented. Reports suggest the legal wing is also virtually divided down the middle in their opinion.

We do not know who is speaking the truth. Is it Alok Verma or is it Rakesh Asthana? Hard to say. One thing is sure — not both are lying outright. There may be lots of “reading between the lines”, but one of them is telling the truth. That alone can lead to an inference that corruption has touched the highest offices of the central probe body. It may have infiltrated its echelons long before, but never have we been confronted with such specific charges. Naturally, the unease in the government is understandable.

The central government has stepped in. Refusing to take sides, it has sent both officers on leave, saying it did so in the interest of maintaining the dignity of the office. Very understandable. Although a question remains — what took it so long? This issue has been simmering for months now. Intervention was welcome, though of course, it would face public scrutiny. 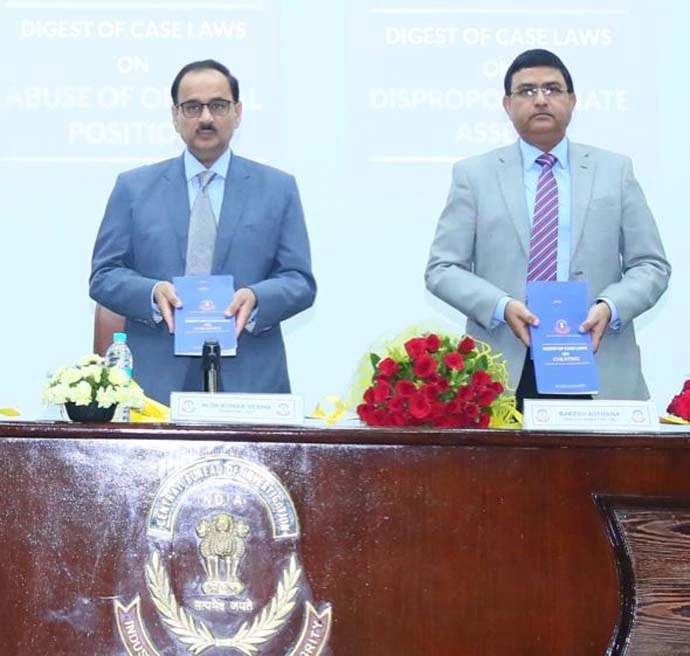 One of them must be telling the truth. (Photo: India Today)

Verma in his plea in the Supreme Court has made another argument that may have serious implications. He has implied that the autonomy of the CBI is being repeatedly and seriously compromised whenever investigations don’t proceed on the lines desired by the dispensation of the day.

The veracity of Alok Verma’s charges is yet to be verified. While the apex court has asked the CVC to complete probe against him in two weeks, it has stopped short of giving him a clean chit, outright.

The way politics have seeped into every aspect of life, including the bureaucracy, is a sad reality of our times. Also disheartening is the fact that the Opposition is picking and choosing agendas to suit themselves.

The nomination of Alok Verma was met with an official “note of dissent” from Mallikarjun Kharge in January 2017. NGO Common Cause moved the Supreme Court on Thursday (October 25) challenging the Centre’s “arbitrary” decision to divest the CBI chief Verma of his powers. It would be worthwhile to recollect that the same NGO had unsuccessfully challenged Verma’s appointment in January 2017, alleging that due procedure was not followed in his selection. The Opposition has been aggressively trying to link the CBI crisis with the Rafale deal. (Photo: PTI)

Moreover, the Opposition had been aggressively trying to link the CBI crisis with the Rafale deal. That, however, fell flat as the agency rejected outright a report that files related to several crucial cases, including that of the Rafale fighter aircraft deal, was under the consideration of its Director Verma when he was divested of his powers by the Centre. The Opposition, thus, is either naive or simply opportunistic. Surely, there are more pressing issues, and surely, the voters can read between the lines.

However, the charges emanating from both sides are serious. Besides, they are an indication of the internal ebbs and flows in the corridors of powers. Vigorous debates on such situations are certainly not adding to the comfort levels, or the “firefighting” reputation, of the government.

The task of rebuilding the image of and ensuring transparency in the CBI rests squarely with the government. India will be watching.

Also read: Rahul Gandhi says Rafale deal is behind the CBI crisis. How right is he?