CBI vs CBI: Why we should analyse the situation in the light of Lok Sabha Elections 2019

Is Alok Verma right and Rakesh Asthana wrong? Or, vice versa? No, there is no reason to jump to those conclusions right now.

The CBI imbroglio gets curiouser and curiouser, as Alice would say. Rahul Gandhi says removal of Verma at midnight was illegal and a result of the Prime Minister panicking as Verma was about to start an investigation into the Rafale deal, a charge which a CBI spokesman has denied.

Now Rahul is going to lead a protest outside the CBI headquarters, and Congressmen will hold protests outside all CBI offices throughout the country.

Join us today at 11 AM as we march from Dayal Singh College on Lodhi Road to the CBI HQ, to protest the PM’s disgraceful & unconstitutional attempt to block an investigation into the Rafale scam by removing the CBI Chief. Similar protests are being held today, across India.

Many theories have been advanced about all this. So, let me present mine.

CBI officers are all policemen, and it is a well-known fact that in India, the police force, which, in theory, should be non-political, has been largely politicised in reality.

Also, a considerable number (though not all) of police officers are self-seekers and many have even become corrupt. The fight is not ideological; it's apparently a clash of allegiances. (Photo: India Today)

Let us call the two top CBI officers A and B.

Both want to please their political masters for their own benefits, not because they have any faith in the ideologies of those politicians. Both are senior, and have learnt from their long experiences what would be good for their personal future prospects.

But A feels that a particular political party will win the coming Lok Sabha elections in 2019 with absolute majority. Hence, he does not want to do anything which displeases and/or creates problems for them and upsets their apple cart, like raking up the alleged corruption cases under their watch, for example. 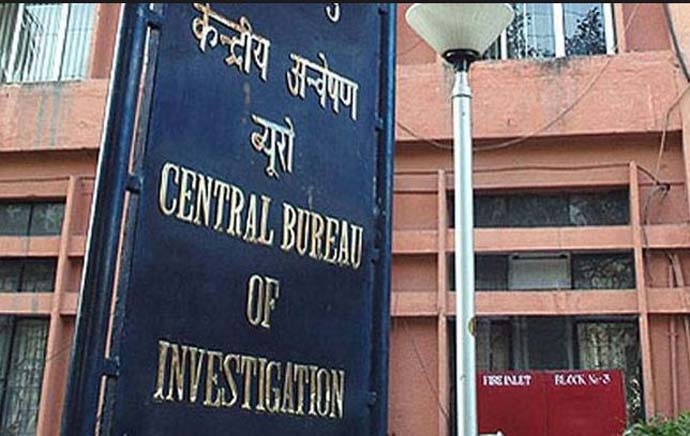 No, our policemen are not non-political. (Photo: India Today)

So he wants to hush it all up and bury it under a carpet.

On the other hand, B, scenting a change in the political wind, feels that this political party may lose the coming elections.

In that event, he feels he would be victimised by the new political masters who come to power (maybe a coalition government) and which might think that he had deliberately let the friends of the other political party off the hook. So he wants a deep probe into the alleged corruption cases., which may result in bringing out many skeletons out of the cupboard.

So, neither A nor B is doodh ka dhula.

Both are calculators, but their calculations are going in different directions in view of their different assessments of which way the political wind is blowing.

Consequently, they have drawn swords against each other and are indulging in a no-holds-barred struggle. All this has nothing to do with any genuine desire to unearth the truth about corruption cases.

It has only to do with the assessment of A and B of what course of action will personally benefit them in view of the coming elections.

As to the truth, most investigators in India have become like Pontius Pilate who said "Quid est veritas?" (What is truth?) Bible: New Testament: John 18: 38

So, my personal opinion is that all the recent happenings in the CBI are directly connected with the coming Lok Sabha elections.

Post your comment
#Rakesh asthana, #Alok verma, #Cbi headquarters, #Lok Sabha elections 2019
The views and opinions expressed in this article are those of the authors and do not necessarily reflect the official policy or position of DailyO.in or the India Today Group. The writers are solely responsible for any claims arising out of the contents of this article.