High time for a CDS: The creation of the post of Chief of Defence Staff (CDS) was realised after the Kargil War

PM Modi has announced the Indian armed forces will be headed by a chief of defence staff (CDS), who will integrate all three forces. This will be a game-changer.

The creation of the post of Chief of Defence Staff (CDS) was among the major recommendations of the GoM headed by Deputy PM LK Advani that analysed the report of the Kargil Review Committee.

The Cabinet Committee on Security (CCS), headed by former Prime Minister Vajpayee, accepted the recommendation of the GoM to appoint a CDS — but held its implementation in abeyance.

It was an incomprehensible omission.

Three reasons are generally cited for the prolonged deferment.

First, political consensus on the establishment of the post of the CDS was lacking. Second, the civilian bureaucracy has never been in favour of the concept of a CDS. And, third, there has been some opposition even within certain sections of the armed forces to the idea. 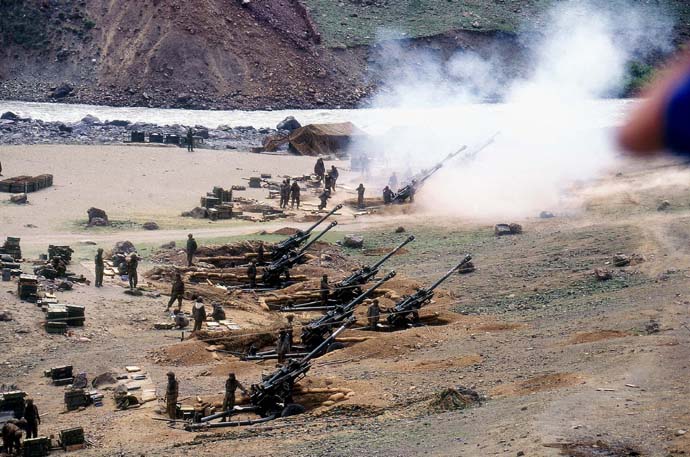 Call for coordination: The need for a chief of defence staff position arose after the Kargil War. (Photo: India Today)

The previous Defence Minister, Manohar Parrikar, had said in 2016 that he would ‘soon’ recommend the creation of the post of Chief of Defence Staff (CDS), which he considered 'a must', to the CCS. He had also said that the Ministry of Defence (MoD) was engaged in working out a mechanism for the post.

It is well known that the operational plans of the armed forces lack synergy.

In 1962, the Indian Air Force (IAF) was not given any role to play during the war with China when it could have made a huge contribution to the war effort — in 1965, the Indian Navy (IN) was not even informed about the plans to launch a three-pronged attack across the international boundary (IB) into Pakistan. 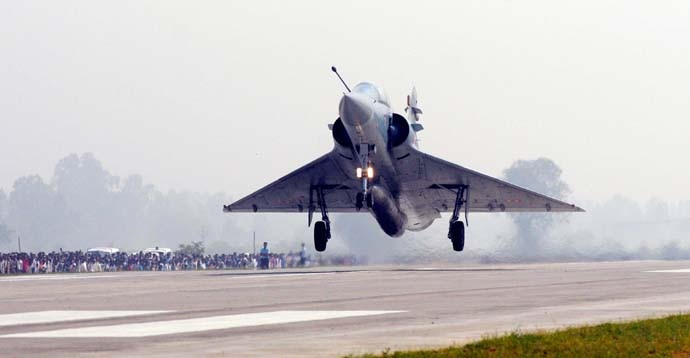 No time for lags: During earlier wars, time gaps between the IAF and army have been noted. (Photo: Getty Images)

The 1971 war was well-cooperated amongst the three armed forces. It is repeated ad nauseum that the 1971 war was a well-coordinated tri-Service effort that led to a grand victory. But the rather limited coordination that was actually achieved during the war with Pakistan in 1971 was mainly due to the personalities of the Chiefs in positions of authority and not due to any institutionalised arrangements.

During the 1971 war, Field Marshal Sam Maneckshaw was able to carry his naval and air force colleagues with him due to the personal rapport that he had with them. Yet, there were several glitches in the planning and conduct of the land and air campaigns and it cannot be stated that India fought a coordinated 'air-land' war.

The Indian intervention in Sri Lanka was undoubtedly a disaster from the joint planning point of view. The Kargil conflict of 1999 is the only real example of a coordinated effort. Even here, there were initial hiccups — and it took the IAF several weeks to begin bombing the Pakistani intruders’ sangars (ad hoc bunkers) on the Indian side of the LoC after the army had made such a request. 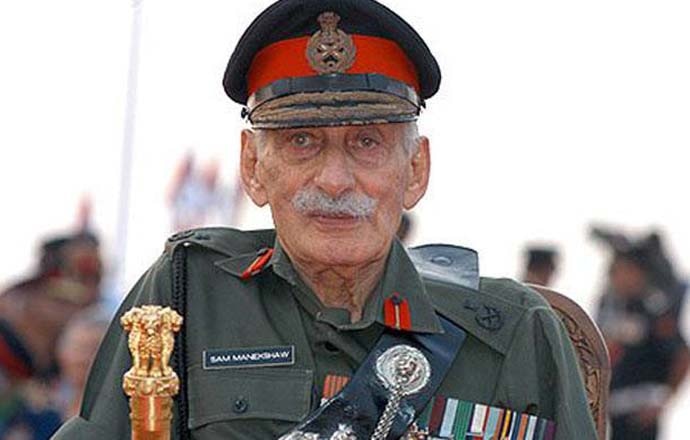 Exceptional: Field Marshal Sam Maneckshaw could get all the forces together because of his persona. (Photo: India Today)

India's prevailing security environment is marked by regional instability with a nuclear overhang. More than ever before, it is now necessary for the national security decision-makers to be given 'single-point military advice' that takes into account the operational strengths and weaknesses and the inter-dependence of each of the armed forces on the other to meet complex emerging challenges in a nuclear environment.

Such advice can come only from a CDS.

While India’s nuclear doctrine and policy are guided by the National Security Council and the CCS, their execution is entrusted to the Services — and here, a joint approach is mandatory. The Strategic Forces Command (SFC), constituted for the planning, coordination and control of India's nuclear weapons, will function directly under the CDS even while functional control over the nuclear warheads and the delivery systems comprising the 'triad' remains with the civilian political leadership.

As and when tri-Service Aerospace and Cyber Command and Special Forces Command are raised to meet emerging challenges in these fields and to better manage all available resources, they will function directly under the CDS. A tri-Service Logistics and Maintenance command has also been long overdue.

On the non-operational side, training institutions such as the National Defence College, the College of Defence Management and the National Defence Academy and organisations like the Armed Forces Medical Services, Canteen Stores Department and a host of others will be placed under the direct command of the CDS for better synergy in their functioning and optimum exploitation of their potential. It's time for a CDS: This will ensure better coordination and tighter ops. (Photo: India Today)

The three Chiefs will oversee the development and acquisition of weapons and equipment for their service, plan recruitment, guide and coordinate training at specialised training establishments and control administrative matters such as the annual budget, pay and allowances, maintenance support and medical services, etc.

All other major democracies have opted for the CDS system.

International experience shows that such reform has to be imposed from the top down and can never work if the government keeps waiting for it to come about from the bottom up.

#Armed Forces, #Narendra Modi, #Red fort, #Cds
The views and opinions expressed in this article are those of the authors and do not necessarily reflect the official policy or position of DailyO.in or the India Today Group. The writers are solely responsible for any claims arising out of the contents of this article.