While it goes after an entire community, incarcerating Uighurs reportedly in concentration camps, China shields a self-confessed terrorist. Why the double standards?

China blocked the designation of Maulana Masood Azhar as a global terrorist for the fourth time at the United Nations.

But Beijing’s stand smacks of blatant double standards on terror.

China has, by some accounts, put over a million Muslims in concentration camps in the Xinjiang province, many times amidst claims of no evidence of their involvement in terror. Yet Beijing blocks action against Azhar — founder and leader of a UN-designated terrorist organisation, the Jaish-e-Muhammed (JeM).

With mounting global criticism of locking up a million Muslims — mainly Uighurs — in the restive far west Xinjiang province, Beijing on Monday brought out a White Paper on what it termed 'The Fight Against Terrorism and Extremism.' China has tried to justify the harsh measures taken against the minority Uighur Muslims of Xinjiang. The White Paper talks of Chinese policy that 'strikes the right balance between compassion and severity.' The White Paper talks of the need to stem the threat posed by religious terror.

There are about 11 million Uighurs in the Xinjiang region, the biggest Chinese province — and a tenth are in concentration camps. 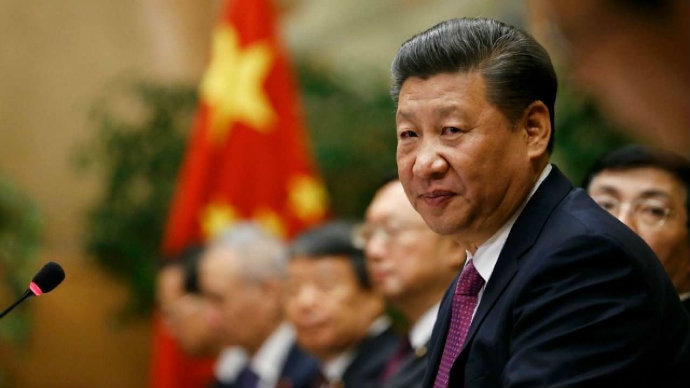 President Xi Jinping must answer the most important question: Why this double standard on terror? (Source: Reuters)

A United Nations Human Rights committee was informed in August 2018 that China had converted the Xinjiang region into a mass jail and was attacking the faith of the Uighur Muslims in the name of de-radicalising them. Rights activists reported that people were forced to learn Chinese Mandarin, swear by the Chinese Communist Party, eat food that is banned in the Muslim religion and swear loyalty to the Chinese President Xi Jinping.

Mihrigul Tursun, a survivor of the Chinese 'concentration camp' at Xinjiang, told a US Congress hearing that she had been arrested and held at these camps several times for months. The first time, as she returned from overseas, her children were taken away from her and she was locked up in a room with 60 other inmates and cameras on every wall. Not all 60 could sleep at the same time — 15 inmates had to stand while 45 slept by rotation.

The conditions in these camps have been described as horrifying — from inmates being stripped and tortured to being forced to repeatedly chant leniency for those who repent (seeking their rights) and punishment for those who resist. 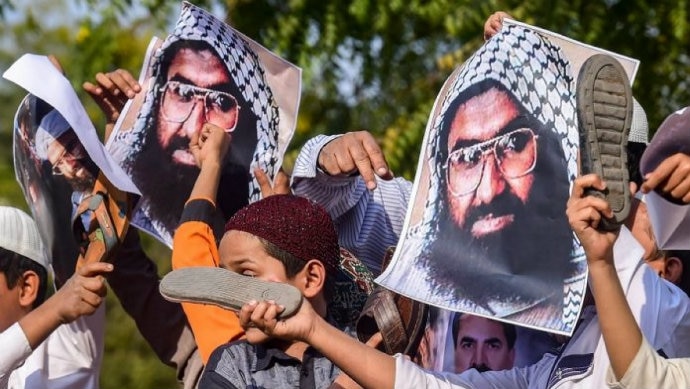 Why is China protecting Masood Azhar — even as it claims to fight terrorism? (Source: PTI)

China claims its fight against terrorism and extremism and its activities towards protection of human rights in Xinjiang resulted in the seizure of 2052 explosive devices; reportedly, 30,645 people had been punished, 4,858 illegal religious activities had been curbed and 3,45,229 copies of religious material had been confiscated.

China claims it is targeting the ring leaders of terrorists.

However, China is preventing the UN from taking effective action against a terrorist who was released when IC 814 was hijacked at Kathmandu and has been responsible for a series of terror attacks in India, including the Parliament attack of December 2001, the Pathankot airbase attack in 2016 — and the Pulwama CRPF convoy attack in 2019. China is coming down hard on Uighur Muslim protests since the Belt and Road Initiative (BRI) passes through the Xinjiang province. China fears the Uighur 'freedom fighters' could target the BRI. China blocking action against Maulana Masood Azhar is also seen in the same light since the China Pakistan Economic Corridor (CPEC) will remain vulnerable to terrorists in Pakistan.

Beijing, through some of its commentators, has hit out at foreign media for questioning action against terror. It has also been claimed that the west is against one China and a strong China.

The question Xi Jinping must answer — why is it then that China blocks sanctions against the 'Maulana of Terror' Masood Azhar, when China itself claims to be fighting terror in its own territory?

#China-Pak Relations, #China backing pak terrorism, #Uighur muslims in xinjiang, #Masood Azhar
The views and opinions expressed in this article are those of the authors and do not necessarily reflect the official policy or position of DailyO.in or the India Today Group. The writers are solely responsible for any claims arising out of the contents of this article.