Why Pakistan has a big China syndrome

In a country that thrives on conspiracy theories, the book most often quoted these days by business executives and CAs pretending to be economists is Confessions of an Economic Hitman by John Perkins. Pakistan’s new finance minister, Asad Umar, never tires of quoting from Perkins book to explain the economic bankruptcy staring Pakistan in the face, and how Pakistan has been deliberately indebted by his corrupt and incompetent predecessors to foreign creditors who will now squeeze it dry to extract not just their money but also political and strategic concessions.

Ironically, even as Umar and others of his ilk keep parroting the Perkins line to paint the West as the evil force that has ensnared Pakistan in debt, they conveniently gloss over the fact that the one country that today represents the textbook model of the Perkins conspiracy theory is Pakistan’s "all-weather friend" — China.

In the second decade of the 21st century, China has steadily replaced the US and other Western countries as Pakistan’s principal patron and partner. China is today Pakistan’s largest trading partner, main weapons supplier, biggest investor, and top most lender. Diplomatically, politically, economically and to an extent even militarily, China is virtually underwriting Pakistan.

Although the Chinese plead a degree of altruism in their treatment of Pakistan, there is a major strategic dimension to the relationship, not the least of which is the utility of Pakistan is keeping India tied down. This serves not just Chinese interests but also Pakistan’s, and is in many ways the glue that binds the two together. 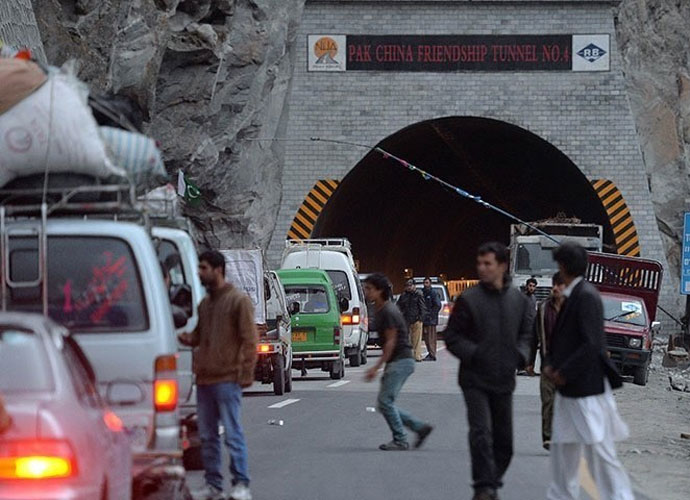 The CPEC increasingly appears to be a trap for Pakistan. (Photo: Reuters)

In recent years, however, the China-Pakistan Economic Corridor (CPEC) has added an economic dimension to the relationship. On the face of it, the Chinese investments in CPEC is a win-win for both countries. But increasingly it is becoming clear that the price tag attached to the CPEC might actually be unaffordable for Pakistan and could bind it into a trap from which it will find it difficult to extricate itself.

Already there are signs of growing disquiet inside Pakistan over the financial implications of CPEC. The Pakistan Senate has been asking tough questions on the revolving fund of 22 billion dollars to ensure timely payments to Chinese power firms that have set up plants under CPEC. A number of other projects have got stalled, some because the Chinese are going slow on account of political uncertainty and others because Pakistanis have run out of funds to finance their side of some road projects.

The new government is also promising to make public the CPEC contracts and not only re-negotiate but also review some of these projects, something that isn’t likely to go down well with the Chinese.

While the Pakistanis are continuing to give a positive spin to the CPEC and projecting it as a game-changer, the brave face they are putting to the mounting current account deficits, rising indebtedness and the ever-widening financing gap isn’t really convincing anyone.

The bottom line is that the sums are not matching and there is something seriously wrong with the Pakistan economy which cannot be fixed by merely pumping more money into the economy in the hope of tiding over the looming payments crisis. Many Pakistanis claim that the current account deficit is the result of machinery imports under the CPEC.

This is projected as being something positive for the economy, the temporary crisis notwithstanding. But the problem is that machinery imports are not the primary driver behind the rising trade deficit.

More intriguingly, while Pakistanis claim that machinery imports are rising, this isn’t being reflected either in a commensurate rise in foreign direct investment or even in overall investment in the economy. With the productive capacities of the Pakistan economy not rising in tandem with the rising debt obligations, servicing the debt (or even providing an attractive return on the investments) will remain a major drag on the Pakistan economy.

The Pakistanis are for now going around with a begging bowl to the Chinese and the Saudis and hoping that an infusion of funds will help them tide over the immediate crisis. But the crisis confronting the economy is not a stock issue that can be addressed with a one shot injection of funds.

This is a structural crisis, one that will persist over the next few years at the very minimum. Unless the Chinese are ready to inject billions of dollars year after year to foot the bill for Pakistanis’ propensity to live beyond their means, the Pakistanis will have no choice but to approach the IMF once again. This will mean a major structural adjustment which will be not only painful but also bring down the debt-fuelled growth rates. With growth rates falling, the premise on which Pakistan was taking loans will collapse, and will in turn push them further into the vice-like grip of China.

The Pakistani playbook is to threaten the rest of the world to bail them out to prevent them from getting ensnared by the Chinese. Some Indian strategists are even suggesting that India reach out to Pakistan and do what it can to prevent Pakistan’s inexorable slide into becoming a virtual client, if not a colony of China. But frankly, this is a specious argument because nothing that India or the US does is going to prevent Pakistan from becoming a Chinese vassal.

More importantly, there is nothing that either India or the US should do to prevent Pakistan from becoming a Chinese colony. This is for two reasons: one, there are bound to be glaring contradictions between China and an Islamic state of Pakistan and these will manifest themselves sooner rather than later if Pakistan gets caught into the debt trap of the Chinese; second, neither India nor US exercise the influence required to change Pakistani behaviour. China might be the only country with the heft to do this.

If as a result of the contradictions between Godless and infidel China and an Islamised Pakistan, the nexus between these two countries starts fraying, it suits India. On the other hand, if for their own interests, China exerts influence to normalise Pakistan and gets it off its Islamist hobby-horse by nudging, pushing and shoving it to clean up its act, it also suits India.

#Imran Khan, #Xi Jinping, #US, #OROB
The views and opinions expressed in this article are those of the authors and do not necessarily reflect the official policy or position of DailyO.in or the India Today Group. The writers are solely responsible for any claims arising out of the contents of this article.