Cricketers aren’t speaking On CAA. They have enough reasons not to

The cricket community today would rather be silent on matters of national importance than make statements they don't fully subscribe to.

Amid CAA and NRC protests and anger over the JNU mob attack, Bollywood seems to be split down the middle. A fair amount of industrywalas have come out and expressed their opinion. The cricket community, in comparison, has maintained a conspicuous silence. A few former cricketers have been exceptions, but these comments by no means can be classified as significant.

Earlier this month, Virat Kohli declined to comment on the CAA or Citizenship (Amendment) Act, citing a lack of "total knowledge" about the new law. The Indian captain’s prudence is understandable, given that his comments on demonetisation - he had described the note ban as ‘the greatest move in the history of Indian politics’- came back to haunt him just as the adverse effects of the government’s radical move became evident over time. Virat Kohli declined to comment on the CAA or Citizenship (Amendment) Act citing a lack of "total knowledge" about the new law. (Photo: Reuters)

One school of thought believes that just because a professional cricketer can understand the movement and bounce off a leather object better than most others, it doesn’t necessarily follow that he understands the workings of a complex democracy such as ours. So why must he speak at all, many ask. Conversely, there may also be those in the cricket community that have an informed opinion about matters of national interest. Shouldn’t they articulate what they feel?

They would much rather not. Here’s why.

Two of the three most powerful positions in the BCCI today are occupied by relatives of ministers in the current government: Jay Shah, Union Home Minister Amit Shah's son, is the general secretary and Arun Dhumal, brother of Anurag Thakur (Minister of State for Finance and Corporate Affairs), is the treasurer. Messers Shah & Dhumal may not be active politicians but their political links do not leave much room for a professional cricketer, who is at the mercy of the board for his subsistence anyway, to express himself freely on matters of national politics. Media reports - whether accurate or speculative – that suggest Amit Shah and Anurag Thakur played crucial roles in the election of the new set of BCCI office-bearers have not really helped the cricket board maintain a politically neutral image in the minds of cricketers.

In such a scenario, it would be preferable that cricketers — whose words can influence millions at a time — kept their views to themselves rather than made statements they don’t necessarily subscribe to.

Take Saina Nehwal’s case. It emerged that her tweet in praise of Prime Minister Narendra Modi’s NRC speech was identical to that of several others on social media — a classical symptom of a political party’s IT cell at work.

Dear Saina Nehwal @NSainaCredit where it is due: You are really the brand ambassador of "One Nation, One Tweet" text.Once bitten twice shy - no #SainaNehwal? Curious to know what it takes to grow spine & play the sport!21-Gun Salute to your unbelievable level of sycophancy! pic.twitter.com/rn9fkIJjJY

Also an example of how sports personalities are susceptible to being used as political tools. 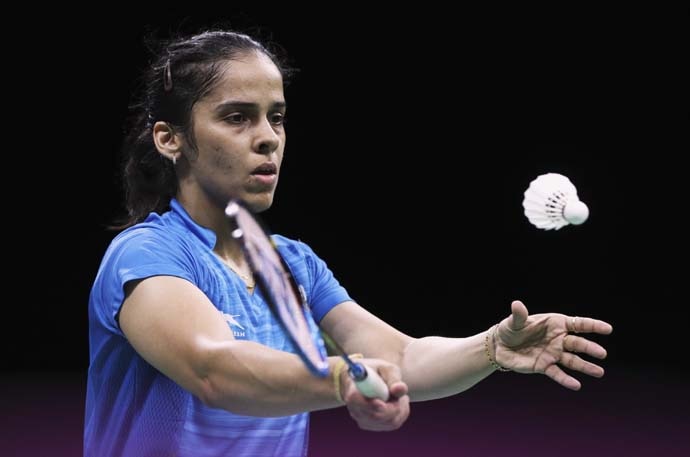 Saina Nehwal’s tweet praising PM Modi’s NRC speech was an example of how sports personalities are susceptible to being used as political tools. (Photo: Reuters)

In the last few months, there have been more than one occasion when a bunch of national sporting icons have tweeted the exact same lines — either praising a government decision or criticising its adversary — all in an effort to create digital trends. That three of the most high profile sports in the country — cricket, badminton and wrestling — have politicians from the ruling dispensation in executive positions, isn’t a healthy sign for a society where sportspersons are also ‘social media influencers’.

That is not to suggest that there can’t be a cricketer whose organic and well-informed opinion is in line with that of a political party; Ravindra Jadeja was very forthcoming about who he was supporting in the 2019 general elections when he tweeted, “I support BJP.”

Under the circumstances, however, when a heavy political shadow looms over the BCCI, all opinions are bound to be seen through a prism of suspicion.

It wasn’t always like this. In 2002, a TV campaign titled ‘Stop The Hatred’ featuring Sachin Tendulkar and various other national icons like Amitabh Bachchan and Aamir Khan appealed citizens to maintain communal harmony in the aftermath of the Gujarat riots. This public service endorsement was aired on the national broadcaster, Doordarshan, when the Atal Bihari Vajpayee-led BJP government was in power at the Centre.

It’s all very well to expect our superstar cricketers to weigh in on matters of national importance. But first, sports need to be freed from any kind of political clout, however remote.

Also read: How Deepika Padukone gave Bollywood a hero to look up to

#Jnuviolence, #Indiancricket, #Viratkohli, #Sainanehwal
The views and opinions expressed in this article are those of the authors and do not necessarily reflect the official policy or position of DailyO.in or the India Today Group. The writers are solely responsible for any claims arising out of the contents of this article.

The writer is a freelance journalist and best selling author of 'Miracle Men: The Greatest Underdog Story in Cricket'.