The decline of Congress happened under a Gandhi family president but the decline wasn’t because of who the president was.

The debate over who should lead the Congress has completely clouded the question over where does the Congress want to be led. The ‘Gandhi family president’ versus ‘non-Gandhi president’ debate has left the party so muddled that Priyanka Gandhi went on to say in a book interview that Rahul Gandhi is her leader and if a non-Gandhi were to take over as the Congress chief, he would be her boss. 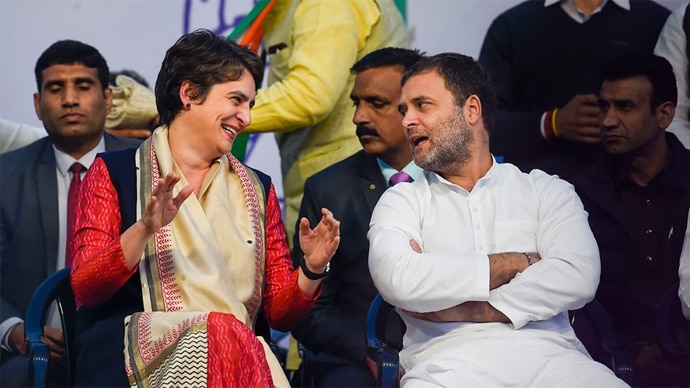 The question is not whether the next Congress chief should be a Gandhi or non-Gandhi. (Photo: ANI)

There is an interim leader too and given that the interim has now stayed in office for over a year and is going to be in there for we do not know how long, the fact that Congress has a leadership vacuum is also up for contestation.

More confusion gets added to the plot when Randeep Surjewala says Priyanka said what she said a year ago. Does she stand by the year-ago statement or does she now want only a Gandhi family president? All these are questions that do not merit deep probe because these are all wrong questions.

The question is not who should be Congress president; the question is what should the new Congress chief - even if the old chief were to take over as the new one - stand for.

The decline of Congress happened under a Gandhi family president but the decline wasn’t because of who the president was. The Congress slipped because India wanted change. The Congress had presented no new idea for a young India. It continued to say ‘garibi hatao’ and since as the party in power it was Congress’s job to hatao garibi, people were flummoxed as to who was the Congress asking to do the job. When Indira Gandhi raised the slogan, the poor broke into applause thinking she was asking her party men to do the job but rally after rally, Congress leaders kept telling the poor garibi hatao. And then in a tectonic shift, Rahul Gandhi declared garibi is a state of mind. Fixing, changing or altering that is your job. You can always ask the shrink for help.

The Sangh Parivar tapped into this hunger for change by turning it into a corruption fatigue and the Congress went into a free fall. The anti-corruption movement led by Anna Hazare that gained momentum during UPA 2 had the grassroot support of the Sangh. This created room for BJP to put forth its idea of India which hinges on tracing India’s roots and establishment of Ram Rajya. Narendra Modi, who once had to be reminded of Raja’s kartavya (ruler’s duty) by Atal Bihari Vajpayee, was projected as the man who would steer India towards the promised Ram Rajya. 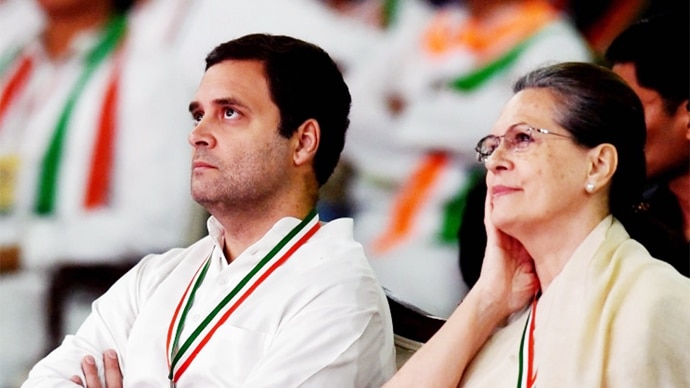 The quest for true Indianness has been lapped up by people at a time when countries are looking inwards with chinks in Project Globalisation coming to the fore.

The naamdaar versus kaamdaar debate has shaken existing power structures from politics to film industry and from pedestrians to posh Khan Market visitors. In the face of a new discourse, Congress lost its grip over what it stood for. Temple runs tried to take over BJP in competitive Hindutva. Congress’s core voters felt ditched.

On August 5, 2020, when the Ram Mandir bhoomipujan was happening, Congress tried to claim a share of Ram by saying Ram sabke hain. What about those who believe in Rahim? The Congress is scared of speaking for them for the fear of losing a vote bank that is not even Congress’s to claim.

BJP victory numbers tell a formidable story. In 2019, in 11 states and two Union Territories, the BJP got over 50 per cent of the votes. But the hope for Congress lies in the same numbers. The BJP got 37 per cent of the total votes polled all over India. In 2014, that percentage stood at about 31.

Over 60 per cent of the votes are up for grabs. And then there are those reluctant voters who do not turn out to vote.

Now, what should the Congress tell them to ensure they vote for it? So far the Congress has told people it stands to oppose the BJP.

Congress stands in opposition to the BJP, so does the Communist Party of India, so does All India Majlis-e-Ittehadul Muslimeen, so does the Aam Aadmi Party, so does the Shiv Sena and so does BJP’s Bihar ally Lok Janshakti Party on some days. Not to forget social media warriors who have done a better job at creating chinks in Narendra Modi’s strongman image by memefying the man and his party colleagues than all of Rahul Gandhi’s tweets against Modi and RSS combined.

Post Independence, some leaders including Mahatma Gandhi said, the Congress should be dissolved, having achieved its aim of gaining independence. What should be Congress’s role over 70 years after independence in the times of Narendra Modi?

The party has to get back to reinstating the principles it stood for because it razed to ground all principles it stood for. It betrayed secularism by falling for the quick gains of appeasement politics. The party’s stand on Shah Bano and role in 1984 riots continue to haunt it because that is when Congress compromised on its core.

If it stands for secularism, it needs to stop claiming to be led by a janeudhari and walk straight into the trap laid by the BJP.

BJP’s bid to retrace Indianness has also seen BJP leaders root for papads and herbal clothes as corona kavach. It has also led Indian Science Congress to debate how the 100 Kauravs were a product of stem cell and test tube technology and that Lord Brahma discovered dinosaurs.

Those with grey matter in Congress need to challenge this trend of dragging India down in the name of cultural revivalism. If nationalism is the idea of the day, Congress needs to spell out its idea of nationalism.

Are there takers for this in current India? In India we are so many that there is never a dearth of people. You only have to bide your time. When the BJP was formed in 1980, it was derided for being a communal force. The party was treated as a pariah for long. In 1984, four years after coming into existence, it landed just two seats. It wasn’t before 1996 that a BJP government was formed. The 1996 government was a coalition that survived because of Vajpayee and not BJP’s ideology.

The ideology got acceptance in 2014. It has gone from strength to strength since then but did Hindutva supporters not exist before 2014? Of course, they did. It was a game of patience to win them over. BJP played well.

For now the Congress is into a game where the rules are being set by the BJP. In the face of Twitter and Facebook trolling, the Congress has looked shaky and one that can get easily embarrassed. By changing stance, it has also looked stupid.

On both platforms, the Congress has nothing new to tell the people. Or probably it is just scared there is no acceptance for what it tells. In order to convince others, the party first needs to convince itself about the story it wants to narrate.

They can then choose the narrator.

#Priyanka Gandhi, #Rahul Gandhi, #Congress president, #Congress
The views and opinions expressed in this article are those of the authors and do not necessarily reflect the official policy or position of DailyO.in or the India Today Group. The writers are solely responsible for any claims arising out of the contents of this article.