Rahul inherited a much tougher landscape than other Congress Presidents. With the Congress winning now, he's proved his leadership. But tougher challenges lie ahead.

He has got more than his share of brickbats, has been written off as a loser, lampooned by his rivals as a 'Pappu'. But, suddenly, it all changed on Tuesday night as he led the Congress to victory in the three crucial Hindi heartland states. 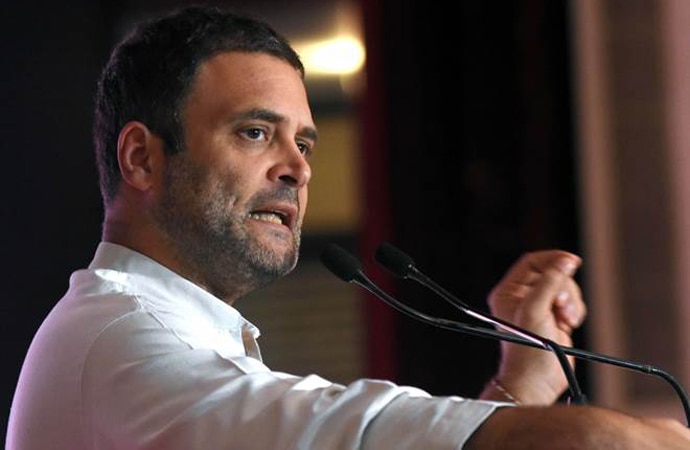 No, 'Pappu' no more — Rahul Gandhi has helped Congress achieve a victory in the crucial 2018 Assembly polls. (Photo: PTI)

In one fell stroke, Rahul Gandhi silenced his detractors, breathed fresh life into his moribund party and proved that the mighty Modi-Shah duo could be defeated — and made the 2019 elections a level playing field.

It was the Congress party’s first win against the BJP in a straight contest since the 2014 general elections. It also put to an end to the BJP's triumphant run across the country. Suddenly, the atmospherics or 'mahaul'  has changed. Before December 11, the 2019 general elections appeared to be a shoe-in for Modi. That is no longer the case. Not Invincible: It has been proven now — the Modi-Shah duo can be defeated. (Photo: PTI)

In leading the Congress to victory in the three states, not only has Rahul Gandhi busted the myth of invincibility that had come to surround the Modi-Shah duo, but in doing so, he has brought the Opposition back into the reckoning ahead of next year's elections.

Rahul Gandhi deserves credit for making his party rediscover the art of winning elections — and also for his willingness to make the tough calls, for taking risks, and for backing the state leaders. Of all his predecessors, he has taken over as the Congress president at the most unenviable time. His party was not just down in the dumps, but was facing an existential threat. The organisation was in shambles, there was no state leadership worth the name. He made his share of mistakes along the way. But there is no denying that he has begun to put the building blocks in place to rebuild his party. He is a lot more comfortable working with the older generation of Congressmen and women than he was earlier — Ahmed Patel, Ashok Gehlot, Kamalnath play key roles in the organisation — just as he has backed and empowered the younger generation of Congress leaders like Sachin Pilot and Jyotiraditya Scindia. He has shown a willingness to make tough calls. Some have paid off, others haven’t. In Chhattisgarh, for instance, he allowed Ajit Jogi to leave and entrusted his faith in a new crop of leaders like Bhupesh Baghel, Tamradhwaja Sahu and TS Singh Deo to rebuild, a move that has paid him handsome dividends.

In the aftermath of the 2014 humiliation, he despatched Sachin Pilot to Rajasthan, allowing him to inject a new energy and drive into the demoralised state unit. He took an audacious gamble in tying up with the TDP in Telangana, one that didn’t come off for now, but he intends to stay the course.

In his early days, he was distinctly uncomfortable dealing with people not in his age group, had some utopian ideas of revitalising his party, and found it difficult to build cross-party linkages. A lot of that has begun to change.

He does not carry too much baggage of the past, is willing to not just do business, but trust and forge partnerships with the likes of Sharad Pawar and Chandrababu Naidu who have had a history with the Congress. 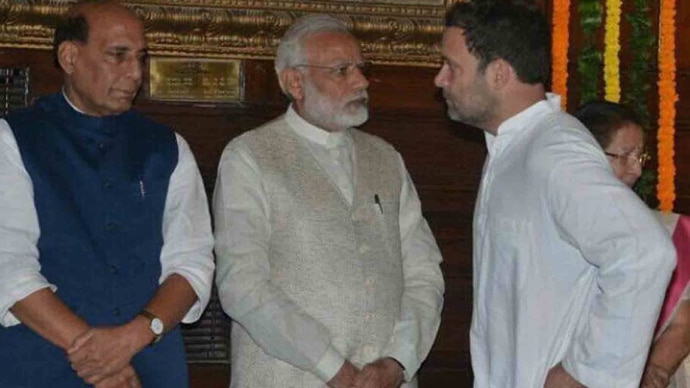 Rahul Gandhi has made his share of mistakes, and could possibly make a few more in the future, but many believe that one of his major contributions so far has been to remove the fear of Modi and to demonstrate that the Amit Shah school of election management can be beaten.

In their hour of triumph, Rahul Gandhi and his party need to guard against complacency. They must not succumb to the belief that they have achieved it all. After all, larger and tougher battles lie ahead.

Bringing the likes of Mayawati, Akhilesh and Mamata Banerjee on board will prove to be tougher than it looks. But these are challenges that he will have to face.

For now, however, he deserves all the credit that is coming his way.

#Lok Sabha 2019, #Congress, #Amit Shah, #Narendra Modi
The views and opinions expressed in this article are those of the authors and do not necessarily reflect the official policy or position of DailyO.in or the India Today Group. The writers are solely responsible for any claims arising out of the contents of this article.