Management of the next phase of Covid-19 is going to be as much of an economic and administrative challenge as a medical one.

It never rains but it pours, we were taught. But, no one told us that Covid-19 will be followed by a cyclone. Our armed forces could halt the Chinese PLA along the LAC, but even the lockdown could not prevent the locust army from crossing the borders. In short, the past two months have seen a series of exigencies besetting the nation. Add to that some self-made ones like the migrant workers’ plight, and we have a veritable feast of crises.

India has navigated through many emergencies and tense situations in the past. But such a confluence of contingencies has not been seen in recent memory. There is a further distinguishing element of the current circumstances. While there is no doubt that as a country we stand as one, to the external world we do not seem to be speaking in the same voice. This is a disconcerting development.

I was born in 1962 and was a toddler in 1965. So, I have absolutely no recollection of the Sino-Indian War of 1962, and only faint memories of the Indo-Pak conflict of 1965. I learnt more about the latter from the captured Patton tanks and other war trophies that were put out on public display later. But the events of 1971 were vividly etched in my pre-adolescent consciousness — the famous Dhaka Ramna Maidan speech of Sheikh Mujibur Rahman calling for the Bangladesh Liberation War, hoisting of the independent Bangladesh flag by its government in exile operating out of Kolkata, purchasing the first-day covers with Bangladesh stamps from the makeshift consulate in Circus Avenue in Kolkata, the influx of refugees that one read about in the newspapers, Isuzu trucks that rolled in as international aid. What still resonates in the mind was the spirit of nationalism that was ratcheted up through the media. Those were days before television, when radio was all-important. We would wait for Sambad Parikrama (news round-up before the 10 pm news) read in the sonorous voice of Debdulal Bandyopadhyay. It was the Bengali equivalent of Melville de Mellow’s Spotlight that followed AIR-Delhi’s 9 pm news. Bandyopadhyay was conferred the Padma Shri after the war.

Tempo built over nine months; the crescendo was reached in December. The 13-day war that followed was like the last day of a pre-decided cricket Test match. We were watching the Uttam Kumar starrer, Chaddabeshi, the original Bengali version of Chupke Chupke, when the fall of Dhaka was announced, and we could hear the burst of crackers outside. By the time we came out of the movie hall, the blackout was lifted with roads, shops and houses lit up.

In the ensuing two decades, India may not have been involved in a military conflict, but it did go through several natural calamities – floods, cyclones, droughts, economic challenges and insurgencies like the Khalistan movement and separatists in Kashmir. However, on all such occasions, barring minor off-line criticism, the country stood firmly behind the government of the day and opposition closing ranks with the ruling party.

It may be argued that in those times, Congress’ writ ran largely through the country barring small pockets like West Bengal and sometimes Kerala and Assam, except for the short period of Janata Party rule in the seventies. But, even in 1991, when India plunged into its deepest economic crisis, left with three weeks of forex reserves, the beleaguered Chandrasekhar government may have been short of numbers in Parliament but did not lack the mandate to do whatever it takes to bail out the country, including pledging RBI’s gold reserves. There were no snide “I told you so” comments from former Finance Ministers or “we could have done it better” remarks from the Opposition. Everyone was in it together. 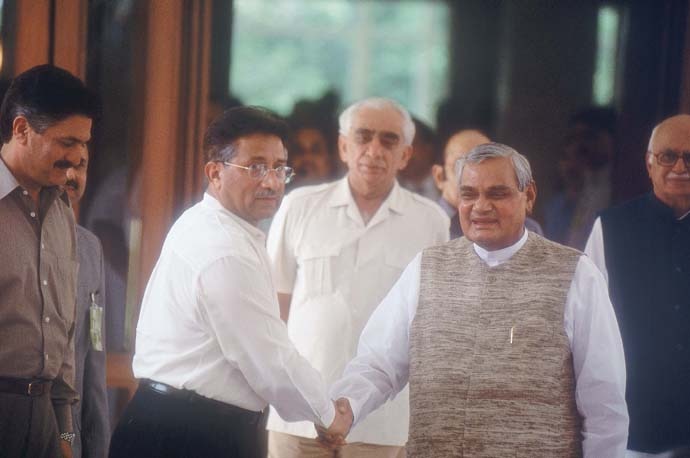 The Vajpayee–Musharraf Agra Summit was an obvious flop show. Still, there was no public derision. (Photo: India Today archives)

The next watershed was Kargil. It was clear that the Vajpayee government had been taken off-guard by Musharraf. Once again, there was no blame game when the war was on, or for that matter, even after it was over. The Vajpayee–Musharraf Agra Summit was an obvious flop show. Still, there was no public derision like the one after Modi’s Lahore stopover, for example.

But, we live in a different world now. Much more vociferous, intolerant, polarised and unforgiving. Part of it may be attributed to social media and a lot to the rise of right-wing nationalist leaders in many countries. In India, of course, we can pin it all on Narendra Modi. It is said that Modi is autocratic in his decision making. During a recent webinar, an eminent political analyst went to the extent of saying that India’s federal structure is at stake because Modi follows a “top-down” approach with states and does not carry the Chief Ministers along. This has led to a trust deficit in the political system that can make a potent concoction if mixed with the high fiscal deficit in the economy.

Such an adversarial relationship was understandable in Narendra Modi’s first term, when he was seen as an outsider who had gate-crashed into the Lutyens’ party scene. But, one would have expected a thaw in the relationship after the resounding victory of 2019 that brought him back to power. However, far from subsiding, the Opposition has turned shriller. Congress leadership is trying to make up for its low seat share in the Parliament with a higher share of voice – thanks to a little support from sections of the media. The old “eco-system”, as it is popularly called, comprising Left-leaning public intellectuals, journalists, retired bureaucrats, have regained vigour sensing Modi’s discomfiture in facing what is, probably, one of the most trying times of his political career.

However, this intellectual political activism has remained largely confined to the opinion columns in local and international media, primetime television debates, WhatsApp forwards and social-media chatter for most issues, including tensions on the nebulous Sino-Indian border. But, where the altered dynamics are visibly taking a toll is our collective response to Covid-19, specifically the management of the lockdown. The non-BJP states are not obliged to toe the line of the Centre and have their own agenda to follow. This is blatantly conspicuous in two states — Maharashtra and West Bengal. (Photo: PTI and Reuters)

A major contrast in the political equations between 2014 and 2019 is that while Modi has returned with greater numbers in Lok Sabha and BJP’s strength in the Rajya Sabha has also increased, it has fewer states under its direct control. The non-BJP states, therefore, are not obliged to toe the line of the Centre and have their own agenda to follow. This is blatantly conspicuous in two states — West Bengal and Maharashtra.

Modi in his trademark style – a strategy he has used with unfailing success in elections – went over the heads of the Chief Ministers and rallied the entire population in India’s fight against Covid-19. Thus, he managed to achieve the seemingly impossible task of implementing a total lockdown across the country with the willing participation of every section of the society. At the administrative level, by invoking the Disaster Management Act of 2005, he ensured that the writ of the Union Government ran throughout the country in enforcing the lockdown. The Union Cabinet Secretariat and Ministry of Home Affairs became the driving forces of the lockdown under the supervision of the Prime Minister’s Office.

They say the chain is as strong as its weakest link. Similarly, in the implementation of public policy, the last-mile implementation is the key. Without total alignment of the state governments, a massive operation like that of Covid-19 is not possible. The fiasco over the migrant workers’ movement showed that the states were not in tandem with the Centre, leaving the hapless and helpless in nowhere-land.

Now, as the country moves – as it must – towards the next frontier of the Covid-19 war and lifting of the lockdown, coordination between the Centre and the states becomes all the more critical. If all the Chief Ministers are not on the same page, then the gains of two months of sacrifice the nation has put in will go to waste. That is something India cannot afford, and the Prime Minister knows it. 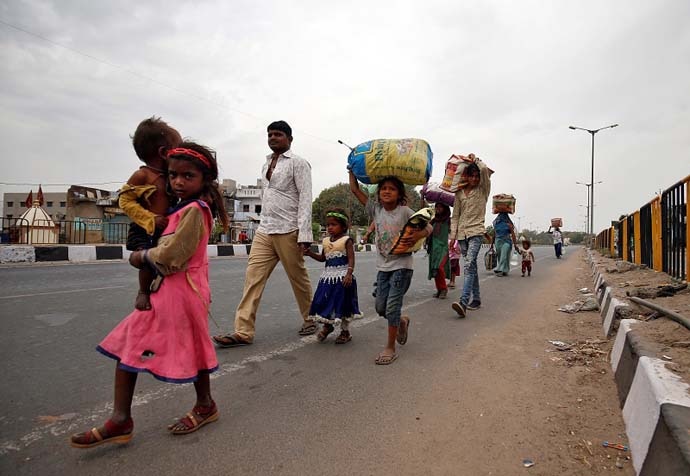 The fiasco over the migrant workers’ movement showed that the states were not in tandem with the Centre, leaving the hapless and helpless in nowhere-land. (Photo: Reuters)

Management of the next phase of Covid-19 is going to be as much of an economic and administrative challenge, as a medical one. This cannot be left to technocrats and bureaucrats alone. It is a war PM Modi has to lead from the front till the finish along with all the battles he is fighting on many other fronts. Narendra Modi is one leader who has got the will and stamina to do it and lead India to victory. It will set an example for the rest of the world and the real assertion of India’s place in the new world order.

Also read: Why Aatmanirbhar Bharat is not about Swadeshi vs Videshi

#Narendra Modi, #Kargil, #Sino-indian war, #Covid19
The views and opinions expressed in this article are those of the authors and do not necessarily reflect the official policy or position of DailyO.in or the India Today Group. The writers are solely responsible for any claims arising out of the contents of this article.