The political economy of coronavirus

Post the pandemic, changing the way global supply chains function and shifting manufacturing and production out of China is how new opportunities emerge for India.

Within a few weeks, maybe a few months, the worst ravages of Covid-19 will be over. But in its wake, it will lead to tectonic changes in the global order. The world will never be the same again. If we thought 9/11 was the day that the world changed (and it did change in many ways), wait and see what happens after the world gets over the hump of Coronavirus. Of course, there won’t be any Big Bang change. What is more likely is a series of steps that states will take, some individually and others in conjunction with likeminded states, that will have farreaching and perhaps everlasting consequences on how the international economic, security, strategic and political systems function.

Like every other country, India too will have to face monumental challenges both domestically as well as internationally. At the same time, the pandemic will also create new opportunities for India. But to grab these opportunities India will first have to get over the devastating disruptions caused by the countrywide lockdown. Putting things back on the rails will be a lot more complicated than just flipping the switch back to the on mode. Shutting down the extremely complex and interdependent economic supply chains is a lot simpler than restarting them. Therefore, if we are lucky, it will still take at least a couple of weeks for the economic machine to start rolling again. 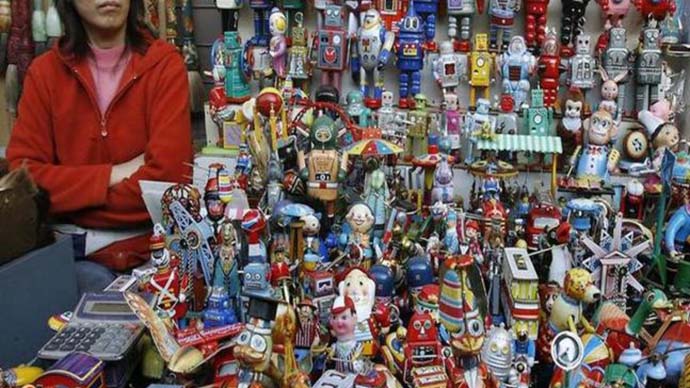 Country after country had outsourced its manufacturing capabilities to China and are today vulnerable to Chinese arm-twisting at a time when they are desperate. (Representative image: Reuters)

The economy will take a huge hit. Growth will plummet. If India manages a 3-4 per cent growth in this fiscal, it will have done well for itself, more so when compared to projections of negative growth in most other major economies around the world. Even so, a 3-4 per cent growth – it could be even lower – means that poverty and unemployment will increase. A fiscal and monetary impetus can help mitigate some of the problems, and perhaps kickstart an economy that has come to a grinding halt. But whether this will be enough to get over the uncertainty that will continue to dog both domestic businesses and international markets remains to be seen. And then there are the macro-economic problems that are associated with a loose fiscal and monetary policy, which include among other things the pressure on the rupee, inflation, and government finances which are also going to be seriously hit because of tax collections are likely to fall since businesses won’t be making much money.

For India, which gets around 40 per cent of its GDP from foreign trade, the China Virus will in the short run at least prove to be utterly devastating. Apart from oil prices which have collapsed, there is no other good news. Exports are going to fall. The services trade is also expected to take a huge hit. Disruptions in imports of critical raw materials, and probably a rise in their price, will impact the domestic industry.

Add all this up and the economic pain will almost certainly have a political impact and could prove deeply destabilising if not managed properly. What is worse, all of this is assuming that India successfully manages to contain the spread of Coronavirus. In other words, the enormous economic, political, social and human cost that India will bear on account of the lockdown will be worth absolutely nothing if after all this India still sees an explosion of the virus in the community.

But there is also light at the end of the tunnel into which Covid-19 has thrust us. China’s negligence in handling this crisis is a story that is still to unfold, as are its global repercussions. China understands this and that’s why it is going out of the way in presenting itself as a saviour for nations reeling from the rampage of Coronavirus virus.

However, China pulling out all stops to put the best foot forward with emergency assistance (apparently most masks it has been despatching are substandard) and financial help to smaller countries is not going to mean it gets a free pass.

Most developed countries also are now waking up to the colossal threat that China poses to the international order especially given its control over the global supply chains. Country after country had outsourced its manufacturing capabilities to China and are today vulnerable to Chinese arm-twisting at a time when they are desperate. There is no way that most of the developed world will allow this state of affairs to continue because to do so would tantamount to mortgaging themselves and becoming clients of China. But to change this state of affairs will mean even more dislocation and disruption because it means changing the way global supply chains will function, diversifying sources of supply, shifting manufacturing and production out of China.

This is where new opportunities emerge for India. Having missed the chance for capitalising on the trade war between the US and China (mostly because of absolutely senseless policies which make doing business extremely difficult) India now has a chance to make a pitch for becoming the factory of the world. The question is whether we can rise up to this challenge or we will continue to befool ourselves with failed socialistic policies, needless hubris, and arrogance of ignorance about how modern economy is to be run.

Also read: How the outbreak of coronavirus will hit the global business hard