Indo-Tibetan ties have never been as strong as they are today. A principled and strategic intervention in the succession issue is a challenge and opportunity not to be missed.

Though he is in good health, his energy levels are not what they used to be. Both his travel and engagements have, therefore, been curtailed at a time when we need greater clarity about his successor.

Indeed, the question – Who will be the 15th Dalai Lama has been making the rounds for decades and seems to have resurfaced with renewed vigour.

What the Lama wants

In a recent interview with BBC on June 27, the Dalai Lama repeated his own theory from 2015 that the successor could be a woman.

Adding fuel to the speculative fire, his remark that she should be ‘very attractive, otherwise not much use,’ were also criticised. Feminist activists and social media warriors were quick to label His Holiness as sexist and misogynist; the banter behind the remark was erased and forgotten. His Holiness Dalai Lama's comments on his successor were panned by feminists. (Photo: IANS)

Also lost in translation was the idea that the person occupying the office had to have global charisma and appeal also implied in the word ‘attractive.’ The negative publicity around the succession issue has only served to bring it to the fore once again. Today, with S Jaishankar as Minister for External Affairs, and Vijay Keshav Gokhale as Foreign Secretary, India undoubtedly has very distinguished and knowledgeable China experts at the helm of affairs. But what is our Dalai Lama policy in contradistinction to our China policy? The Dalai Lama is arguably one of our strongest diplomatic assets against China, yet on the crucial issue of his succession, our approach is unclear.

To begin with, it would be a grave mistake to believe that the Dalai Lama’s succession is none of our concern, being purely a spiritual matter, internal to the Tibetan community or to the present Dalai Lama. We can be reasonably sure that no one who matters in India’s diplomatic establishment holds such views. But there is some ambiguity about whether India’s interests should be solely in line with those of the Dalai Lama himself or of the Tibetan nation, whether within China or scattered across the world.

China’s own position is unambiguous on the issue of succession. It wants to assert its right not only to decide who the next Dalai Lama will be, but also to play a crucial role in his or her discovery.

Without going into the technical or theological issues that govern the process, we need to understand that the present Dalai Lama’s authority in this matter is supreme.

He may choose to reincarnate, which will postpone matters, declare that he has already reincarnated, which would save some time, or even consider a grown-up person as his successor by declaring the latter as his emanation rather than reincarnation. In any of these possible scenarios, such a person cannot be a Chinese appointee; else the cause of Tibet would be more or less finished.

But assuming that the Dalai Lama prevents the eventuality of a Chinese puppet by ensuring that his successor is of his own choosing, the question still remains whether such a person should be discovered in China, India, or elsewhere. If the successor emerges in China, he or she may lead the struggle from within China. His Holiness himself has often expressed the wish to return to Tibet even if the Chinese authorities haven’t obliged. If the successor is from India, then the present situation of continuing the Tibetan Government in Exile from Indian soil will be extended. 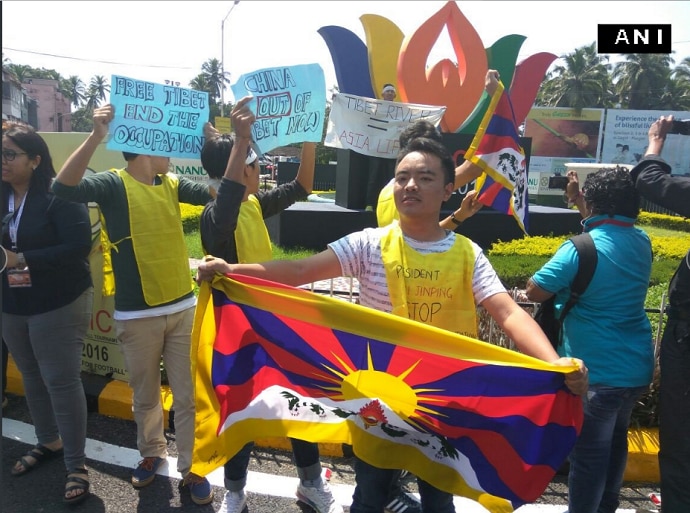 His Holiness Dalai Lama's successor can determine the fate of the Tibetan freedom movement. (Photo: Twitter/ANI)

This will gain us some leverage over China but also the ‘Big Brother’s’ continuous bullying. If the successor is from neither India nor China, then this may serve as a fillip to the further internationalising of the cause of Tibet.

However, given China’s might and determination as to the de-facto numero uno power in the world, how much purchase will such a Dalai Lama command is uncertain. As far as the gender of the successor is concerned, a lady Dalai Lama — or, as American comedienne Mamrie Hart already christened her, Dolly Lama — would certainly be desirable.

She could accord the position of both gender and diplomatic advantages. But, once again, the several possibilities, if not imponderables, remain.

China is way ahead of us in propaganda warfare. What, in comparison, are India’s options? Simply to leave it to the Dalai Lama? He has shown astute awareness of global geopolitics. But wouldn’t it be tactically better to work out a plan, behind the scenes, that would not only preserve the religious and spirituality sanctity of the office of the Dalai Lama, but also India’s long-term interests?

The Dalai Lama commands enormous respect inside Tibet, and in several parts of India including Ladakh, Himachal Pradesh, and Arunachal Pradesh, as also in Nepal, Sikkim, Bhutan, Mongolia, not to mention large swathes of the Western world.

Indo-Tibetan ties, reaching back to ancient times, have never been as strong as they are today. We must do our best to ensure that they are not diluted or whittled away. A principled and strategic intervention in the succession issue is a challenge and opportunity not to be missed.