Why Kairana is not listening to BJP this time around

In the scorching sugar bowl of dusty western Uttar Pradesh, where the smell of jaggery and sugar cane juice pervades the air, the political temperatures are rising. The people of laid-back Kairana are in the process of deciding which party they want to govern them.

However, there is no doubt that the three faces of Hindutva must have been a worried lot on Sunday night (May 27). For Prime Minister Narendra Modi, BJP president Amit Shah, and UP chief minister Yogi Adityanath, alias Ajay Kumar Bisht, things may not be favourable this time. Modi inaugurated a 9km expressway on Sunday, only to land in Baghpat. For a master electoral demagogue, who has hitherto stayed away from by-polls, this was a meaningful departure and a significant signal. He wanted to influence things in Kairana. But this columnist found out during reporting in western UP that things are not going Modi's way in Kairana.

However, journalists can't make prophecies given the complex nature of the Indian electorate. What is, however, clear is that Kairana is not listening to the BJP. The prevailing sentiment reeks of angst, acrimony and anger.

Predictably, Yogi operated like a commissar. He gave a rousing communal speech in a bid to polarise voters. While he raked up the Muzzaffarnagar riots yet again talking about the persecution of the Hindu community, he did not once mention the gang-rapes of Muslim women or the issue of 60,000 displaced Muslims in the wake of the 2014 Muzaffarnagar riots.

Meanwhile, why the Election Commission refuses to take note of such brazen transgressions of the model code of conduct remains unanswered.

The pre-Lok Sabha election riots were socially engineered. The BJP never really had a base in western UP. The riots polarised the entire Hindu community with divisive mahapanchayats being held by upper castes, Dalits and Jats.

Yogi is desperate to win Kairana after the humiliating defeat in Gorakhpur and Phulpur Lok Sabha by-polls. The death of BJP's sitting MP, Hukum Singh, resulted in the Kairana by-polls. His daughter, Mriganka, is in the fray pitted against Tabassum Hasan. Hasan is the united Opposition candidate led by Ajit Singh's Rashtriya Lok Dal, and backed by Bahujan Samaj Party, Samajwadi Party and Congress. She is from BSP, and has been strategically fielded as a RLD candidate. 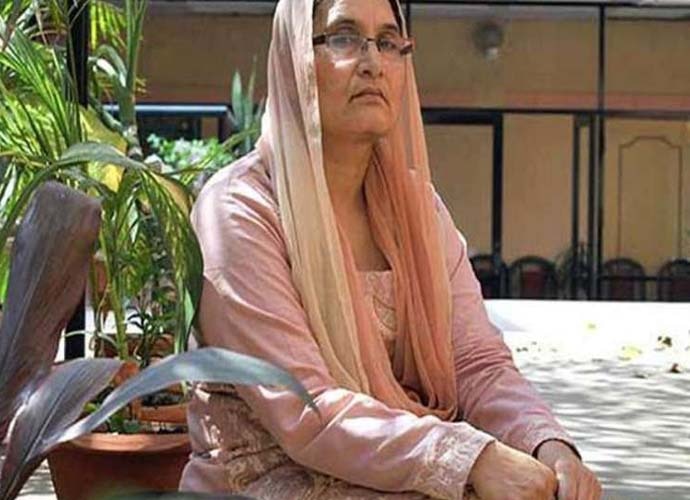 The attempt at communal polarisation doesn't seem to be working for the BJP in Kairana despite Yogi fanning the issue of Mohammad Ali Jinnah's portrait in Aligarh Muslim University.

The truth is that it is not Jinnah but ganna (sugar cane) which is the issue dominating western UP these days.

A farmer died on May 26 while protesting against the power tariff hike and non-payment of dues by the sugar mills. Farmers waiting for days outside sugar mills with tractors loaded with sugar cane is a common sight in this area.

Most big farmers are Jats and are backing the RLD.

Like many of his "jumlas", Modi promised the farmers the world, including loan waiver, and 50 per cent on the common remunerative prices. He betrayed them on all fronts.

The agricultural crisis in rural India has to be seen to be believed. The media cares two hoots, but it is real. And that is why farmers here are asking if the Opposition can come together in Banglore, why not for the suffering farmers of western UP?

The BJP is stuck with the Thakurs, with Yogi as its poster boy, Brahmins, Baniyas (the old Jan Sangh constituency), and sundry other upper castes.

Significantly, the Dalits have totally turned around, unlike post Muzzafarnagar riots.

Even though the BSP campaign is low-key, Mayawati's photos that show her hugging Sonia Gandhi in Bangalore have given people hope as an electoral signal of the party's relevance. With Muslims as ally, and Jats marking a dynamic shift, BJP party is likely to be spoilt.

Add to this the call for Bhim Army leader Chandrashekhar Azad's release from jail in Saharanpur. At Harijan Basti, Azad's mother, told this writer that he was not even allowed to eat the "kheer" she cooked for him after his 10-day fast in jail on BR Ambedkar's birth anniversary on April 14. On another occasion, she was not allowed to carry the roti-sabzi she cooked for Azad. "Even freedom fighters during British time did not suffer such persecution," said his brother Kamal Kishore.

Bhim Army's media coordinator, Sachin Walia (24), was murdered in May in Ramnagar near Saharanpur. He is the brother of the district chief of Bhim Army, Kamal Walia. Hundreds of Dalit youths gathered for his funeral. Many of these young men participated in the Bharat Bandh protests against the dilution of SC/ST Atrocities Act. A lot of them were detained for the protests. There is considerable anger among them.

There is a political shift in the electoral line of the "apolitical" Bhim Army which runs 350 schools for all communities providing free of cost education and focusing on social work.

Azad had earlier asked Dalits follow their individual conscience while voting, however, he has now urged the Dalits to defeat the BJP.

And this could well be the turning point.

Also read: What May 28 by-polls mean for BJP's falling numbers in Lok Sabha