The electoral arithmetic suggests this will be a close contest.

The political landscape of western Uttar Pradesh has changed irreversibly since the riots of 2013. The sense of disillusionment among Jats and the reaped acrimony between the Jats and Muslims had almost pushed one of the dominant political forces of west UP, the Rashtriya Lok Dal (RLD), into oblivion. In 2014, the party lost its core Jat vote bank and drew a blank. UP has since changed. The drubbing of regional forces in the 2017 Assembly elections created a need to bury all differences and come together to reoccupy their political spaces and consolidate their core vote bases. The Kairana by-poll, necessitated after the death of veteran BJP leader Hukum Singh, will see a realignment of all regional forces — Samajwadi Party, Bahujan Samaj Party, RLD — putting up a combined candidate.

The by-poll will be another test of potency for Opposition unity, but at its core is a fundamental question of getting the Jat-Muslim coalition working on the ground. With the candidature of Tabassum Hasan, widow of Munawwar Hassan, another name to reckon with in Kairana politics, and the withdrawal of nomination of Kanwar Hassan, Munawwar's youngest brother, as independent, the Opposition is aiming to forge ties between the two communities.

Jats making a comeback to RLD

The fallout of the riots in 2013 was seen in 2014 elections when the Jats voted en masse for the BJP. But in 2017, the Jats started returning to RLD. In a piece on west UP written earlier, I had documented the Jat anger against the BJP, and the emotional appeal of RLD to Jats around the community's hurt pride.

In his election speeches, Jayant Chaudhary had clamoured, "BJP ki pooch nahi, RLD ki mooch bano" (Instead of being the BJP's tail, be the RLD's pride).

Cut to 2018, the RLD campaign spearheaded by Jayant Chaudhary, is aimed at recapturing the lost vote base. RLD has split campaigning, with Tabassum Hassan in the Muslim dominated areas, and Chaudhary covering the Jat and Gujjar areas.

Another possible catch in this will be the Dalit votes, majorly the Jatavs, and BSP's core vote base. Any coming together of Muslims (5.6 lakh), and Dalits (2.5 lakhs), along with a portion of Jats (1.5 lakh votes) can severely dent BJP's poll prospects, which is relying heavily on sympathy votes of Gujjars (1.5 lakh), Kashyaps (2 lakh), Sainis (1 lakh), and other OBCs.

The electoral arithmetic suggests this will be a close contest. Kanwar Hassan's nomination withdrawal has ensured that splitting of Muslim vote will not happen, giving an upper hand to RLD.

If the Jats choose to back RLD, the way they backed it in 2017 elections, the BJP will have another humble pie to eat. That will also mark the end of RLD's oblivion, and beginning of the young prince Jayant Chaudhary making his mark in Uttar Pradesh politics. More importantly, the demographics of west UP with Muslims, Jats, and Jatavs, will be an advantage for the united Opposition.

The delay in payment to sugarcane farmers has emerged as an important issue in the constituency with three sugar mills. It was a bumper crop in 2017, the total cane purchase rose by almost 50 per cent from 6,443.41 lakh quintals to 10,828.59 lakh quintals. 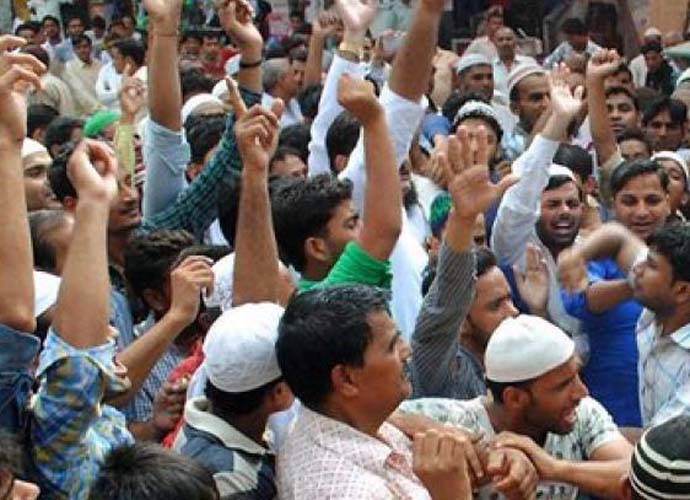 The delay in payments has led to agitations in mandis of the nearby towns, a death of a cane farmer in Baghpat mandi during one such agitation on May 25, has further raised the political temperature in the region.

Even during his campaign rallies, Chaudhary has constantly reminded people of the manifesto promise of BJP in 2017 to pay all dues within a fortnight of getting elected. In his speeches, he clamours "Yeh election Jinnah ka nahi, ganna ka hai" (this election is not about Jinnah, but sugarcane).

According to a Times of India  report, payments worth close to Rs 10,000 crore are pending. In Kairana alone, the arrears owed to farmers by sugar mills are around Rs 700 crore. For now, the RLD has played the sugar card well, to win back loyalty of its core vote base, steer the elections away from the Hindu-Muslim narrative, seek to assert the magic of Jat-Muslim coalition which made it relevant in west UP politics, and put the mantle on the BJP to do some explaining.

No doubt, the BJP seems to be on the back foot. Its candidate Mriganka Singh, daughter of late Hukum Singh, is a political novice, and has a poor record of losing the Assembly elections in 2017 to SP Nasid Hassan by 21,000 votes. Sympathy wave alone may not be enough to ensure a win. And as usual, BJP has pinned its hope on its biggest vote-getter. Narendra Modi's political rally in the neighbouring Baghpat, as he inaugurates the Delhi-Meerut highway, is also seen as a clandestine effort to swing votes in BJP's favour.

Kairana came into prominence after Hukum Singh made a contentious statement on "Hindu Exodus" from the area. With almost 30 per cent Muslim populace, it wasn't difficult to deepen the sharp divide that exists between communities. Several BJP leaders have raked up the exodus issue again, to give this election a communal angle. 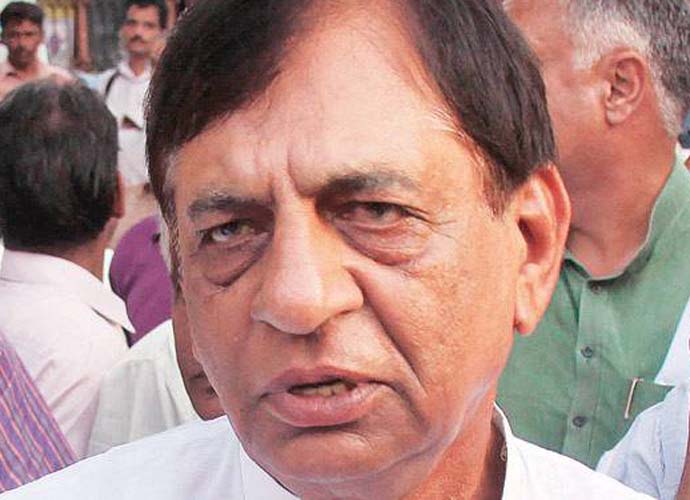 The Yogi Adityanath-led state government has left no stone unturned in campaigning for the by-poll. Yogi was joined by his deputy, Keshav Maurya, who camped in Saharanpur and Shamli, and Dharam Singh Saini, Suresh Rana, Anupama Jaiswal, Surya Pratap Shahi, and Laxmi Narayan, along with MPs elected from the region, in this battle for prestige.

A defeat in Kairana could force several voices from within BJP to question Yogi's position as national star campaigner. This will also dent party's hopes against the united Opposition in 2019.

Travelling across the bustling bazaars of Shamli, a flurry of questions hit you.

On the surface this seems a close fight where loyalty of voter base will weigh way over than general issues. And the same general speculation leaves a lot of political intricacies wrapped in mystery. This election will be an answer to many of these. This by-poll will be a measure of the Bhim Sena activities and the rising Dalit angst against BJP, the ability of Mayawati to unite her voter base without being the general actor, the much needed political reckoning of RLD, and also of BJP to present a united fight.

Whichever direction the wind blows in, this election will mark the political journey the regional players will take on way to 2019. Can they hold their forts, and add on to their bases to put up a challenge before the mighty, designed for electoral wins, BJP army. If the Jats don't decide to side with RLD, what will be its position in the grand alliance shaping up in UP?

This election will answer if different caste forces can be brought under one umbrella to defeat the grand Hindutva ideology. Any chance of defeat here would make the BJP reconsider its poll management in 2019. A divided Opposition had ensured that it could play the "Hindutva" and the "OBC" card well with the different forces combined the strategy would require reconsideration.

Kairana is significant as this will provide a glimpse of what could happen if the BJP faces a "grand alliance" in UP. Many such questions will be answered, and some raised, as we wait for the results.

#Hukum singh, #Yogi Adityanath, #Uttar pradesh 2017 election, #Kairana by-poll
The views and opinions expressed in this article are those of the authors and do not necessarily reflect the official policy or position of DailyO.in or the India Today Group. The writers are solely responsible for any claims arising out of the contents of this article.