From Afghanistan and Australia to Thailand and Uruguay, as many as 62 countries will elect new governments and leaders this year. The world will watch as it decides its own future now.

Voters from across diverse geographies, believers in varied ideologies and belonging to several shades of inequality, will oversee and be impacted by political change. From Afghanistan and Australia to Thailand and Uruguay, these 62 countries will elect new leaders, according to the International Foundation for Electoral Systems.

Howsoever flawed or imperfect some of these democracies, 2019 is the year when the voting population of two-fifths of the world — more than half of it, if we exclude China — will elect new leaders.

This will impact several issues, from foreign affairs and defence deals to domestic coalition complexities and local policymaking.

This will also bring a huge element of uncertainty to the world. The process of democracy will impact 3.28 billion people in the coming year. (Photo: Facebook)

While we will know these answers only next year, the most impactful expressions of these choices will be in India that goes in for general elections in April and the European Union to elect the European Parliament in May. The latter will give more of a sense of direction of what the Western world is thinking rather than executing it.

But both will be the world’s most-watched elections.

Together, they impact 1.85 billion people, whose aspirations will shape the textures of international relations and global economics in 2019.

But aside from these two, there will be several large elections – Thailand and Nigeria, impacting 255 million people, in February; Indonesia and Afghanistan (299 million) in April; the Philippines and South Africa (162 million) in May; Japan (127 million) in July, Canada and Argentina (81 million) in October; Poland and Australia (63 million) in November; Romania (19 million) in December. The European Union will also vote to elect the European Parliament in 2019. (Photo: Reuters)

As political parties fight for their mandates and tweak their manifestos to express their nations' economic direction, expect huge uncertainties in policy stability and, as a result, sharp volatility in global markets. From oil and currencies to debt and stocks, 2019 will provide rich fodder for global speculators.

In other words, these 62 elections in 2019 will impact geopolitical and geoeconomic indicators from all six continents – no sample could be as diverse or as disparate as this.

It will be a political economy laboratory whose outcomes will spill beyond these nations' boundaries. This year will be the year when social scientists from across the world will be able to test their hypotheses on predicting new world orders. 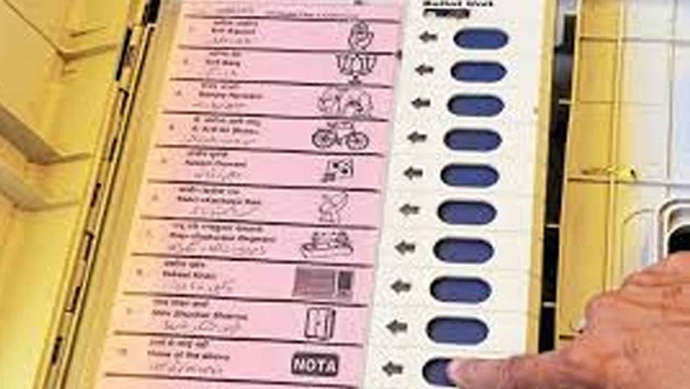 Which buttons will we press? 1.34 billion Indians will be part of the Lok Sabha elections in 2019. (Photo: PTI)

One country at a time, the choices before these 62 nations in 2019 will be layered. Will the world redefine and shift to a truly liberal order, one that has not been hijacked by the elite, but carries within it greater inclusion – economic, social and cultural? Will it change towards becoming more conservative, inward-looking, a me-first or me-only, rather than a global collective meeting global challenges of free and fair trade or climate change together?

Or will it be status-quo?

The answers will trickle in by mid-2019 – and consolidate by the end of the year.

Also read:2019: From TINA (There Is No Alternative) to AOBM (Any One But Modi)

#Uruguay, #European Union, #Elections, #Thailand
The views and opinions expressed in this article are those of the authors and do not necessarily reflect the official policy or position of DailyO.in or the India Today Group. The writers are solely responsible for any claims arising out of the contents of this article.