Doctors' protest in Kolkata: How Mamata Banerjee made sure things go and remain out of control

Issuing an ultimatum to aggrieved doctors, she skirted the core issue of security and indirectly instigated emotions against doctors.

West Bengal Chief Minister Mamata Banerjee has committed grave mistakes — graver than abusing Prime Minister Narendra Modi or referring to Muslims as her 'milch cow' soon after the results of the Lok Sabha Elections were declared.

A 75-year-old patient died in the medicine ward of NRS Medical College and Hospital. Enraged patient party (as they are described in general because incidents of doctors getting beaten up are not rare) thrashed the junior doctors in-charge. Ceasework followed.

What the junior doctors wanted is simple: assurance of safety at their workplace. 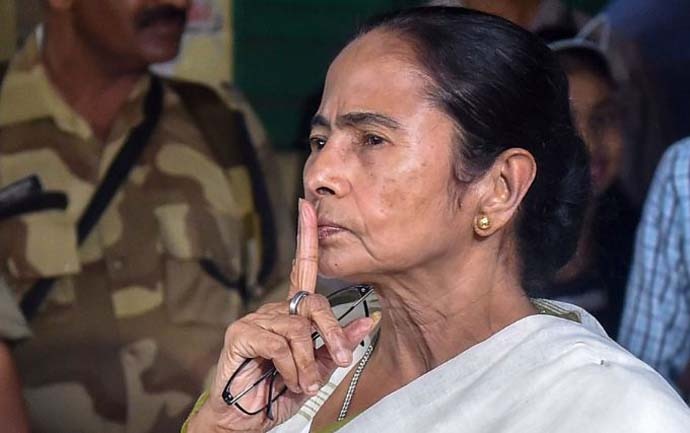 Mamata Banerjee can't afford these mistakes at a vulnerable time like this. (Photo: PTI)

Everything else — like the religious identity of the deceased, the age of the deceased (as if a 75-year-old should be allowed to die) — should not have mattered.

Because those are meant to disrupt the main narrative of doctors' security at work; those are traps that Mamata Banerjee should have steered clear as a seasoned politician (as well as a human being). But she voluntarily walked into the trap; by choosing to be silent for two days. And then when she spoke up, she ensured that she struck all the wrong chords.

She brushed aside the issue of doctors' safety and actually blamed them for refusing patients. She also blamed the CPM and the BJP for playing politics.

Now, it's true that medical service falls under emergency services. You can't push your agenda holding lives as ransom.

But then, this was a tightrope walk for Mamata and she slipped. The doctors were not protesting for pension or fee hike. They were protesting for safety, as important as the lives of the patients.

A moderate approach could have ameliorated the situation. But now the camel's back is broken.

Health service is always dedicated to the patients. I, therefore, appeal to all to restore normal healthcare services to the patients without any further delay. My Facebook post: https://t.co/oOrHMzti8E pic.twitter.com/xeTetT1uN7

But this is inherent in Mamata's politics. It is only becoming evident now.

In 2012, her reaction to Park Street gangrape was shocking. It was a staged incident, she said. Criticisms poured in, but it couldn't affect the honeymoon period of her new government.

Similarly, her all other political solutions came at the cost of something other. Paribaha Mukhopadhyaya, the junior doctor, who was grievously injured on Monday. (Photo: Facebook)

In the hills, too, she appeased all existing tribal groups so that they don't come together demanding separate Gorkha land. She apparently identifies her 'coterie' in various spheres and otherises others — her Muslim appeasement can be seen as an extension of that.

Here too, she has threatened the junior doctors and has appealed to senior doctors to maintain normalcy.

Now, junior doctors have come together and are resigning en masse from government hospitals. Will the healthcare infrastructure of West Bengal be able to withstand this blow?

This is exactly what happens when you play the bad and myopic politics of riling up one group against others.

The results of the Lok Sabha Elections delivered a blow to the Mamata government. This was the time to measure each and every step. But Mamata took all the wrong steps forgetting that the incident is taking place at the heart of Kolkata — her home turf, a city that still believed in her politics; but until today!

Also Read: The Battle for Bengal: Why Mamata Banerjee is Kolkata's only hope against BJP