Why the EC needs institutional safeguards to protect its autonomy

Politicians must realise that the Election Commission's reputation is directly liked to their legitimacy in office.

ECI has come under attack several times in its history but never so severely as in the recent months. Political parties of different hues have made it their favourite whipping boy and the media from all corners it’s favourite punching bag.

Congress has cast serious aspersions on it. Shiv Sena has described the EC as a “mistress of those in power”. The Aam Aadmi Party called it “politically aligned to the ruling party at the Centre”.

It is interesting to go through the controversy through the eyes of the media. ‘When political fortunes are at stake, the fight or spat gets meaner and even dirtier..’ (Nagaland Post).

The EC had flunked its first test when the Gujarat assembly poll schedule seemed to have favoured the ruling party, says The Tribune.

An editorial in The Hindu, however, had this comforting thought, “There is no reason to believe that public confidence in the ECI will be shaken... however tendentious or calumnious the attack may be.” 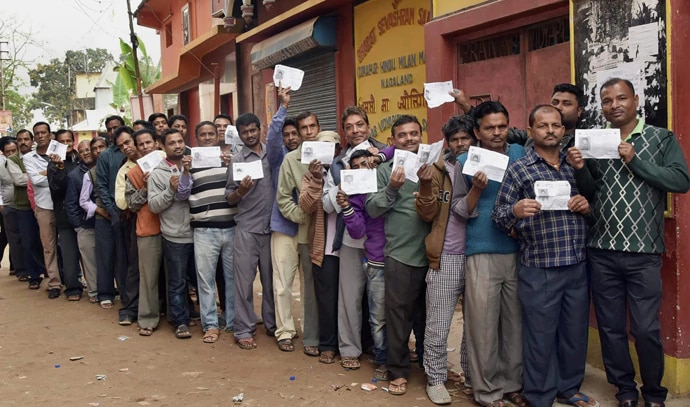 I wish this was true. In this age of social media, the public sentiments can be aroused in a flash. While political opinion can be managed, public distrust would be a hundred times more difficult to change. That’s a frightening thought.

The Election Commission of India is one institution that has managed to maintain its credibility and apolitical image through thick and thin when others were falling prey to political football. The mandate of the ECI itself requires it to adhere to its constitutional duty with fierce autonomy and ferocious vigilance. It has tried to do its best against all odds.

The opposition leaders raised questions on the independence of the Election Commission for abruptly rescheduling the time of the press conference that was meant to announce dates for assembly elections in Madhya Pradesh, Rajasthan, Chhattisgarh, Telangana and Mizoram.

It became nakedly political when they asserted that EC was giving time to the PM and the BJP leader in Rajasthan to announce “political bribes”, as PM was holding a rally in Ajmer around the same time. The CEC rubbished the allegations calling the accusers “political creatures”. Congress has cast serious aspersions on the functioning of the EC. (Photo: PTI)

Earlier on  September 18, Congress leader Kamal Nath had filed a petition in the SC regarding discrepancies in voter rolls. The EC hit back saying that it is a constitutional body and will not function at the whims and fancies of any political party” and termed the petition as “misconceived” and “malafide”.

Justice Sikri observed that the EC had earned for itself credibility that cannot easily be questioned, but the bench also reminded that the credibility the Election Commission gained when it was headed by former CEC TN Seshan should be maintained.

It is conveniently forgotten that in the Gujarat Rajya Sabha polls in August 2017, the EC had resisted the pressure of the ruling party when the ECI cancelled a member ’s vote after he exposed his ticket to the party representative at the polling booth.

But, after the failure of the EC to hold Gujarat and Himachal Pradesh elections simultaneously, there have been repeated attacks on the credibility of the ECI. An editorial published in The Tribune said that no matter what way the schedule was calculated, “the Nirvachan Sadan's institutional prestige and reputation stands somewhat diminished.”

At the root of all these questions on the neutrality of the EC is the way the Commissioners are appointed – unilaterally by the government of the day. The only way to close this debate is appointment through a collegium system. India already has a functioning collegium system for selecting the judges of the High Court and Supreme Court.

Even offices which are not constitutional bodies like the Chief Information Commissioner, or the Chief Vigilance Commissioner, have the collegium system for appointment. To top it all, the Director of CBI who is the head of a government department, is chosen by a collegium.  But the most crucial and powerful constitutional body is left to the sweet will of the government of the day! As a result, the EC is constantly under a scanner. 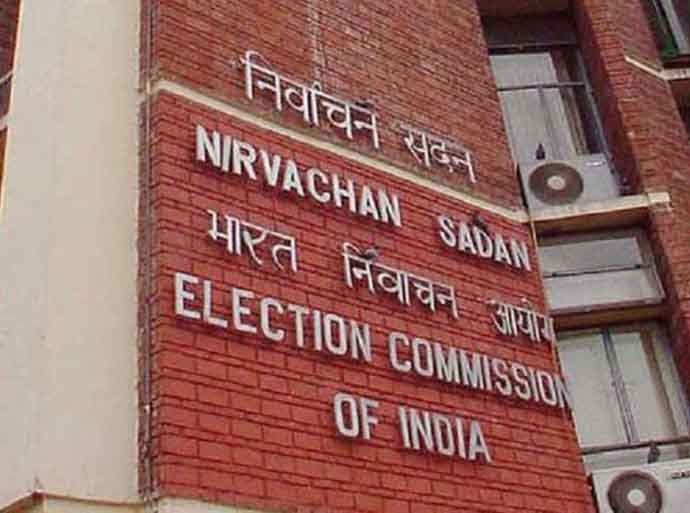 Unfortunately, due to arrogance, a sense of permanence or sheer casualness, successive governments have paid no heed to the demand. Every government of the day thinks that it is there for good. It refuses to let go of its power on the institution, something which it had denounced while in opposition. Immediate political interest subsumes the long-term national interest.

The EC has been fortunate to have established a formidable reputation not just in India but globally. US Senator Hillary Clinton described Indian elections as the gold standard. It is not only the duty of the ECI to ensure that it guards this reputation with all its might, but the political parties are equally responsible too.

The political leaders must remember that they derive their legitimacy from free and fair elections conducted by an independent body that enjoys the trust of the nation. This trust can best be based on an institutional safeguard rather than a pious hope.

Also read: The Election Commission of India must safeguard its own vote for democracy

Post your comment
#Narendra Modi, #Rahul Gandhi, #Congress, #BJP
The views and opinions expressed in this article are those of the authors and do not necessarily reflect the official policy or position of DailyO.in or the India Today Group. The writers are solely responsible for any claims arising out of the contents of this article.