Why India-France defence agreements are crucial for countering China

New Delhi needs ties with important powers to ensure the safety of its sea lanes. 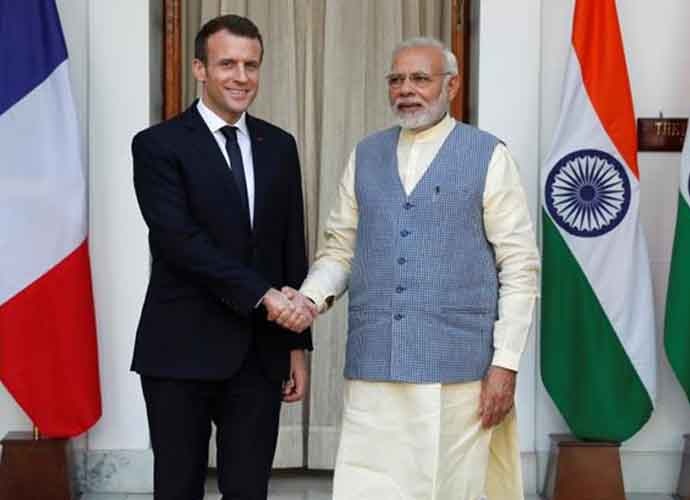 Macron together with German Chancellor Angela Merkel is at the forefront of the fight against climate change and insistent on implementing the Paris Accord despite the US pullout. The French leader has been enthusiastic about India's solar project aimed at harnessing sunlight as an alternative to fossil fuel. The four-day trip naturally includes bilateral talks with Indian leaders.

Modi was at the airport to welcome the president and his wife, Brigitte Macron, on their first official trip to India when they landed on Friday evening, March 9.

India and France are celebrating the 20th year of their strategic ties. Indian leaders, especially the NDA leaders, remember the support extended by France after the nuclear tests of May 1998. The Atal Bihari Vajpayee government's decision to test nuclear bombs at Pokhran, surprised and angered the international community. The US, Britain, China and most of the world came down heavily on the new BJP government.

Then British prime minister, Tony Blair, called for sanctions against India during a European Union (EU) summit which took place in the UK soon after India's tests. It was France that stood by India and argued while individual countries could go ahead with sanctions, Paris would veto any bid at EU slapping restrictions on India. France had its way. Brajesh Mishra, Vajpayee government's national security adviser, travelled to Paris to personally thank the government for its support. The strategic agreement was signed that year.

"Our aim is to begin a new era in ties between our two countries. For France, India is our priority and has always been. India has been France's first ally in the region. It is the entry point for France in the region, and my aim is to make France the entry point for India to Europe," Macron said after a ceremonial welcome in the forecourt of Rashtrapati Bhavan, which kick-started the formal visit. In the past, Britain as a member of the EU had presented itself to India as an entry point to Europe. After Britain's exit, France hopes to take that place.

In a briefing ahead of Macron's visit the ministry of external affairs, emphasised that "Civil nuclear energy, space and defence have been the tripod of this engagement but in recent years we are seeing greater convergence in new areas particularly maritime security, counter-terrorism and renewable energy." 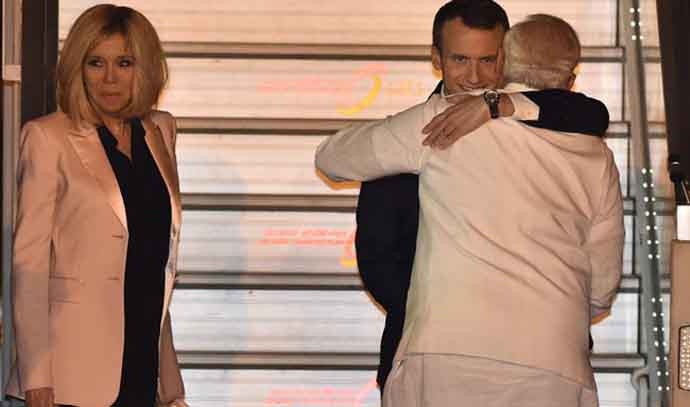 A total of 14 agreements were signed after talks at Hyderabad House on Saturday. Memorandums of understanding were signed on space, railways, combating drugs and other areas.

But the one agreement which is sure to grab the maximum attention is the one of defence. The logistics agreement will help step up military co- operation in the Indian Ocean, where China has been steadily expanding its naval reach. The agreement will allow each country to open its naval bases to the other's warships present in the region. "Today, I consider the agreement of reciprocal logistics support among our armed forces as a golden step in the history of our close defence cooperation,'' Modi said.

There is growing concern in India over the Chinese encirclement policy vis-a vis India. France is a major naval power, and the logistics agreement combined with joint training exercises between the two navies, which are already in place, will help to upgrade India's know-how. The armies of the two countries also hold exercises and annual talks between the two defence ministers have also been announced today.

Apart from Gwadar in Pakistan, Hambantota in Sri Lanka, as well as presence in the Maldivian islands in the Indian Ocean, China has recently acquired a base in Djibouti, East Africa. Of course, many other nations, including France and the US operate bases in the Djibouti. In fact, France has one of its largest overseas deployment in that tiny nation.

As it is quite impossible to counter China's military and naval clout in the near future, India is stitching up ties with important powers to ensure the safety of its sea lanes. Whether it is the US, the UK or France, New Delhi's is forging all its defence relations with an eye on the Chinese challenge.

China now has a blue water navy. It may take perhaps more than a decade for India to join the same league.

The joint statement issued at the end of the March 10 talks mentioned the importance of working together in the Indian Ocean, without mentioning China. "The leaders reiterated that this cooperation will be crucial in order to maintain the safety of international sea lanes for unimpeded commerce and communications in accordance with the international law, for countering maritime terrorism and piracy, for building maritime domain awareness, for capacity building and for greater coordination in regional/international fora.''

The India-France framework civil nuclear agreement signed first in 2008 and again during President Nicholas Sarkozy's visit in 2010, has made no headway. However, now both sides want to seriously take up the building of six nuclear reactors in Jaitapur in Maharasthra. A deal, suitably named the Industrial Way Forward Agreement, was signed between India's Nuclear Power Corporation and France's EDF.

Whether the mess will be entangled and the six reactors built is still an open question.

The Rafale jet aircraft, which has generated much controversy in India, did not come up in the joint statement. India is committed to buy 36 Rafale fighter aircraft for nearly Rs 58,000 crore, the first batch of which will be delivered in 2019.

The Opposition, more so the Congress party, has alleged that the NDA government is paying more for the aircraft than similar what Qatar and other countries paid for similar jets. Meanwhile, though the question of buying more planes may have come up in closed-door meetings, nothing has been said publicly.

Also read: Why Election Commission is having to fight ahead of 2019 Madhya Pradesh polls

#Rafale Deal, #Pokhran, #Narendra Modi, #Emmanuel Macron
The views and opinions expressed in this article are those of the authors and do not necessarily reflect the official policy or position of DailyO.in or the India Today Group. The writers are solely responsible for any claims arising out of the contents of this article.