The Bills promise better pricing for agricultural produce and increased farmer incomes, which were previously squeezed by middlemen and state taxes.

Agriculture accounts for only 15 per cent of India’s $2.9 trillion economy, growing annually at the sluggish pace of 1.5-2 per cent. The Narendra Modi government’s bold moves to fundamentally reform one of the most important sectors of the Indian economy seek to change this. The primary motive behind the three Farm Bills recently passed is to revamp the agriculture value chain and attract the necessary investments to build world-class farmgate to market infrastructure. These Bills promise to remove government-imposed barriers so that farmers gain access to national markets to sell their produce, realising increased incomes.

So why the hue and cry? Is the government really dismantling the minimum support price (MSP) regime and making Indian farmers subservient to corporate India? Not at all. In the selected states of Punjab, Haryana and Andhra Pradesh, the government and Food Corporation of India (FCI) will now become the buyer of last resort instead of the only buyer as always intended. In most states, these new laws will increase the price realisation for farmers substantially. The uproar over dismantling the APMC bodies is hyperbole for several reasons.

The first is that APMCs were strategically useful when the country was short of produce and consumers needed the government to procure food grains, a scenario that has largely disappeared in view of the sizeable national food grain buffer stock. Second, the government has clarified that it will not touch the existing APMC structure and will promote an integrated ecosystem of mandis along with private trading. Furthermore, the MSP will remain in place for farmers’ financial security and the government has in fact announced an increase in the MSP.

By removing the market-distorting interventions of the government and limiting the use of exceptional measures under the Essential Commodities Act to true emergencies, the government has brought the entire food value chain closer to a free-market system. The intent is to convert the MSP from a maximum realised price to a support price as designed. This automatically empowers farmers financially. The oft-underestimated economically astute farmer will now have the option but not the obligation to sign long-term corporate leases for marketing their produce, creating more income security. 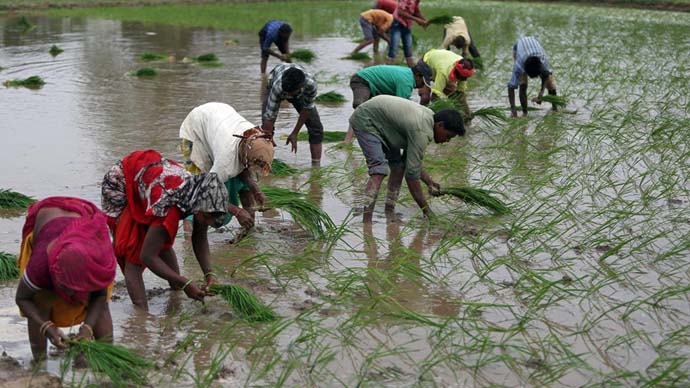 Indian agriculture is characterised by small landholdings, with over 80 per cent of Indian farmers having less than 5 hectares of land. (Photo: Reuters)

Clearly, the government has addressed many structural issues in agriculture with legislative masterstrokes that are easily the most transformational reforms since 1991. Easy market access for farmers, enhanced corporate involvement and increased infrastructure investment will make Indian agriculture globally competitive and an export powerhouse in the coming decade. This provides an unprecedented chance to catapult annual GDP growth in agriculture to 4-5 per cent and create millions of high paying agrarian jobs.

No one will argue with the fact that agriculture, which employs half of India's population, has been in dire need of reform for the last few decades. The bottlenecks impeding the sector, including low farm productivity, fragmented land holdings, lack of storage infrastructure and high indebtedness, are causing the persistent agrarian distress in India. Indian agriculture is characterised by small landholdings, with over 80 per cent of Indian farmers having less than 5 hectares of land. The result is low economies of scale, limited access to technology and high marketing costs. Farmers’ options for selling their produce is limited to the state government designated mandis. Government procurement infrastructure (through FCI) is limited to a handful of crops and only three states – Punjab, Haryana and Andhra Pradesh. Less than 20 per cent of Indian farmers benefit from the much-touted MSP regime. India has a surplus in most agri-commodities, yet farmers do not get fair prices, realising less than a quarter of the retail price for most crops.

With the new Farmers’ Produce Trade and Commerce (Promotion and Facilitation) Bill, 2020, farmers will now able to sell their produce anywhere in the country as part of the 'One Country One Market' policy, freeing producers and traders from the agricultural ‘license raj’ perpetrated by the APMC laws. This promises better pricing for agricultural produce and increased farmer incomes, which were previously squeezed by unscrupulous middlemen and cumbersome state taxes.

This legislation will obliterate the role of rent-seeking intermediaries and will lay the foundation of a true digitally enabled national agricultural marketplace, and hence a level playing field for all farmers. Under the Farmers’ (Empowerment and Protection) Agreement on Price Assurance and Farm Services Bill, 2020, farmers now have the freedom to engage in contract farming. This paves the way for better land utilisation and long-term financial security while providing access to modern technology and reducing the cost of marketing.

The amendments in the Essential Commodities Act (1955), which remove some produce from the list of essential commodities, is the saving grace for farmers who, despite bumper harvests or spiralling consumer demand, are forced into distress sales by government-imposed arbitrary stock limits and unfair price caps. The freedom to produce, hold, move, distribute and supply will now allow farmers to harness economies of scale and will mitigate the commodity price risk of private investors, attracting FDI for cold chain development and modernisation of agricultural storage.

Things have never looked better for farmers in India.

Also read: Farm Bills: What corporatisation did to agrarian societies of the world

#Agricultural income, #Farmers' rights, #Agricultural reforms, #Farmbills
The views and opinions expressed in this article are those of the authors and do not necessarily reflect the official policy or position of DailyO.in or the India Today Group. The writers are solely responsible for any claims arising out of the contents of this article.

The writer is the Managing Partner & CEO of Arthur D Little, India and South Asia.