Why Punjab is Angry

India Today Editor-in-Chief Aroon Purie talks about the implications of the farmers’ agitation and its impact on India’s breadbasket state, in the December 21, 2020 edition of the India Today Magazine.

Introducing fundamental reform in any country is a painful and challenging process, and even more so in a democracy. There are vested interests to contend with, opposing political parties all too willing to exploit any popular protest. In India, it is especially arduous because not only are we a democracy but also a federal republic. In addition, we are an economy steeped in decades of socialism, which has bestowed on us a legacy of populist policies. Any attempt to libera­lise the economy and make it more subject to market forces is met with stiff opposition. Over the past week, hundreds of thousands of farmers have laid siege to the borders of the national capital, the trigger being three contentious farm laws: the Farmers’ Produce Trade and Commerce (Promotion and Facilitation) Act, 2020; the Farmers’ (Empowerment and Protection) Agreement on Price Assurance and Farm Services Act, 2020; and the Essential Commodities (Amendment) Act, 2020. These legislati­ons are based on the sound guiding principle of one nation, one market, enabling farmers to sell their produce anywhere in the country, thus ending their dependence on the state as the primary buyer. 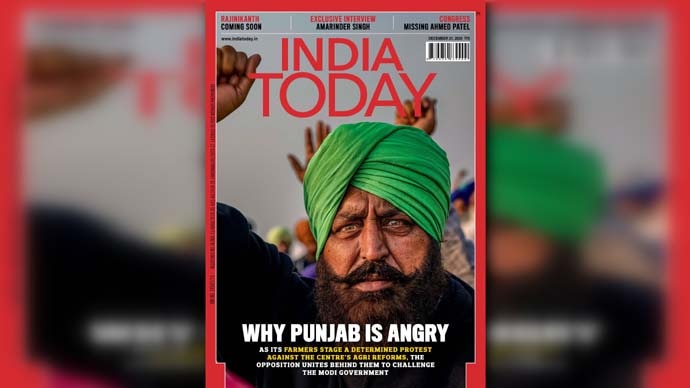 Punjab contributes 11.9 per cent to India’s annual wheat and 12.5 per cent to its paddy harvest. Some 1.1 million households in the state depend on agriculture. For instance, in the rabi and kharif seasons in the past year, central agencies spent Rs 52,000 crore to procure 85 per cent of Punjab’s agriculture produce. The Centre and the state both have to pump in Rs 14,000 crore in subsidies to provide free power, cheap fertilisers, seeds with artificially-controlled prices to keep farmers’ input costs low.

Farmers fear the new bills will disrupt the well-established system of arthiyas and the Agricultural Produce Marketing Committees or APMCs. They apprehend that corporates will enter without paying any fees and that, over time, APMCs and assured procurement by central agencies at the Minimum Support Price (MSP) will be done away with.

However, the causes of Punjab’s angst run far deeper and reflect what ails India’s agriculture sector. The Green Revolution has run its course, and Punjab cannot break out of the wheat and paddy trap and switch to more lucrative crops. The excessive reliance on MSP has led to stagnating revenues, skewed cropping patterns and depleted water tables. At Rs 2.1 lakh per indebted farm household, rural indebtedness in Punjab is among the highest. Over the past decade, 3,500 farmers commi­tted suicide mainly because they could not repay their debts. Some 72 per cent of landholdings in Punjab are under five acres. States like Madhya Pradesh are now growing more wheat, signifying that Punjab is beginning to see the law of diminishing returns. Yet, agriculture remains its mainstay as the job-generating industries that fled during Punjab’s days of militancy have yet to return.

It’s hard to fault the reformist intent of the three farm laws. Our last cover called it Farm Revolution 2.0, the long-del­ayed next big leap after the Green Revolution. Where the Centre’s erred is in not following an extensive consultative process by speaking to all stakeholders, especially as agriculture is a state subject.

That these pieces of legislation were promulgated as ordinances in June and became law in September without much debate in Parliament raised doubts regarding the haste in enacting them. Perhaps, sending it to a parliamentary committee would have pre-empted the widespread protest the government is now facing. It definitely needed to do more groundwork before introducing such a significant reform. In the six and a half years of the Modi government, there has been a near absence of mass agitations. When there has been protest, like against the Goods and Services Tax (GST) in 2017 or the enactment of the Citizenship (Amendment) Act, 2019, last December, the government determinedly refused to speak to the protesters. Seeing the scale of the protest this time and the fact that they are dealing with a crucial vote bank, the government has been pushed to negotiate with the farmers. Inevitably, seeing its discomfort, opposition parties have jumped into the fray to exploit the agitation for political ends.

Our cover story, ‘Why Punjab is Angry’, written by Group Editorial Director (Publishing) Raj Chengappa and Senior Editor Anilesh S Mahajan, looks at the implications of the farmers’ agitation and its impact on India’s breadbasket state. We also have an exclusive interview with Punjab Chief Minister Amarinder Singh.

The farmers need to be spoken to and, more importantly, the government needs to roll out a plan to diversify crop patterns. Neighbouring Haryana, for instance, has been handing out Rs 7,000 per acre to help farmers move away from water-guzzling paddy. If India has to progress, it has to change its lopsided economy where over half of its total workforce is employed in agriculture, which contributes only 17 per cent to the GDP. With 86.2 per cent of farms being under two hectares, most Indian agriculture operates on a subsistence level. We suffer from an enormous problem of disguised unemployment. Farmers need to be provided productive jobs outside their land, which means reskilling and developing rural infrastructure so that farm-related industries like food processing can provide the necessary employment. Otherwise, the Modi government’s promise four years ago of doubling farm incomes by 2022 will remain a distant dream. Farm Revolution 2.0 needs a holistic approach and must stay the course. More importantly, it needs to take its key stakeholders along.

(India Today Editor-in-Chief's note for the cover story, Why Punjab is Angry, for December 21, 2020)

#India today magazine, #Farm laws, #Punjab Farmers, #Farmersprotest
The views and opinions expressed in this article are those of the authors and do not necessarily reflect the official policy or position of DailyO.in or the India Today Group. The writers are solely responsible for any claims arising out of the contents of this article.