How Finland and Sweden are preparing for a war with Russia

Russia invaded Ukraine more than 2 months ago. A brutal war is still being fought. The destruction of lives, livelihoods, trauma, property and everything else cannot be simply cannot be quantified. However, Vladimir Putin, who started the war with Ukraine, doesn’t seem to be ending the destruction any time soon. 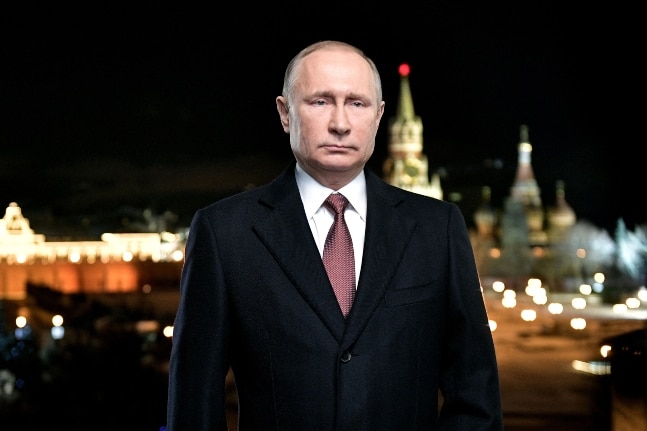 Putin’s aggression in Ukraine has sent alarm bells ringing in several countries, especially those in Europe. Some countries are even going back on their historically held security beliefs.

WHICH COUNTRIES ARE AT RISK OF BEING TARGETTED BY RUSSIA?

Finland and Sweden know what we all know now: If Ukraine had been in NATO, Putin would have never invaded.

While almost all of Europe and the West risk war with Russia, if any one member is attacked by Moscow; there are other non-NATO EU countries that are just as vulnerable.

However, two countries at the most risk –

HOW DO YOU BECOME A MEMBER OF NATO?

Had a phone conversation with President of Finland @niinisto. Commended the readiness of ?? to apply for NATO membership. We also discussed Ukraine's European integration. And ?? - ?? defense interaction.

With Finland, relations with Russia have reached a boiling point. On Thursday, May 12, 2022, Finland announced that they will be applying for NATO membership.

This marks the end of Finland’s neutral foreign policy it held on to since the end of World War 2. Interestingly, Finland had fought off a Soviet invasion in 1939-40, and then in 1944, when it was aligned with the then Nazi Germany.

This announcement has not gone down well with Moscow. Russia has already warned Finland of repercussions if it brings NATO’s military power to its borders. However, the Kremlin did not elaborate on what actions would be taken.

Finland's President Sauli Niinisto & Prime Minister Sanna Marin announced their intentions to join NATO today. The application process should occur “without delay” within the “next few days.” Sweden is likely to make the same declaration on May 15.

Sweden is the other country that is the most vulnerable to an attack by the Russians. While it is already a member of the EU, it is not a member of NATO yet. During the World Wars and the Cold War, Sweden remained a neutral country, not taking sides in any of the wars. In fact, according to Business Insider, Sweden has not gone to a direct war with anyone since Napoleon was alive. That was nearly 200 years ago.

However, it seems like Russia is keen to end that run for Sweden. Unlike Finland, Sweden doesn’t share a land border with Russia. But in April this year, Russia proved how close for comfort it can get to Sweden, when a Russian fighter jet violated Sweden’s airspace.

Sweden too has voiced its desire to join NATO.

WHEN WILL SWEDEN AND FINLAND BECOME NATO MEMBERS? If and when Finland and Sweden apply for NATO, their applications are expected to be fast-tracked, a first for NATO if it happens. It usually takes more than a year for a country to be accepted as a NATO member.

For NATO, having Finland and Sweden in the strategic alliance would boost the security and stability in the Baltic region. It would also provide more protection for Baltic NATO members – Latvia, Estonia and Lithuania. These three countries are also vulnerable to a Russian invasion because of the substantial Russian ethnic minorities that Putin has used as an excuse for the Ukraine invasion.

However, for Finland and Sweden to enjoy Article 5 of the NATO alliance, which states that an attack on one NATO country is an attack on all, it would take all the parliaments of 30 member states to have approved the decision.

But the US and UK have already pledged help to both the countries if an invasion or attack by Russia comes before they are fully part of NATO.

Since a little before the Russian invasion of Ukraine, Finland and Sweden each had started ramping up their security measures around the border and near the Baltic Sea. Both the countries have ramped up military cooperation with each other.

While Finland already spends 2% of its GDP on military defence, in line with NATO requirements; Sweden too is planning to soon increase its spending on armed forces.